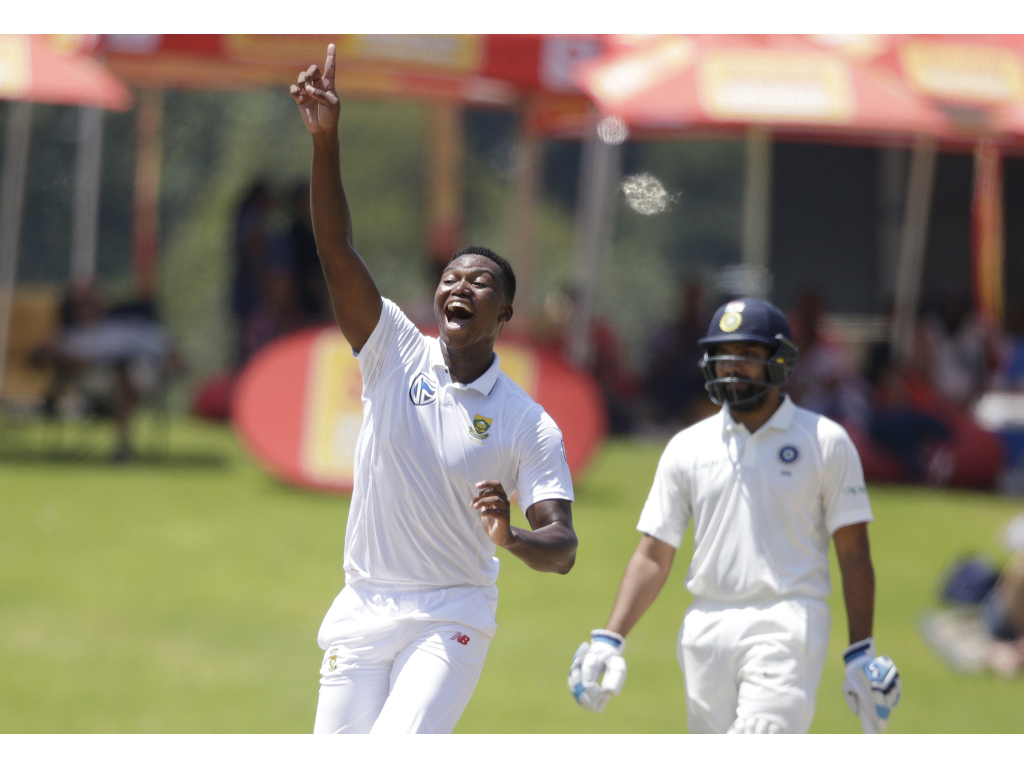 1 WHAT THE PUJARA? Cheteshwar Pujara conspired to run himself out for the second time in the Test match on the fifth morning. Pujara is a man who has many strengths but speed across the ground is not one of them and this run out preceded a batting implosion and would have been disappointing for both him and the team.

Early breakthrough for the Proteas as Pujara is run out by @ABdeVilliers17 👏.
India are 55-4 after 28 overs chasing 287 for victory.
Watch live on SS2 & @DStv Now.#SAvIND pic.twitter.com/2FhAS17hYK

2 A FLYING GIRAFFE: Morne Morkel showed that despite his size he is a capable fielder sprinting around on the fence before completing a diving catch to remove Parthiv Patel who couldn’t resist hooking a short ball from Kagiso Rabada. Morkel didn’t look like he would get around but somehow covered the distance and held onto the ball.

3 SHARP IN THE FIELD: The Proteas were on their toes in the field on the final day clearly eager to do all they could to close out the win and secure the series at Supersport Park, the Morkel catch was the first of a string of brilliant catches and was followed by a one-handed grab from Quinton de Kock and a diving catch from AB de Villiers to remove Rohit Sharma but they were also sharp along the ground looking to save every run.

Only one word. Genius. Is there anything that @ABdeVilliers17 cannot do on a cricket ground? That was the catch of the series.

4 SMILING ASSASSIN: Lungi Ngidi has a winning smile and we were treated to plenty of flashes of his pearly whites as the young man capped a fine debut with figures of 6 for 39 in the fourth innings which earned him the man of the match award at his domestic home ground. Ngidi showed that he has what it takes to be a success at Test level, demonstrating a lethal bouncer.

Look at that smile 😁 Man of the match on debut. Take a bow @NgidiLungi you champion #SAvIND pic.twitter.com/41H9tdUJPG

5 INDIA POINT THE FINGER: For India the post-mortem begins with questions around selection and preparation already being asked with Ajinkya Rahane left out of both Tests alongside Umesh Yadav. India also decided to scrap their warm-up fixture ahead of the first Test of the series which some though smacked of hubris from the world number one team who arrived just days ahead of the first match in Cape Town.

“I’m not going to try and comfort anyone, we need to be hard on ourselves and ask if we are giving everything when we go out there.” pic.twitter.com/eu4YUq3GQd