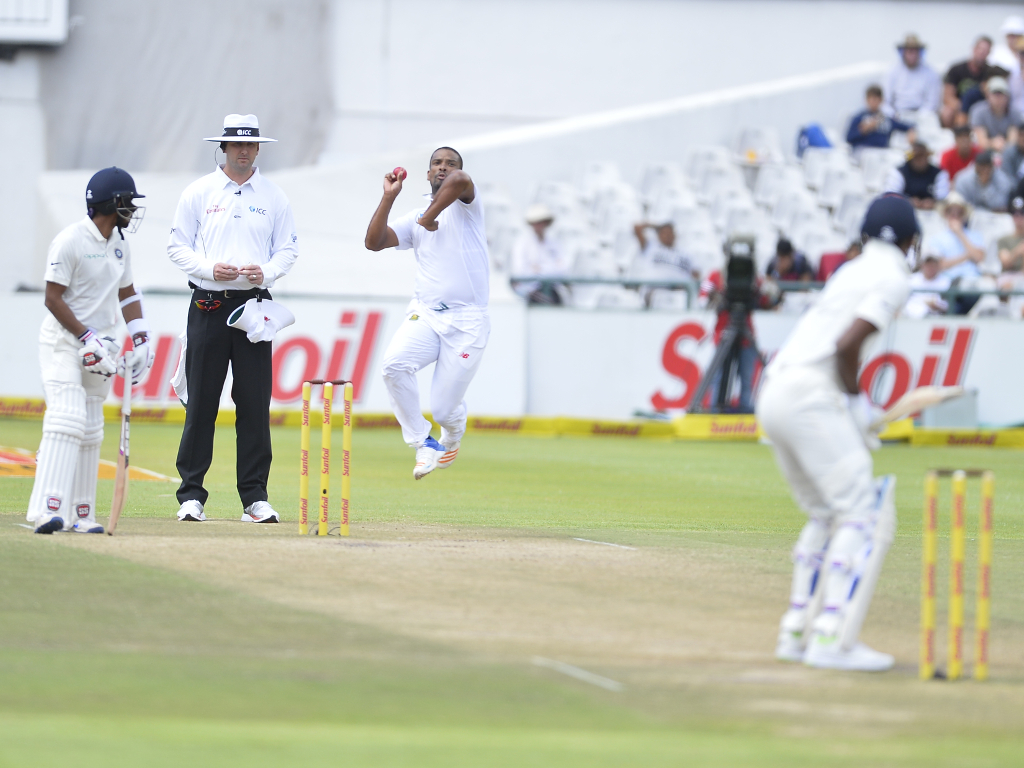 1 MONDAY MORNING BLUES: The Proteas resumed their second innings on 65 for 2 on Monday morning having lost Sunday to rain and found it heavy going early on. They would add another 65 runs before lunch on day four but lost all eight of their remaining wickets in a frantic morning session with AB de Villiers carrying the effort with 35 off fifty balls eventually being the last man out as he holed out trying to smash Jasprit Bumrah for six over the midwicket fence. The pitch once again looked lively after spending a day sweating under the covers. 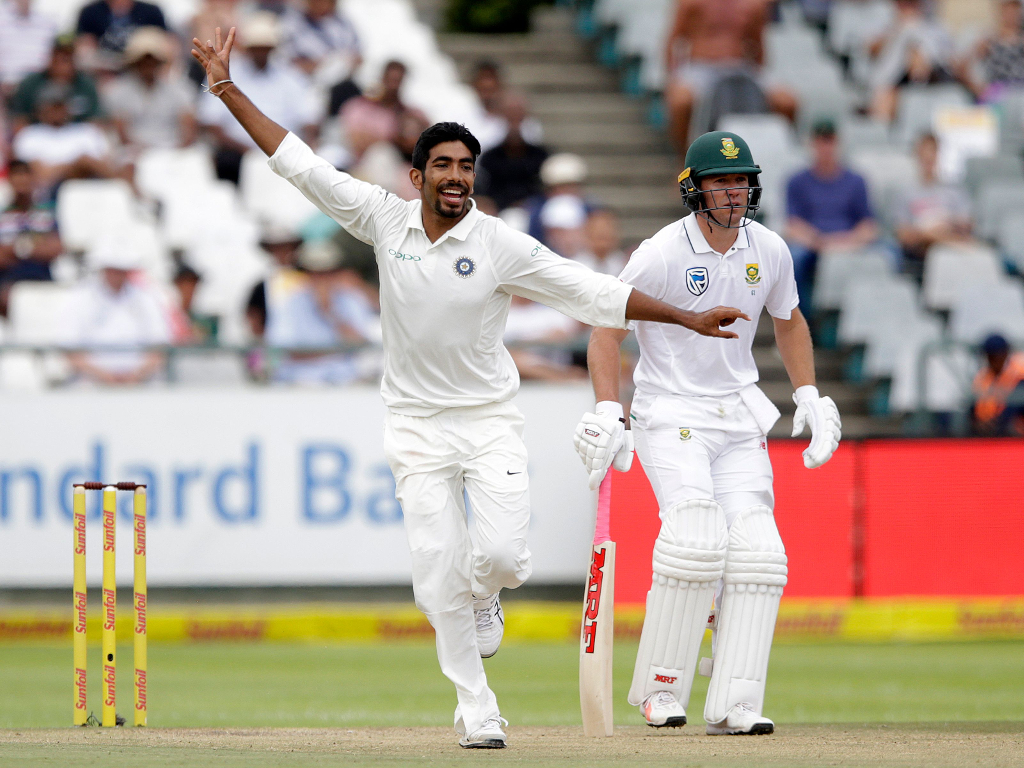 2 DOUBLE DELIGHT FOR BUMRAH: Jasprit Bumrah became the second India bowler to dismiss AB de Villiers in both innings of a Test after Amit Mishra who achieved the feat in Mohali in 2015. Bumrah is the only bowler to dismiss De Villiers in both innings while making his Test debut. The unconventional seamer also bagged the wickets of skipper Faf du Plessis and Qunton de Kock playing a big part in the second innings collapse.

3 STEYN SHOWS HIS HEART: With South Africa desperate to add a few extra runs and De Villiers still at the crease an injured Dale Steyn made his way out to the middle to rapturous applause from the Newlands faithful. In the end the brave gesture made little difference as De Villiers would fall without adding any further runs to the total but Steyn did manage to keep out four balls from Bhuvneshwar Kumar after limping out to the middle, with the quick unable to run De Villiers was forced to try to hit a few boundaries.

4 THE RAVENSMEAD WRECKER PUTS ON A CLINIC: Vernon Philander may not have the express pace of Kagiso Rabada or generate the bounce that Morne Morkel can but his ability to take wickets is absolutely undeniable. He nipped out opener Murali Vijay in his opening spell from the Wynberg End before returning from the Kelvin Grove end to send the crowd to seventh heaven as he accounted for both skipper Virat Kohli and the final specialist batsman Rohit Sharma, he beat the bat on a number of occasions and twice convinced umpire Michael Gough that he had dismissed Vijay only for the opener to save himself with a pair of smart reviews. Philander was a constant threat to the batsman landing the ball in troubling areas more often than not.

Philander’s done everything similar here to what he did in the first innings. Well, almost.#SAvInd pic.twitter.com/blxLG0lBQX

5 PROPER TEST CRICKET! Throughout the contest there were definite shifts in the balance of the Test leaving the game in a constant state of tension and that is what Test cricket is all about. Small things can wind up making a huge difference and on day four the game went back and forth first as India knocked over South Africa cheaply, then the Proteas scored early wickets but it wasn’t over as Kohli began to look like he could engineer a brilliant chase, he went and it seemed so had all hope but then Ravichandran Ashwin and Bhuvi got India back into the contest on a breathless day. The pair put on fifty for the eigth wicket before a Philander triple strike killed off the challenge.

One Test of South Africa-India has already offered more on field drama – real, not manufactured – than five Ashes Tests