Gabriel tears through Sri Lanka to give Windies the edge 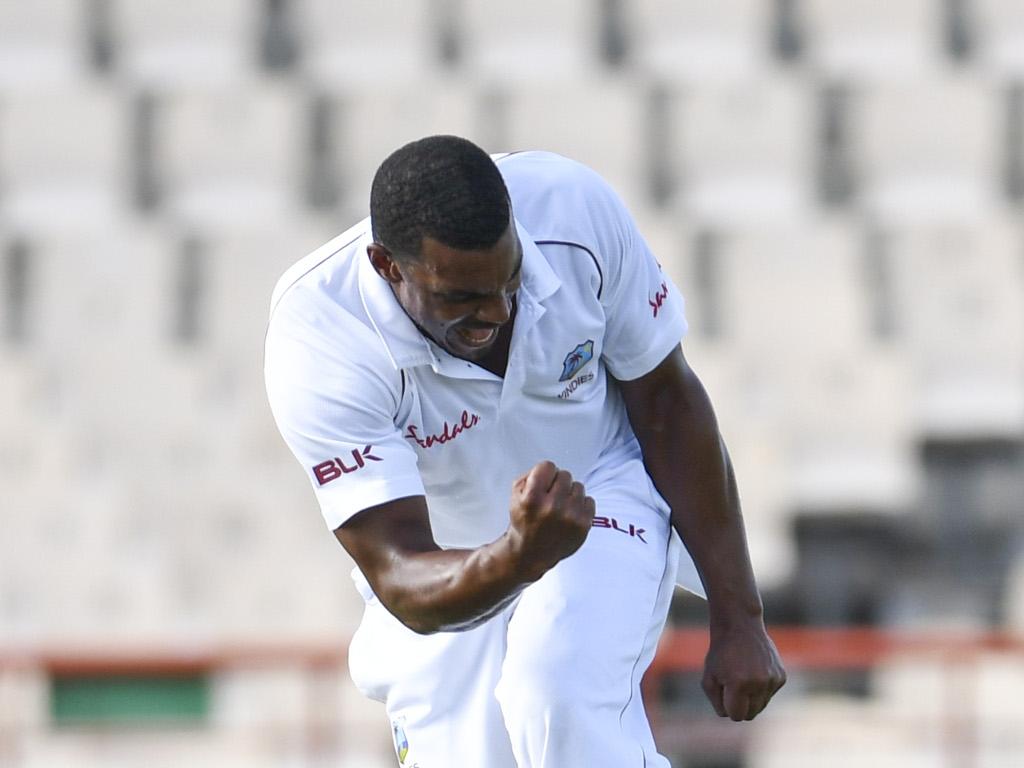 A Dinesh Chandimal century was not enough for Sri Lanka to assert themselves on day one of the second Test against the West Indies at Gros Islet as a Shannon Gabriel five wicket haul led a strong bowling display.

Gabriel was ably assisted by opening bowling partner Kemar Roach with the new ball pairing sharing nine wickets between them while skipper Jason Holder picked up the spare.

Mahela Udawatte lasted just two balls before nicking off to Gabriel and Sri Lanka found themselves sliding into a hole early on when Dhananjaya de Silva departed for just twelve castled by the same bowler, they were 15 for 2.

For a time Kusal Mendis (45) and Kusal Perera (32) offered some resistance progressing to 59 together before the latter became Roach’s 150th Test wicket.

Mendis would stick around with Chandimal to give the tourists hope of a strong middle order effort as they moved on to 126 but with fifty in sight Holder found the edge of his bat.

Of the lower order only Niroshan Dickwella (16) was willing to tough it out with Chandimal (119) and Sri Lanka crumbled to 253 all out.

Gabriel would end with figures of 5 for 59 while Roach bagged 4 wickets at the cost of 49 runs.