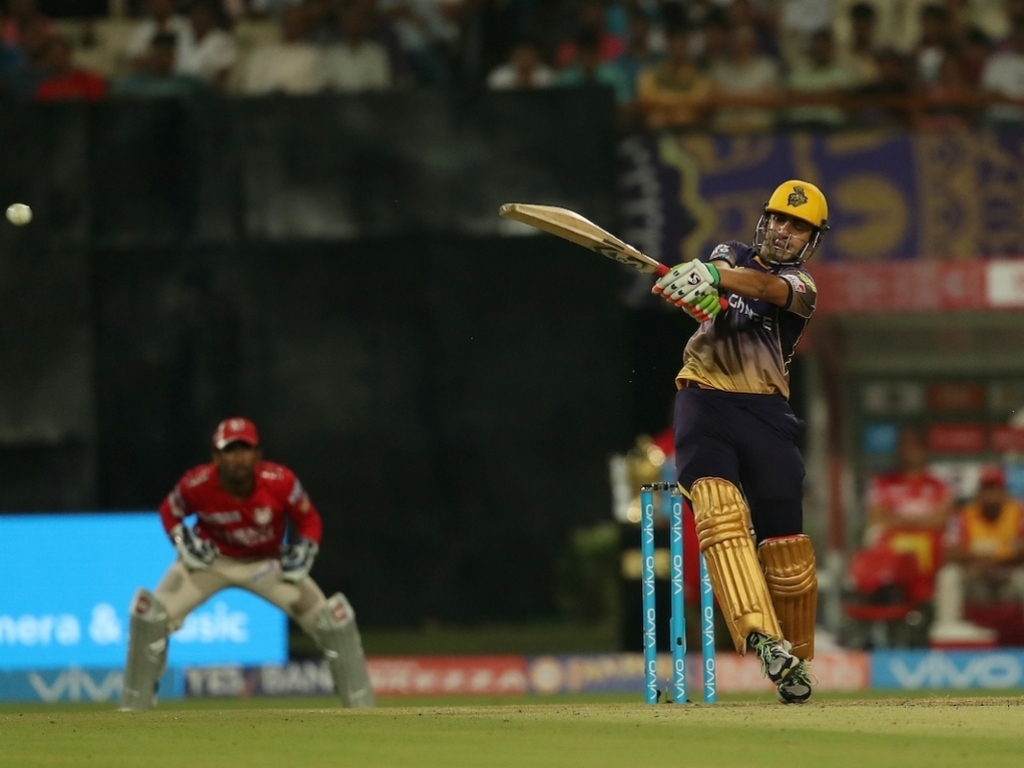 An unbeaten knock of 72 from skipper Gautam Gambhir helped the Kolkata Knight Riders ease to an 8 wicket win over the Kings XI Punjab at Eden Gardens.

The Kings XI posted 170/9 in an effort full of cameos but lacking a big knock that may have allowed them to post a winning total.

Five of the Kings XI batsmen got into the 20s all of them going at a decent strike rate as well but none could kick on.

Hashim Amla (25) and Manan Vohra (28) got the Punjab franchise off to a great start with a 53 run opening stand but KKR were able to strike consistently throughout the innings to prevent the Kings XI from kicking on.

Skipper Glenn Maxwell (25), David Miller (28) and Wriddhiman Saha (25) also got starts but all three were nipped out by Umesh Yadav whose figures of 4 for 33 left him as the pick of the bowlers.

In the end the Kings XI were probably 20-30 runs light with KKR not struggling at all to overhaul the target.

The home side gambled with Sunil Narine as an opener in place of the injured Chris Lynn, and it paid off.

The spinner hit 37 off just 18 balls in a 76 run partnership that saw the KKR set a new team best for runs in the powerplay and enabled Gambhir to control the rest of the innings with aplomb.

There were handy contributions from Robin Uthappa (26) and Manish Pandey (25*) but the game belonged to skipper Gambhir who for the second time this IPL batted through the chase to see his team over the line.

Losing skipper Maxwell was unsurprised at Narine’s success having seen him wield the willow up top in the Big Bash: “I thought we had a chance with 170, the ball was swinging and seaming. We had an extra quick. I was not surprised by Narine opening the batting, he has done it in the Big Bash.

“They got away from us and that opening partnership basically took the wind out of us. One poor over where we lost three wickets, then we lost our way. We will have to regroup for Delhi.”

Gambhir was happy with the wicket and his troops: “This is a beautiful wicket to bat on and we had some quality fast bowlers. Umesh coming back made it easy for us. I need to start trusting Narine with the bat now.

“He is a quality bowler, and the leader of the attack irrespective of the conditions. Narine can hit a big ball, we have a long batting line-up, and so we sent Sunil in at the top. He won’t face many balls at No. 9 anyway.”