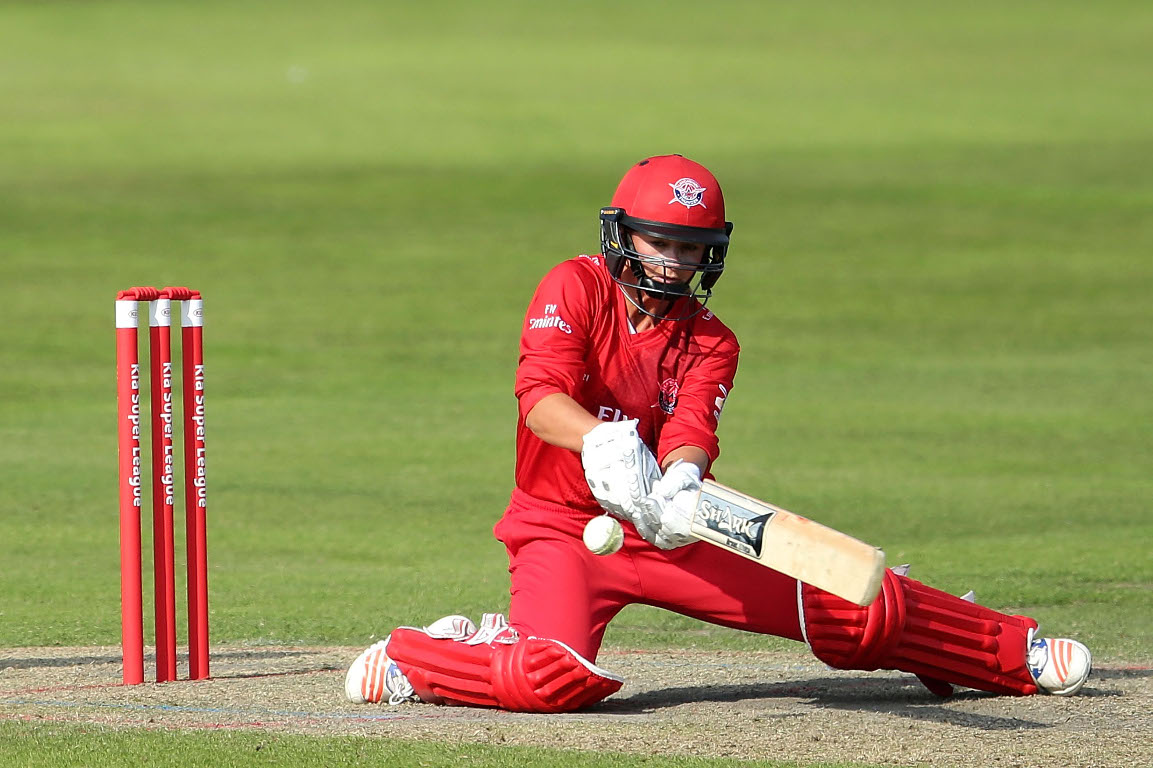 The Hundred will run as both a men’s and women’s competition but, while the men’s T20 Blast will continue, the successful Kia Women’s Super League – and its teams – will be disbanded.

It means England players will potentially be left playing no top-level domestic cricket in the format that has become the driver of the women’s game.

“I’m really hoping that the ECB have a plan in motion to continue some sort of Twenty20 tournament around the time the Blast is going to be played,” Guha told Cricket365. “Otherwise the girls won’t be getting any top-level Twenty20 cricket to be able to prepare for internationals that they play.

“We all know now that while 50-over one-day cricket has been fantastic for women’s sport – and the World Cup is always a huge, huge moment to be involved in – Twenty20 has been an incredible vehicle for the women’s game.

“The more they can play that the better it will be, and the more power hitting we’ll see as well.

“That was one of the biggest things about last year’s World Cup, the level of power hitting that we saw. Not just one or two players in each team it was pretty much everyone that was able to clear the ropes.”

The last couple of years have been huge for the women’s game, with Sky Sports Cricket’s Guha among a growing crop of female broadcasters covering both men’s and women’s cricket while professionalism has sent on-field standards soaring.

England’s World Cup win last year was seen by many as a watershed moment for the sport, with Lord’s match-winner Anya Shrubsole this year’s Wisden cover star and two of her team-mates joining her among the Five Cricketers of the Year.

The WBBL is a big hit in Australia, while India’s run to the World Cup final raised women’s cricket’s profile in its biggest market.

There will be a Women’s Challenge Match featuring top talent from India and around the world ahead of this year’s IPL Qualifier 1 with the long-term goal of a women’s IPL.

“It’s just a build-up of what’s been incredible support from all aspects of the game really, administration, media, increased participation of young girls in cricket,” said Guha.

“That’s developed into this professionalism that we now see with the England women’s cricket team but also across the world. Teams are now professional, and they’re able to train and play full-time which inevitably leads to better skills and more competition.

“The IPL challenge match was really a natural progression from the T20 Challenge Cup that they’re playing in India, with the hope that the exhibition game can lead to greater things, for a women’s IPL potentially.

“Obviously depth is always going to be important in terms of the number of girls playing in India, but they can maybe change up the format slightly, have more overseas players involved in the teams until India are ready to have more players. It would be brilliant and it is very much a natural progression.”

But with the launch of The Hundred the ECB must take care not to lose any of the momentum that has been built up, warns Guha, who says the timing and visibility of the women’s games in The Hundred must be carefully considered.

“I understand why they wanted to incorporate the women’s tournament in with the men from a marketing and commercial point of view. It’s been very successful over in Australia with the BBL, marketing the girls alongside the men.

“But it’s crucial to get that visibility right. You don’t want to have, after all this success, the women being lost amongst the men.

“It’s vital to really think hard about when the women’s games are played, whether they’re played even before the men’s tournament starts.”

On the controversial format itself, Guha is “open-minded”, but even with 148 international wickets to her name admits she would have “made sure” not to bowl the 10-ball over.

“But it does also present an opportunity,” Guha said. “How is that going to play out? Are batsmen going to play in a different way to make sure they’re in to play the 10-ball over?

“Obviously the stats won’t measure up against any other tournament in the world because it’s a completely new thing so in a way bowlers don’t need to worry; they can go for 20 off the over and that might be par. And batsmen will be taking more risks.

“The hundred balls, it does mean it’s a bit shorter, it means if broadcasters want to start at six or 6.30 it can still encourage families to come along and watch the games and get their kids to bed on time.

“But I really hope the ECB are also thinking about a women’s T20 tournament.”