Hales admits he is on the bubble after lean run 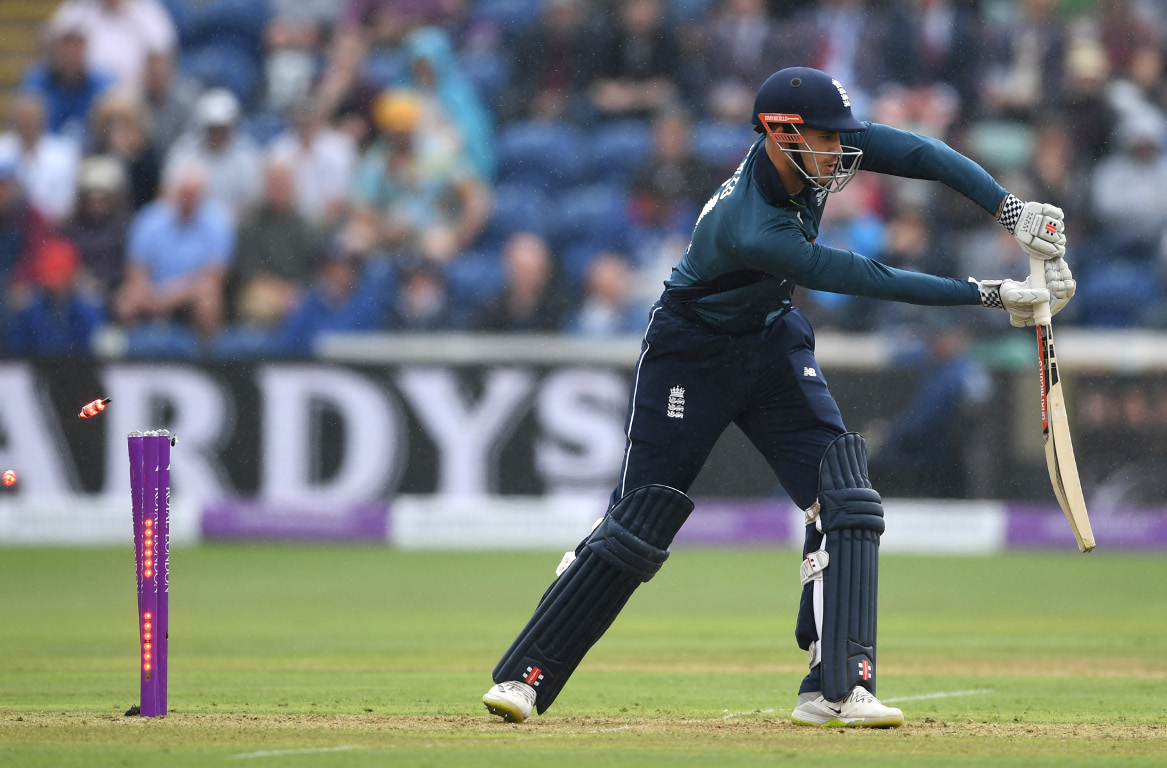 England batsman Alex Hales has admitted that on recent form he is most likely to be dropped from the team to accommodate the return of allrounder Ben Stokes.

Stokes injured himself during the first Test against Pakistan and is only expected to return to action during the T20I series against India but Hales is feeling the heat nonetheless.

With Stokes out injured England have employed Hales at number three behind Jason Roy and Jonny Bairstow who have both hit hundreds in recent innings against Scotland (Bairstow) and Australia (Roy).

“Obviously, there is pressure. I’ve got to try and get my place back. That’s up to me,” he said.

“Those two have come in and done really well since the West Indies series. Jonny’s been knocking the door down for a few years now and every time he got a chance, he took it.

“I guess now I’m in that position where I’m on the fringes and any chance I can get, it’s up to me to convert big runs and put some pressure on those two.

“I was disappointed not to get over the line against Scotland. I got into a good position there and gave it away a little bit. I’m searching for my form a little bit but in the nets I’ve been practicing really well.

“Mentally, I feel pretty good and playing at our home ground, where I’ve got a good record, hopefully I can put in a big performance.

“Looking at the way it is, I’ll probably be the one to drop out (when Stokes returns) with my batting at three. That’s what happened when we went from Australia into the New Zealand series. It can change quickly. It’s up to me to use these three games well and try and score as many runs as possible.

“It’s up to me to make sure I can stay in form, stay confident and keeping putting pressure on those two.

“There are some seriously talented players who can’t get in the 15-man squad at the moment. It’s good healthy competition and it keeps everyone on their toes. It keeps everyone striving to improve which is important.”

His home ground in county cricket and the scene of his highest score in ODI cricket, Hales couldn’t pick a better venue to come good at than Trent Bridge that will host the third ODI against Australia on Tuesday.

“If I could pick a venue to bat at this would be it, particularly in white-ball cricket,” he said.

“I’ve had a decent net today and I feel confident so it’s just a question of turning up mentally fresh and confident tomorrow heading into the game and put in a performance because I’m desperate to score some runs, particularly at my home ground.

“You always want to impress in your home city and I’m lucky enough to have a good record here. I guess there is a bit of added pressure because you want to please the home fans you play in front of week in week out. There’s a bit of pressure but I enjoy it so hopefully it will be a good day.”

ALSO READ: Short and Head to front up with Finch remaining in the middle

ALSO READ: Stokes and Woakes out of Australia ODI series