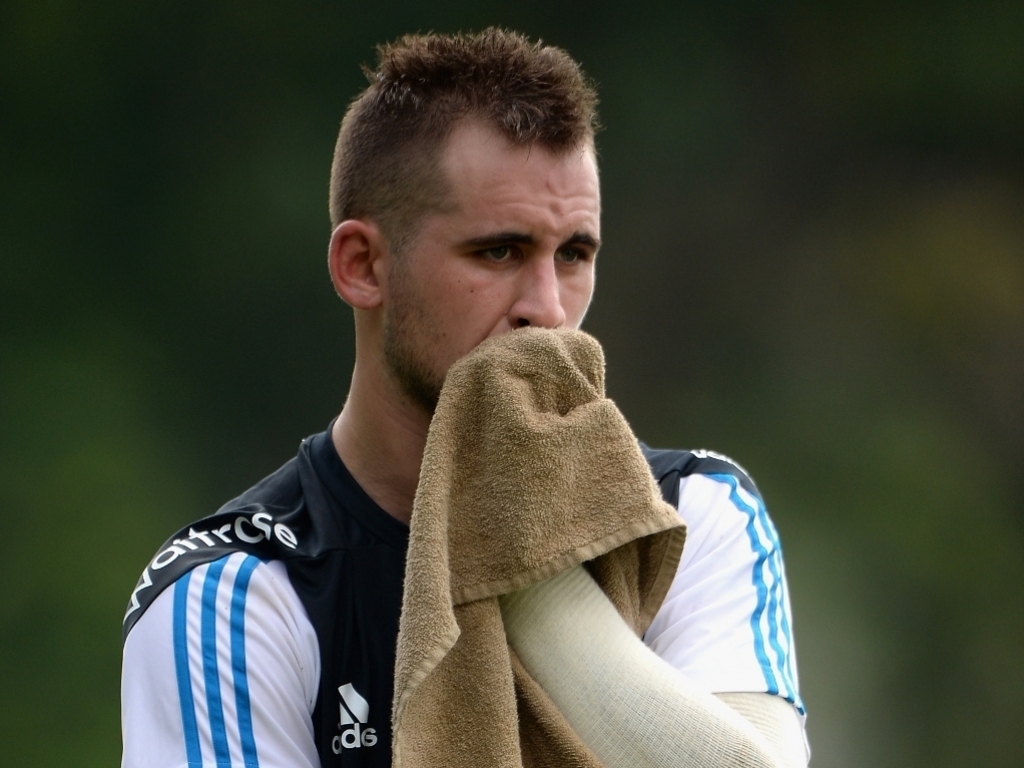 Opener Alex Hales is in doubt for England’s third and final ODI against India at Eden Gardens in Kolkata having injured his finger during the second match in Cuttack.

Hales suffered the injury in the field when he dived in an attempt to complete a catch that would have dismissed centurion MS Dhoni, despite the knock he came out to bat but made only 14 before he was dismissed by Jasprit Bumrah.

The right-hander was spotted wearing a sling at the airport and Sky Sports reports that he will have the injury assessed when the team arrives in Kolkata.

Should Hales be ruled out he will likely be replaced by Sam Billings who had an impressive tour of Bangladesh but has not featured in India.

England also copped a fine for their slow over rates during the second ODI with skipper Eoin Morgan pleading guilty to the offense.

The captain was fined 20% of his match fee while the remaining members of the team were hit with a 10% fine.

England take on India in the 3rd ODI in Kolkata on Sunday January 22.