Has the WACA gone soft? 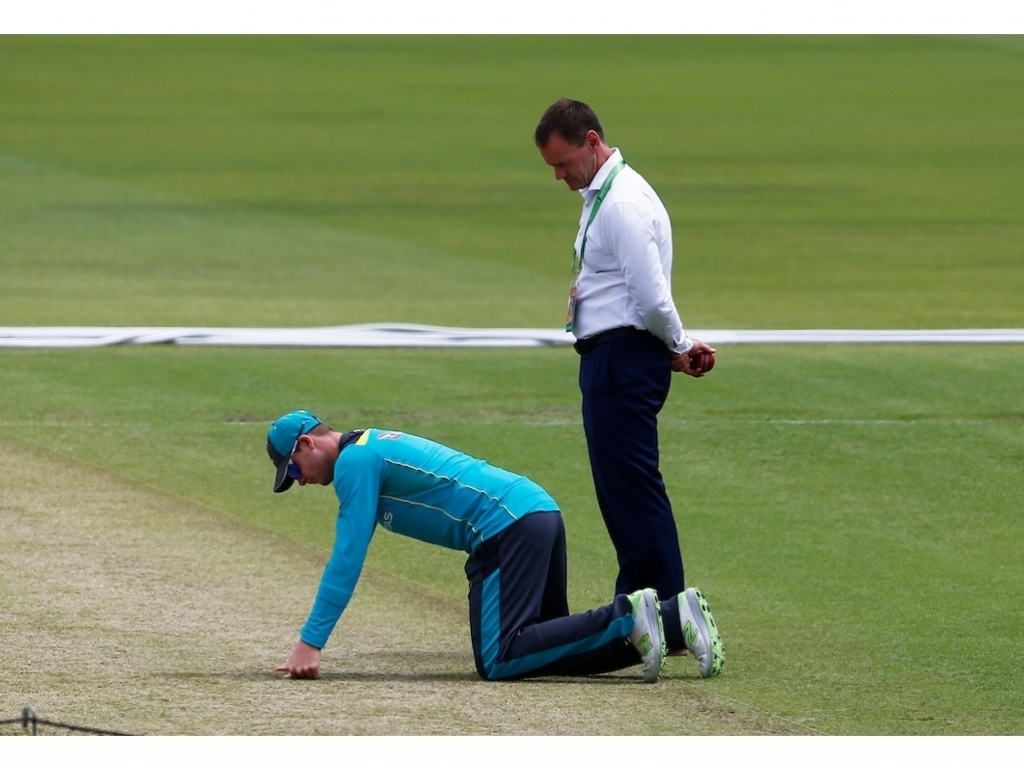 Australia will delay naming their XI for the third Ashes Test with skipper Steve Smith concerned that the pitch may be softer than expected.

With the drawn Test in 2015 and South Africa’s mammoth second innings last year playing on Australian minds they are unsure whether or not to play fourth seamer Mitchell Marsh or stick with specialist batsman Peter Handscomb.

Having had a look at the pitch on Wednesday Smith will delay naming his XI until the toss giving him maximum time to assess how it will play.

Speaking after training on Wednesday Smith said: “Probably not as hard as I would have liked it to be a day out, but 24 hours can change a wicket and we’ll have another look in the morning.

“Hopefully, it’s a bit harder and faster but I don’t really know that much about the wickets, I’m pretty useless at judging them.

“We’ll have another look in the morning and see what I and the selectors think is best for this Test match.”

The @WACA_Cricket pitch 24 hours out from the third Test #Ashes pic.twitter.com/waXU6n1iNA

During that match against New Zealand neither side could make an impact with the ball and the flatness of the wicket was part of what prompted Mitchell Johnson to retire after the match.

Smith said of that wicket: “It was so evenly paced – really slow, and once you got in it was almost impossible to get out.

“You had to really make some bad mistakes as a batsman if you wanted to get out on that wicket.

“Let’s hope it’s not like that for this wicket.

“I think he (Page) is leaving a lot more grass on it than he probably previously has to try and get that pace in the wicket, so hopefully there is a bit of pace and bounce and carry in this wicket.”

England trail Australia 2-0 with three matches to play in the Ashes series and the tourists must avoid defeat to prevent the hosts from reclaiming the Ashes urn.