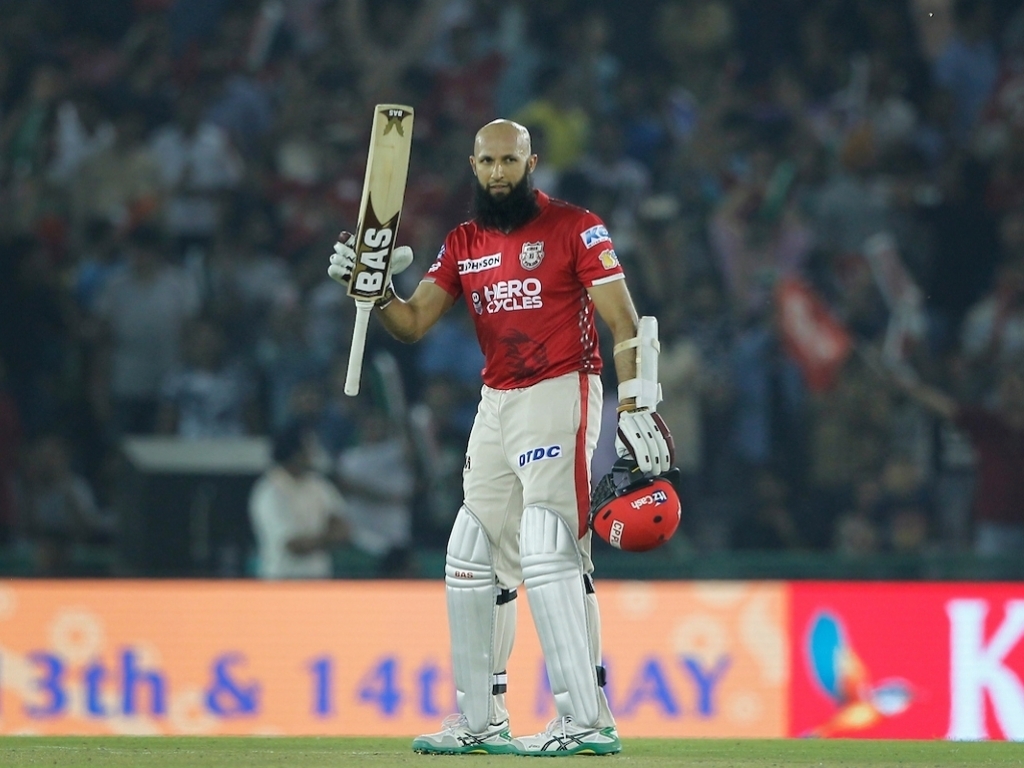 Hashim Amla became only the third player after Virat Kohli and Chris Gayle to score more than one century in an IPL season but his effort was in vain.

The Gujarat Lions won by six wickets in a dramatic chase of a target of 190 that seesawed between the two sides.

Amla has smashed the perception that he is a long format player as he hit 104 off 60 balls to power the Kings XI Punjab to 189 in their 20 overs.

He was assisted for a large portion of his innings by Shaun Marsh (58 off 43 balls) after losing opening partner Martin Guptill (2) early on.

The Proteas opener fell just one ball short of seeing through the innings getting trapped leg before by Basil Thampi off the penultimate ball of the innings.

The Gujarat Lions appeared to be crusing to victory as Dwayne Smith turned up in a dominant mood smashing 74 off 39 balls.

Smith was dropped twice during his innings before eventually holing out off the bowling of Glenn Maxwell.

At 162 for 2 the Lions were cruising home needing just 28 from the final three overs with Suresh Raina (39) and Dinesh Karthik (35*) well set.

Then in the 18th over Sandeep Sharma removed both Raina and Aaron Finch and conceded just four runs leaving the Lions chasing two a ball.

Karthik would produce the goods through although his top-edged six in the 19th over was somewhat fortunate.

The Lions would get over the line with six wickets and two balls to spare.