Home Top Story Healy: Giving Handscomb the gloves would be a mistake

Healy: Giving Handscomb the gloves would be a mistake 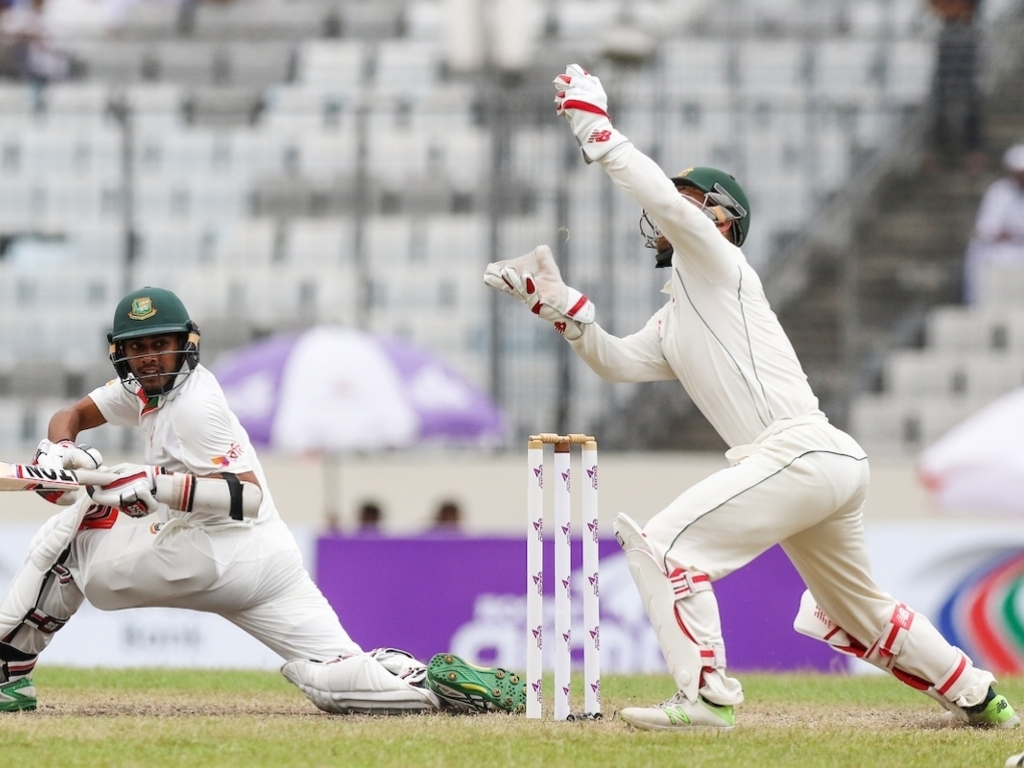 Former Australia wicketkeeper Ian Healy has warned that handing the gloves to Peter Handscomb in the second Test against Bangladesh.

Healy feels that incumbent keeper Matthew Wade could be replaced for the Ashes by the man he succeded, Peter Nevill.

Wade’s performance behind the stumps in Dhaka left a lot to be desired with the number of byes he allowed exceeding the margin of defeat with some proposing that Handscomb, who has kept wicket in ODIs, should take over.

Healy told Wide World of Sports: “That’s not going to help anyone.

“You risk compromising Handscomb’s batting, and I don’t imagine the bowlers would be filled with confidence knowing there’s a part-timer at the other end with the gloves on.”

Should Handscomb take the gloves it would allow Australia to bring in an extra bowler either in the form of seam-bowling allrounder Hilton Cartwright or left-arm spinner Steve O’Keefe who has joined the squad after an injury to Josh Hazlewood.

Healy feels that the thirty byes conceded by Wade were down to the tricky surface.

“It was a really difficult pitch to keep on, there were some balls coming through shin high, and others disappearing over the batsman’s shoulder.

“I can’t ever remember in my career having to deal with that. You always expected plenty of turn in places like India or Pakistan, but the inconsistent bounce is a nightmare for a keeper.

“It’s been tough for Wade this year given the pitches they’ve played on in India and now here in Bangladesh, and it might be even tougher for him in the second Test if they play three spinners.”

Healy believes that if the keeper is to be changed for the Ashes then it should be Nevill who takes on the role rather than an untested stopper like Handscomb or South Australia’s highly-rated Alex Carey.

He went on: “I said at the time Peter Nevill was unlucky to get dropped.

“I consider him the best gloveman in the country, and he’d just made an unbeaten 60 in Perth, then got dropped a match later.

“If Wade has a good Test in Chittagong I expect he’ll be there at the Gabba.

“But if he struggles the selectors will definitely be looking around. It may come down to who does the best in the first couple of Shield matches.

“But the Ashes is no time to be looking at someone new. If it’s not Wade, they have to go back to Nevill.”