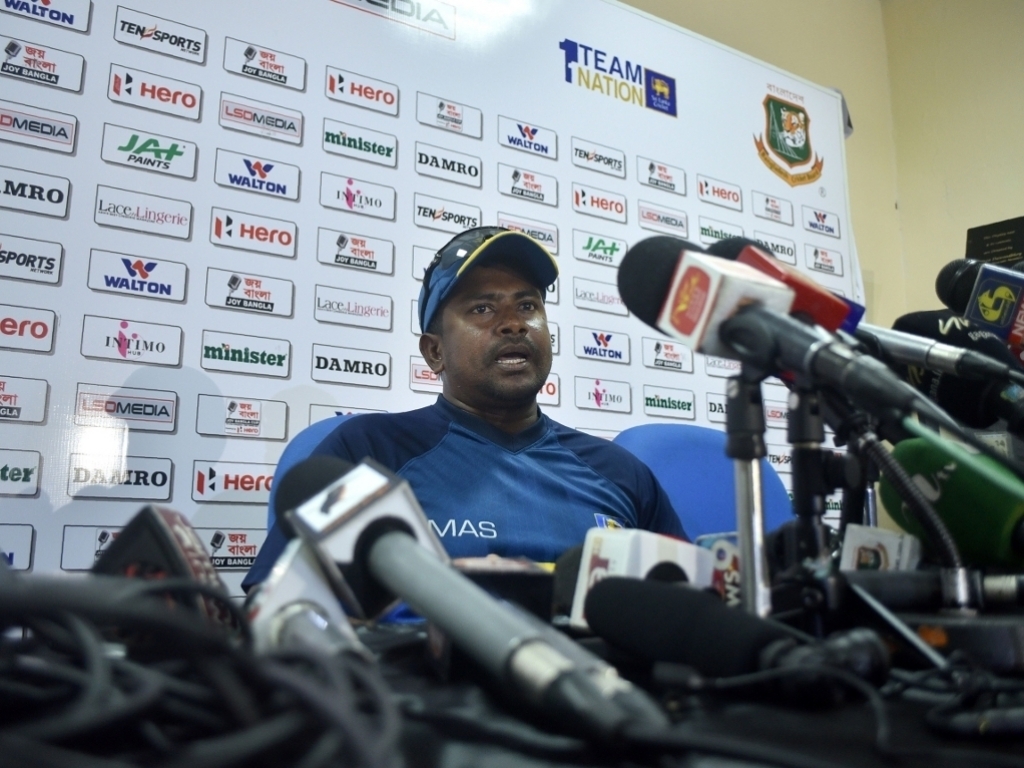 Stand in Sri Lanka Test skipper Rangana Herath feels that his team have a winning mentality when playing at home while backing the batsmen to score big in Colombo.

Sri Lanka have won their last six Tests on home soil and whitewashed an Australian team who arrived on the island in 2016 ranked number one in the world.

Herath told a pre-match press conference: “The most important thing for a team to have is a winning mentality, and I think we have that in our team.

“In matches we’ve played at home – against Australia especially – we’ve won. Maybe all our players won’t perform in the same match, but the trust that we have in each other is what helps us progress. We’ve got to carry that on in the next match as well.”

The skipper is pleased that Kusal Mendis and Upul Tharanga registered tons in the first Test in Galle but wants to see the other top order batsmen go big in Colombo.

Herath does understand though that not every batsman can go big in every single match.

The captain added: “We play with either six or seven batsmen, and not everyone will get runs in every match. What we stress is that whoever gets a start, needs to carry on and get a big score.

“That’s what Kusal Mendis and Upul Tharanga did in the last match. I’d love to see all the batsmen get runs, and I’m sure someone will here.”

Herath feels the surface will offer plenty for everyone adding: “The pitch is pretty similar to Galle. We know here that there is bounce for the fast bowlers in the first two to three days, though I’m not sure if this wicket will live up to that. I’ve played here a lot, and my experience is that towards the fourth and fifth days, it will take some spin as well.”

Tharanga meanwhile has credited consistency in his selection with his recent upturn in form, he found his touch in the limited overs formats in South Africa and has cracked on in the longest form against the Tigers.

The left-hander said: “In the last two or three years, I was in and out of the side – I’d play one series and then miss another one.

“When that happens as a player, it’s hard to keep that confidence. In the last eight months I played continuously, and that’s been key to my mental state. The captaincy in the limited-overs matches has also helped. That showed me that the selectors had some sort of trust in me. In the Zimbabwe tour and the South Africa tour especially, where there were very good bowlers. With the runs I was able to score there, my confidence rose.”