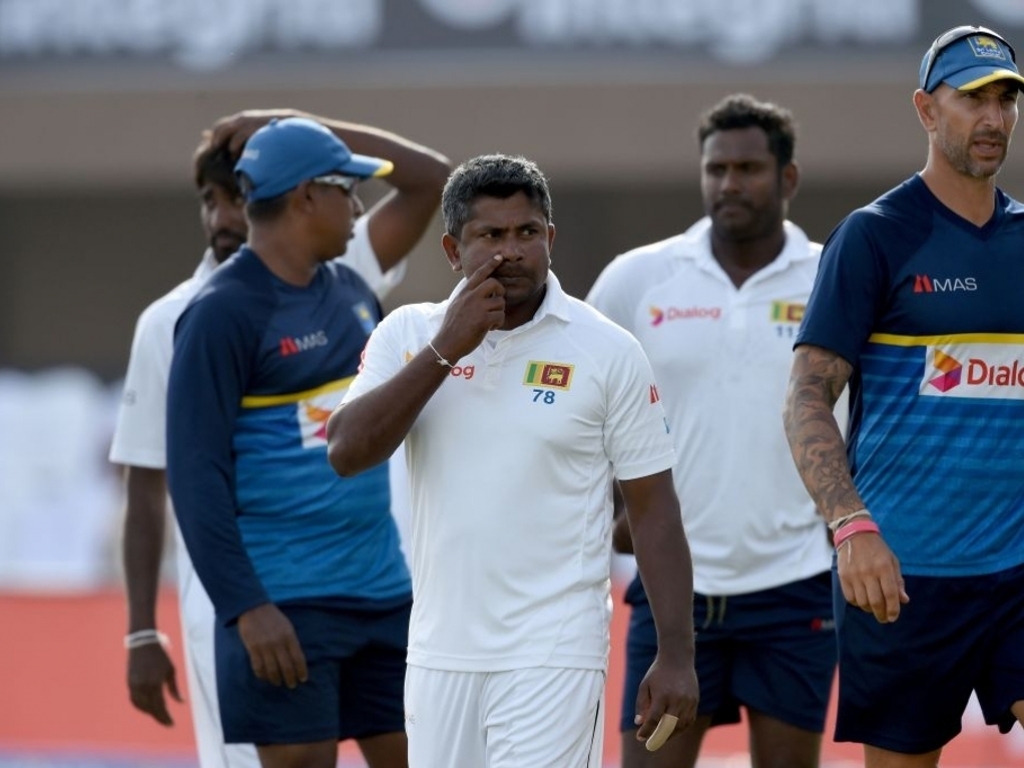 Sri Lanka stand-in skipper Rangana Herath has given India all the credit for their massive win over his team in the First Test at Galle.

India sealed a 304 run win, their largest win away from home, on day four of the first Test after bowling the hosts out for 245.

Herath was dejected and felt his team were better than the performance they put in.

He told the press after the loss: “You can’t be satisfied with a defeat. We bowled badly, fielded badly and batted badly in the first innings. We are a better team than that. We need to find out how we can do better than this moving forward.

“When you lose a game you are disappointed. But having said that, all credit to India for the way they played. They played outstanding cricket in all three departments. They deserve all the credit.”

Sri Lanka were hit hard by injury with Asela Gunaratne getting injured on day one and being unable to bat or bowl in the match.

Herath himself got injured in the field and did not bat in the second innings while skipper Dinesh Chandimal missed the Test through injury but could return for the second Test.

The veteran spinner went on: “Losing Asela was a massive blow for us and he will be out for eight weeks. He has been scoring lot of runs for us in the last few months. He wasn’t available to bat or bowl and that was a huge blow for us.

“I had swelling because I had fracture three years ago in the same area. About Dinesh Chandimal, there’s no confirmation, but I expect him to play the next game.”

Herath lamented the failure to execute their plans in particular when bowling to India opener Shikhar Dhawan.

He said: “We had a few plans for him [Dhawan] but we failed to execute. If you take for example we allowed him too much of width. In the first session of the match itself the game started slipping away from us.

“We bounced back well but he had by then got off to a terrific start. Some of our plans went very well but we were not 100 per cent perfect. That’s the reason they went onto post 600 runs in their first innings.”

The stand-in skipper criticized the Galle pitch which he felt was too batsman-friendly.

He continued: “I told before the game too that this pitch will help batsmen a lot. Having said that, I expected the spinners to come into the equation in the fourth or fifth day. But this wicket didn’t have much help for spinners either.

“Our wickets are different from each other. We expect a bit of turn in Galle. But there’s no point in blaming anyone after you lose. The plain truth is that we didn’t play well and we are to be blamed.”