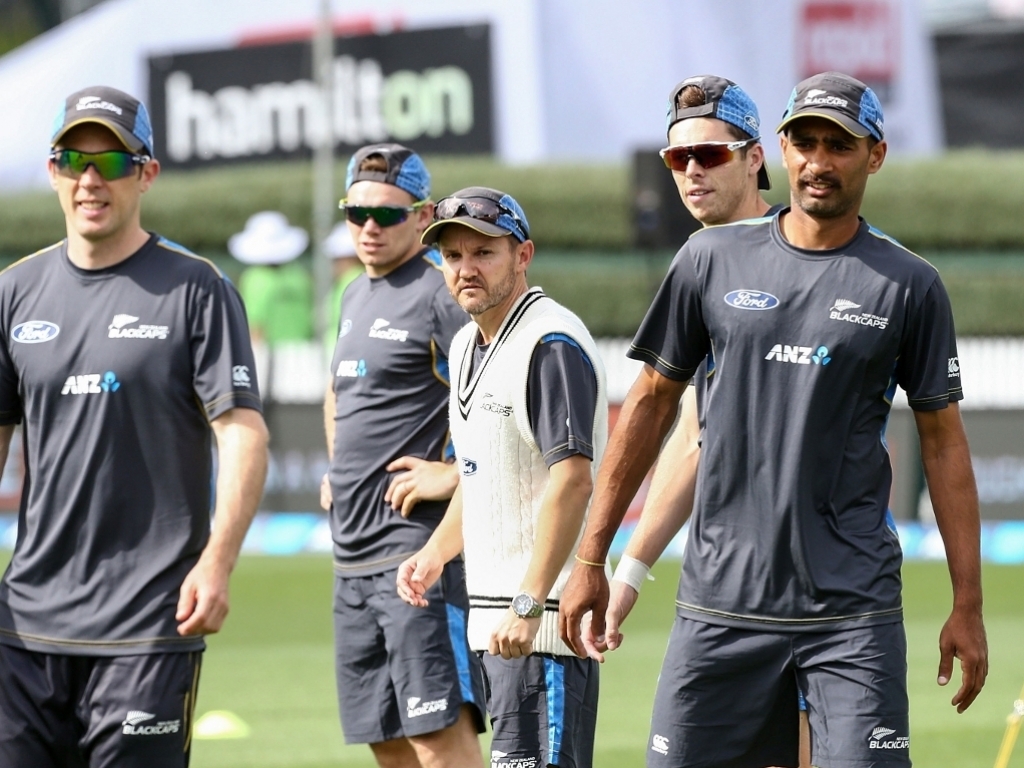 New Zealand coach Mike Hesson has explained the decision to leave paceman Tim Southee out of the team on pitch in Dunedin that has a generous covering of grass.

The Black Caps have picked two spinners for the first Test against South Africa and chose to leave Southee and Colin de Grandhomme on the sidelines with seam-bowling allrounder Jimmy Neesham and Jeetan Patel coming in.

The coach said after play on day one: “We didn’t think there was a lot in the wicket and we needed one of the two seamers to be able to create things when there’s not a lot on offer, and Neil has done that consistently over the last few years. So that was relatively straightforward.

“It’s certainly something Kane, myself and senior players spent some time tossing over and I think no matter which way we went it would have been a difficult decision. Whoever missed out would have felt a bit miffed.”

The spinners Mitchell Santner and Patel bowled 42 overs between them on day one but went wickeless althougn they conceded just 92 runs as South Africa ended the day on 229/4.

The coach added: “If we thought the wicket was going to seam then we would have played Colin de Grandhomme. It hasn’t seamed this year and it didn’t seam today.

While the pitch played a little slow and low on day one, Hesson feels that the nature of the Black Caps opponents, the fiercely competitive and highly aggressive Proteas, can turn any wicket into a result wicket.

He would add: “Any time you play against South Africa, it’s always a result pitch.

“Dunedin has put on a cracking day today and I wouldn’t expect it to be much different the next couple of days. As for the weekend, when you live on the coast, predicting the weather two days out can be a bit of a guessing game.”