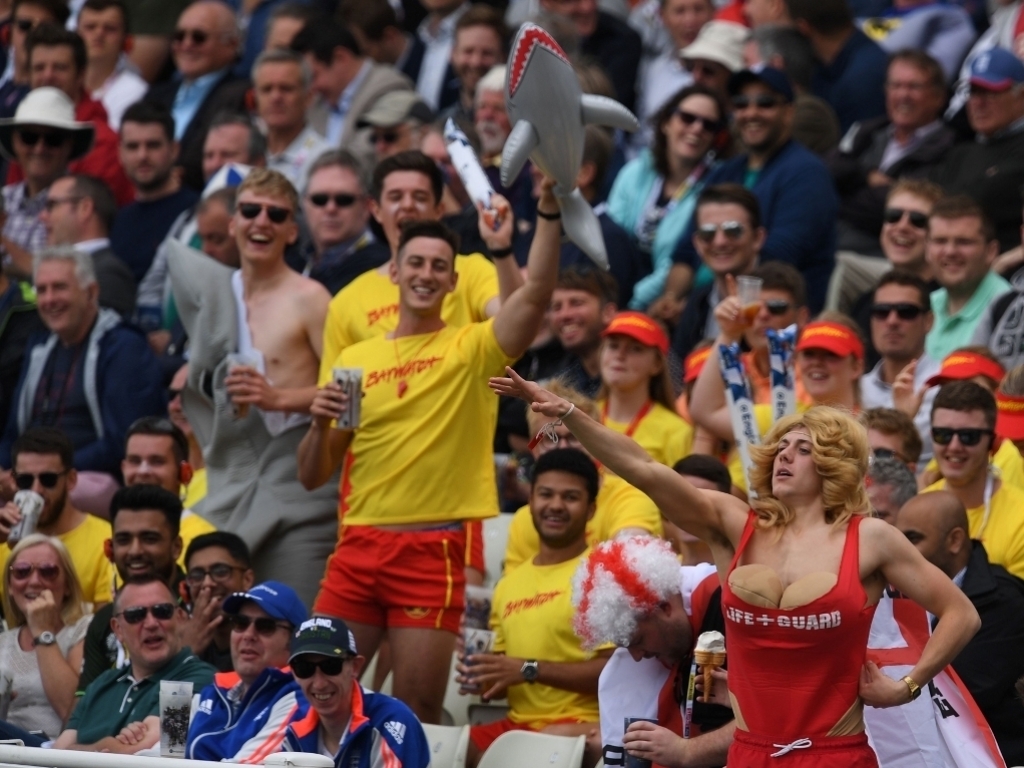 The ICC have announced that they will be taking the Champions Trophy 2017 action to even more fans after unveiling the first ever Official Fan Park for the opening weekend of the tournament in Victoria Square, Birmingham.

The addition of the Official Fan Park comes as Visit Birmingham and Birmingham City Council are revealed as the latest in a number of high-profile partners for the ICC Champions Trophy 2017 in their capacity as Tourism Partner.

The new partnership replicates the highly successful relationship between the ICC, Visit Birmingham and Birmingham City Council at the last edition of the ICC Champions Trophy in 2013. The ICC will work closely with Visit Birmingham to support its growing reputation as a place to visit, meet and invest; using cricket centered, fan focused activations for the five matches at Edgbaston Stadium.

The city’s fan activations will start with the 8,000 capacity Official Fan Park, which will be free to enter from 10am and will remain open until 30 minutes after the scheduled end of play on 2,3 and 4 June. Cricket lovers will be able to watch games live on two giant screens and enjoy other fan activities on offer within Victoria Square and the surrounding area.

Over the three-day period, fans heading to Birmingham for the showcase tournament can look forward to soaking up the atmosphere around two of the tournament’s biggest fixtures and cricket’s closest rivalries – New Zealand v Australia and India v Pakistan – in the Official Fan Park. To accommodate the expected increase in numbers for the screening of India v Pakistan, a second site will open in Edgbaston Street.

ICC Chief Executive, David Richardson, said: “The ICC are delighted to be partnering again with Visit Birmingham and Birmingham City Council for the ICC Champions Trophy, after the great success of 2013.  Birmingham is an exciting city and fantastic hub for cricket and in addition its diversity means every team and every supporter is guaranteed a warm welcome. It is very pleasing we can work in partnership together to improve fans’ experience of the tournament.

“We are committed to continually thinking of new and innovative ways to work with all our partners and engage with the ever-growing number of cricket lovers. I am excited to welcome fans to the first ever ICC Champions Trophy 2017 Official Fan Park in Birmingham.

“This initiative could pave the way for more fan parks when the ICC returns to England and Wales in 2019 with the flagship competition – the ICC Cricket World Cup.”

Head of City Partnerships, Paul Smith, said: “We are excited to break new ground in England and Wales by opening the first ICC Champions Trophy Official Fan Park on 2 June. We have worked closely with Birmingham City Council, Visit Birmingham and West Midlands Police to bring a celebration of cricket to the city and involve more fans than ever before.

“New Zealand v Australia is close to a sell out and, as we predicted, India v Pakistan has been over-subscribed at every price band at each ticket release stage – numbers from the initial ballot suggested that the match could have sold out eight times over. Now we have the chance to offer those fans who didn’t get a ticket, the unique experience of watching the game in company of fellow cricket fans in the Official Fan Park. It will take the excitement of the ICC Champions Trophy to a much larger and diverse audience.”

Service Director for Sport, Events, Open Space and Wellbeing at Birmingham City Council, Steve Hollingworth, said: “As a cricket-loving city with a proud tradition of staging major sporting events, we are delighted to be one of the host cities for the ICC Champions Trophy. There will be lots of ways for people to get involved with all of the action and I am sure the city will yet again show its enthusiasm for the top talents of world cricket. The fact we are home to so many people with links to the competing nations means we really will be at the centre of the action.”

Director of Marketing and Communications at Visit Birmingham, Emma Gray, added: “We look forward to working with the ICC once again for this year’s Champions Trophy, which we estimate will bring a £25.3 million economic benefit to the West Midlands region.

“Joining forces with cricket’s international governing body for the 2013 event considerably raised Birmingham’s profile, both in this country and in some of our key visitor markets across the world. More than 100,000 sports fans visited the city for the tournament, with Birmingham’s name beamed to a global audience of almost a billion people and record numbers to our YouTube channel to watch our promotional material.”