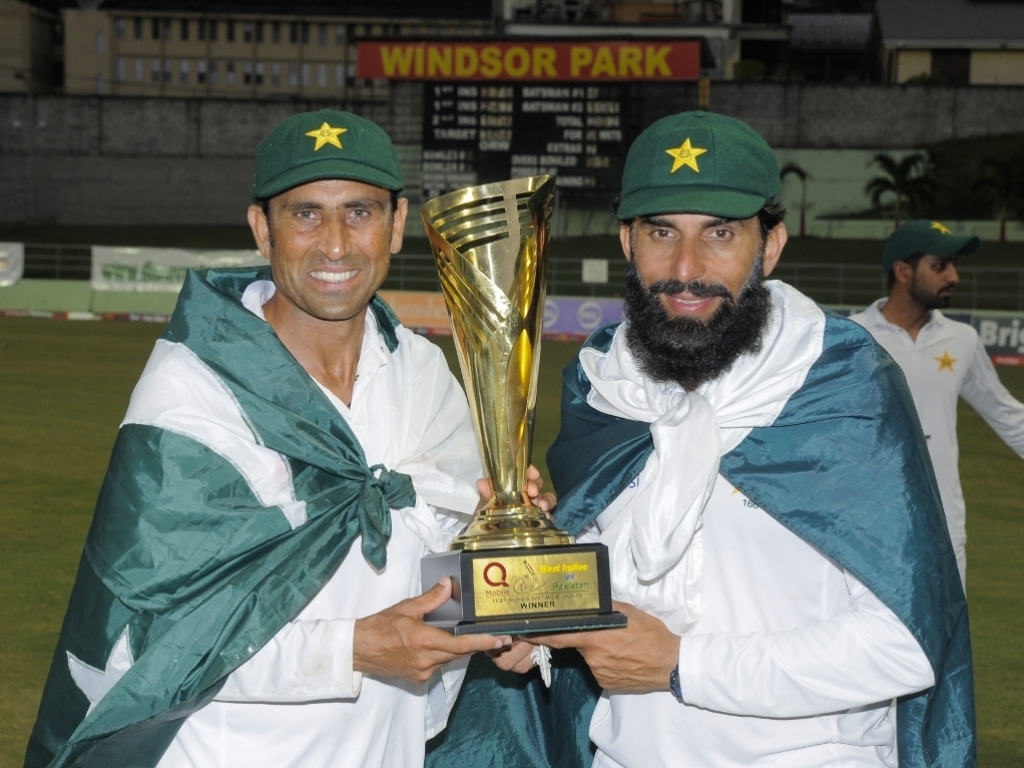 The International Cricket Council has congratulated Misbah-ul-Haq and Younis Khan on their international careers, which have ended with retirement following Pakistan’s Test series in the West Indies.

ICC Chief Executive David Richardson said in a statement that captain Misbah and former captain Younis had been at the heart of some of Pakistan’s most memorable performances making them popular and admired around the world.

David Richardson: “Both these batsmen have given so much to the sport and fans over their careers.

“Misbah has been the bedrock of many a Pakistan innings, time and time again extricating his team from difficult situations with a terrific temperament. He knew how to graft for his runs but could also be inventive and score at a brisk pace, as was evident during his impressive 56-ball century against Australia in 2014 in Abu Dhabi, which equaled Viv Richards’s world record.

ALSO READ: Misbah ‘satisfied’ with what he has achieved

“He was a leader who took charge at a difficult time and led the team on a journey to the No.1 position in the ICC Test rankings. He was a true sportsman and role model, deservingly winning the ICC’s Spirit of Cricket Award for 2016.

“Younis has been one of Pakistan’s finest batsmen, also often coming up with his best efforts when the chips were down. A triple-century in Tests at home against Sri Lanka and a double-century in a series-levelling effort in India are just a couple of the performances that have placed him in a league above the rest.

“A particularly fine player of spin bowling, Younis was also an able captain who led Pakistan in all three formats of the game with the highlight being victory in the ICC World Twenty20 in England in 2009.

“On behalf of the ICC, I congratulate both these batsmen on their wonderful careers and wish them every success in whatever they pursue in the years to come.”