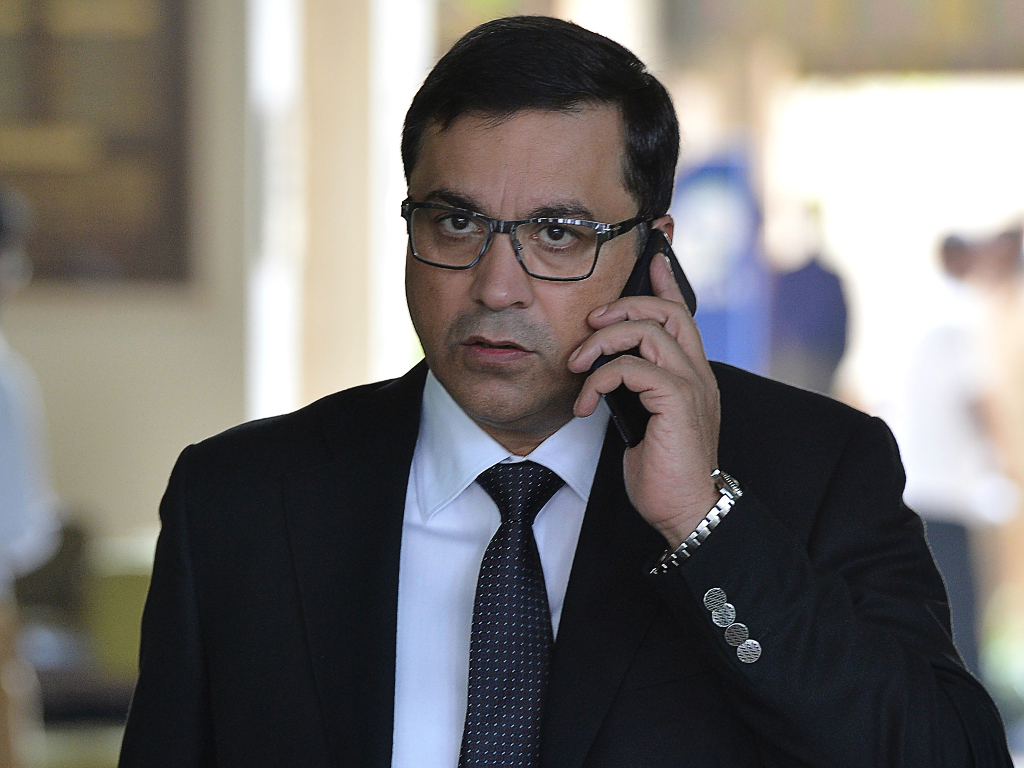 The  Committee of Administrators appointed by the Supreme Court of India to oversee the Board of Control for Cricket in India have appointed an Independent Inquiry Committee to look into allegations of sexual harassment against Rahul Johri.

In a press release issued on the BCCI’s website the organisation asked for anyone with information on potential wrongdoing or impropriety to contact the Committee.

The release read: “Pursuant to the Terms of Reference issued by the Supreme Court appointed Committee of Administrators on 30th October 2018, (available on www.bcci.tv), the Independent Inquiry Committee for BCCI (“Committee”) met today at Mumbai to enquire into allegations of sexual harassment. The BCCI submitted the relevant documents in their possession to the committee. The Committee shall hear and scrutinise the material before it for the next two days.

“The Committee has provided a separate email address where any person whether from BCCI or otherwise, who may have any complaint/information/evidence to address the Committee concerning allegations of sexual harassment may send the same to the Committee at bcciinquirycommittee@gmail.com within 7 days i.e. 9th November 2018.

“The Committee shall reconvene on 10th and 11th November 2018 to consider the material (if any) received by it and hear any person willing to depose before them.

“The Committee is requested to submit their final report within 15 days of its appointment. ”

On 26 October the BCCI and CoA acknowledge that it had received accusations of sexual harassment against the CEO of the BCCI, Johri .

A release issued on that day read: “There were reports in the media concerning allegations of sexual harassment made against Mr. Rahul Johri, the CEO of BCCI, by an anonymous person. Taking cognizance of the media reports the Committee of Administrators sought an explanation from Mr. Johri with regard to the said allegations. He was granted a week to respond. Mr. Johri submitted his explanation on 20th October 2018 denying that the incident referred to in the allegations ever took place.

“The Hon’ble Supreme Court Appointed Committee of Administrators (“COA”) met on 20th and 22nd October 2018 to consider the matter. The Chairman of the COA felt that in order to follow due process of law and principles of natural justice, an independent committee comprising of distinguished persons who are knowledgeable in this field should conduct a fair and transparent inquiry on an arm’s length basis and submit a report containing its findings and recommendation on the way forward. The independent committee could take into account and/or probe all allegations of sexual harassment against Mr. Johri while he was employed with the BCCI.

“However, the other member of the COA, Ms. Diana Edulji, expressed her view that since the CEO has such grave sexual harassment allegations against him, it would not be in the interests of BCCI and Indian cricket that he represents BCCI. In view of this she suggested that he resigns or his contract be terminated. The Chairman of the COA did not agree and felt that an independent inquiry was necessary as the tweet was anonymous. It also pertained to a period much before the CEO joined BCCI and it was necessary to provide natural justice to the CEO by following a due process of law. The Chairman was very clear that in similar instances, the person against whom allegations had been made, were permitted to represent their case before an independent committee which would then take a considered view after weighing all evidence. Ms. Edulji felt that neither is such an inquiry called for nor is it appropriate. She was of the view that considering the details and nature of the allegation, there were sufficient grounds for his removal. Ms Edulji informed the Chairman she would approach Learned Amicus Curiae Shri Gopal Subramanium for further guidance, if no action is taken and the CEO is allowed to continue.

“In the above circumstances, in order to enable a transparent and objective enquiry an independent committee comprising of the following distinguished persons is being constituted to inquire into the allegations against Mr. Johri: 1. Justice Rakesh Sharma (former Judge, Allahabad High Court);
2. Smt. Barkha Singh (former Chairperson, Delhi Commission for Women); and
3. Shri P. C. Sharma, IPS (Retd.) (former Director, CBI).