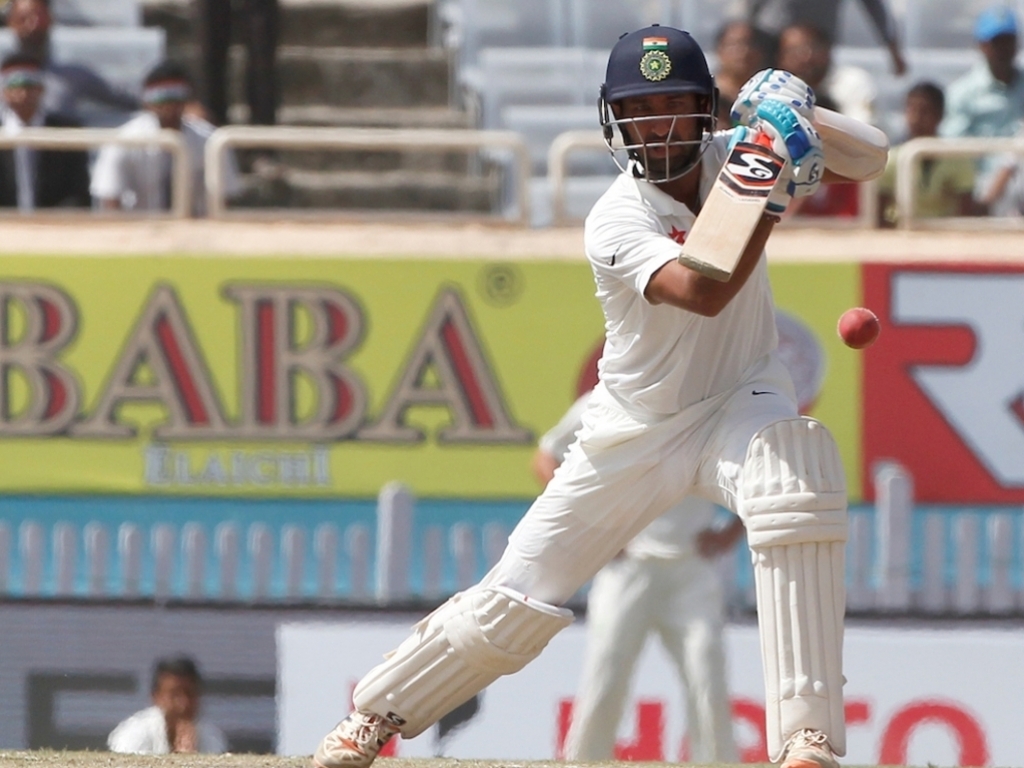 There was very little give from either side as India ground their way to a total of 360/6 by the close of play on day three of the third Test against Australia.

India were led by a gutsy Cheteshwar Pujara (130 not out) who batted the whole day after India resumed on 120/1 on the third morning.

It was a bit of brilliance from Matthew Wade that produced the first wicket of the day as he stumped Murali Vijay (82) off the bowling of Steve O’Keefe in the last over before lunch.

Vijay’s brainfade brought things back even in a session that India had dominated until that point.

The afternoon session saw Australia claim the massive wickets of India’s captain and his deputy.

Pat Cummins was the bowler who provided both scalps as he had Kohli (6) edging one to Steve Smith, it had to be, in the slips before Rahane (14) nicked off.

Down at the other end though Pujara was grafting his way to his eleventh Test century and endearing himself to India fans even more than he already has in a career that has been spent in the shadow of Kohli.

His ton brought the Test specialists total of first class hundreds this season to seven just one behind VVS Laxman’s India record.

Karun Nair fought hard for his 23 but he got an absolute beauty from Josh Hazlewood that uprooted his off-stump after grazing his pad.

A vicious Cummins bouncer accounted for Ravichandran Ashwin (3) who was given out on review after the initial appeal for caught behind was turned down.

Wriddhiman Saha (18 not out) joined Pujara and looked up for the battle as he and the number three saw India to the close cutting Australia’s lead to 91 runs with four wickets in hand.