India chip away at Aussie lead 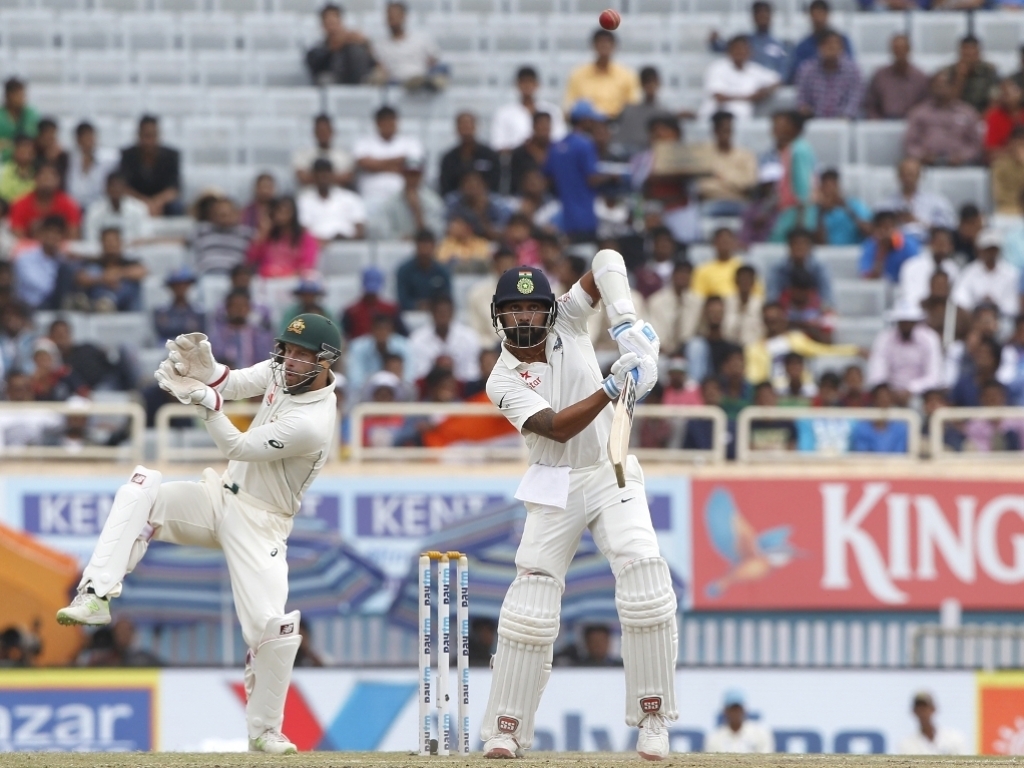 India reached 120/1 by stumps on day two trailing Australia by 331 runs having bowled the visitors out for 451 on day two of the third Test in Ranchi.

Steve Smith ended the Australian innings not out with 178 to his name, cementing his place as the number one Test batsman in the world and registering the fifth highest score by a visiting captain in India.

Glenn Maxwell became the first Australian number six to score a Test hundred since 2014 and also became only the second Australian after Shane Watson to score a century in all three formats.

Maxwell began his day by having his willow cracked in half but would go on to vindicate his selection and at least for the moment resolve the problematic number six slot.

Ravindra Jadeja would end Maxi’s vigil shortly after the Victorian brought up his maiden Test ton having him caught behind for 104.

Maxwell was replaced at the crease by his state teammate Matthew Wade who played a typically combative innings of 37 before he too fell to Jadeja.

Pat Cummins first innings in Test cricket for six years was a brief one as he was bowled by Jadeja off the second ball he faced.

Steve O’Keefe provided some stubborn resistance as he made 25 in a 51 run partnership with skipper Smith before pulling Umesh Yadav down fine leg’s throat.

Jadeja wrapped up a five-for that could see him ascend to the top of the ICC bowling rankings when he dismissed Nathan Lyon for 1.

The left-arm spinner then ran out Josh Hazlewood to bring the Australian innings to a close, he would end with figures of 5/124.

Lokesh Rahul (67) got India’s reply off to a good start with his fourth fifty of the series before becoming Cummins first Test victim on his long-awaited return to the longest format.

Murali Vijay (42) and Cheteshwar Pujara remained solid as they guided India to 120/1 by the close on what still looks like a good pitch to bat on.