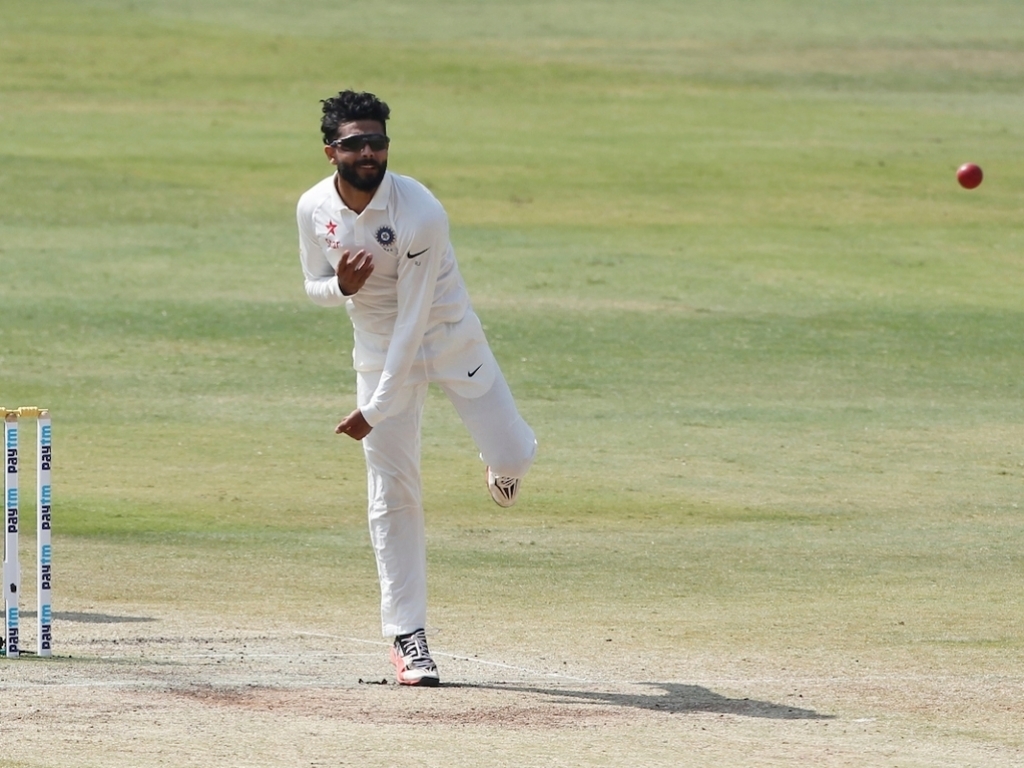 India managed to grind down a stubborn Bangladesh batting unit bowling them out for 250 on day five of the one-off Test in Hyderabad to win by 208 runs.

Bangladesh began the day needing 365 runs to win or more realistically needing to bat out the day with seven wickets in hand with Mahmudullah (9*) and Shakib-al-Hasan (21*) resuming the fight.

Ravindra Jadeja struck early to remove Shakib (22) he hit a small patch of rough expertly with the ball rearing up at the Tiger’s allrounder who couldn’t get his gloves out of the way and was caught by Cheteshwar Pujara.

Mahmudullah would prove to be the most stubborn of the Bangladesh batsmen and he would be involved in a string of frustrating partnerships.

Skipper Mushfiqur Rahim (23) joined Mahmudullah out in the middle for a partnership that lasted 91 balls and saw Bangladesh add 56 runs before the captain suffered a rush of blood to the head and charged at Ravichandran Ashwin but he couldn’t clear mid-off and had to go.

Bangladesh went to lunch five down as Mahmudullah and Sabbir Rahman came together but shortly after the break the latter was trapped leg before by Ishant Sharma and India sensed victory.

Mahmudullah’s resistance ended in the ninth over after lunch when he pulled Ishant uppishly to fine leg to be caught out for a resilient 64 off 149 balls.

Mehedi Hasan and Kamrul Islam Rabbi resisted further though, the pair would bat for just over 14 overs as they tried in vain to save the game.

There was some frustration for Sharma who should have had Kamrul trapped leg before and Mehedi out caught in the space of an over but his appeal was turned down and not reviewed while the edge went straight to Virat Kohli at first slip but the skipper grassed the chance.

Mehedi (23) would fall as the spin kings returned to the attack with Jadeja catching his glove with a ball that bounced a little more.

Taijul Islam (6) couldn’t survive very long before pulling Jadeja high in the air with two Indian fielders converging it seemed like a recipe for disaster but despite both of them trying to grab the ball Lokesh Rahul hung on, the bowler would burst out laughing but the incident could have ended badly.

The final wicket was a bit of a strange one with Taskin Ahmed missing one from Ashwin that was tossed up it slipped past the bat striking the pad before looping to a fielder, India appealed and Marais Erasmus went upstairs to check the catch with a soft signal of out but no edge was found. India would then refer the decision to check for leg before and hit the jackpot ending the match.

Kohli was named man of the match for his double hundred in India’s first innings.