Home Top Story India rally with a slice of luck

India rally with a slice of luck 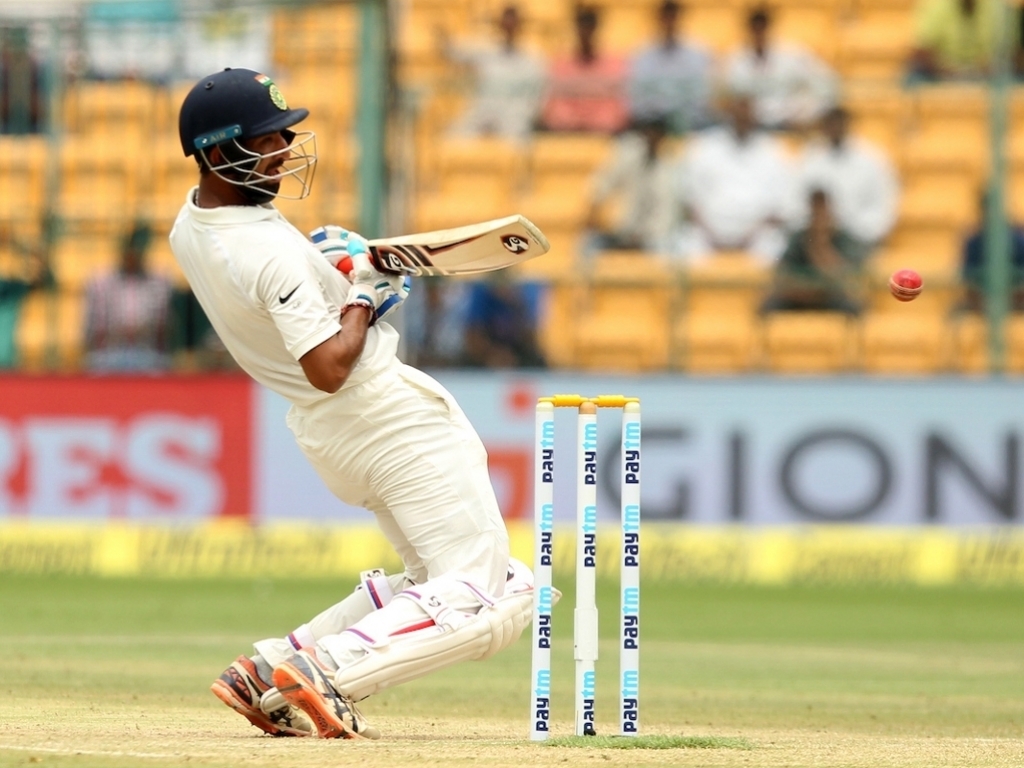 It took a fair amount of good fortune but on day three of the second Test against Australia India finally turned up for the fight battling their way to a 126 run lead by the close of play.

The Australian tail could only add 39 runs in the morning session as India bowled them out for 276 giving the tourists a big 87 run first innings lead.

Ravindra Jadeja picked up figures of 6 for 63, the second best haul of his career, to be the pick of the Indian bowlers despite bowling less than half the number of overs that Ravi Ashwin bowled for his 2 for 84.

Lokesh Rahul and Abhinav Mukund moved India to lunch unscathed and chipped 38 runs out of that lead before the meal break.

The second session belonged very firmly to Australia though even as Rahul recorded his third half century of the series in four innings.

India lost Mukund for 16 when he was comprehensively bowled by Josh Hazlewood before Rahul (51) was brilliantly caught by Steve Smith at slip with a diving one-handed grab off Steve O’Keefe.

Virat Kohli’s horror run of DRS errors continued although in this instance you can’t really blame him, he was trapped leg before by a ball that kept low but his bat was incredibly close to both the ball and his pad, in the end after much deliberation the on-field decision was upheld in the absence of convincing evidence to the contrary.

That brought together India’s heroes for the day Cheteshwar Pujara had already set out his stall to stubbornly resist everything thrown at him and the vice-captain Ajinkya Rahane proved to be equally irksome to the Australians.

The pair were far from comfortable but the gods of cricket were on their side as edges flew wide of fielders and bat-pads looped up into no-man’s land.

Pujara (79 not out) and Rahane (40 not out) put on an unbroken stand of 93 as India batted a full session without losing a wicket for the first time in this series.

India will not be content with their lead just yet but the wicket will be very tough to bat on from here on in and anything over 150 will be a challenge to chase down for Australia.