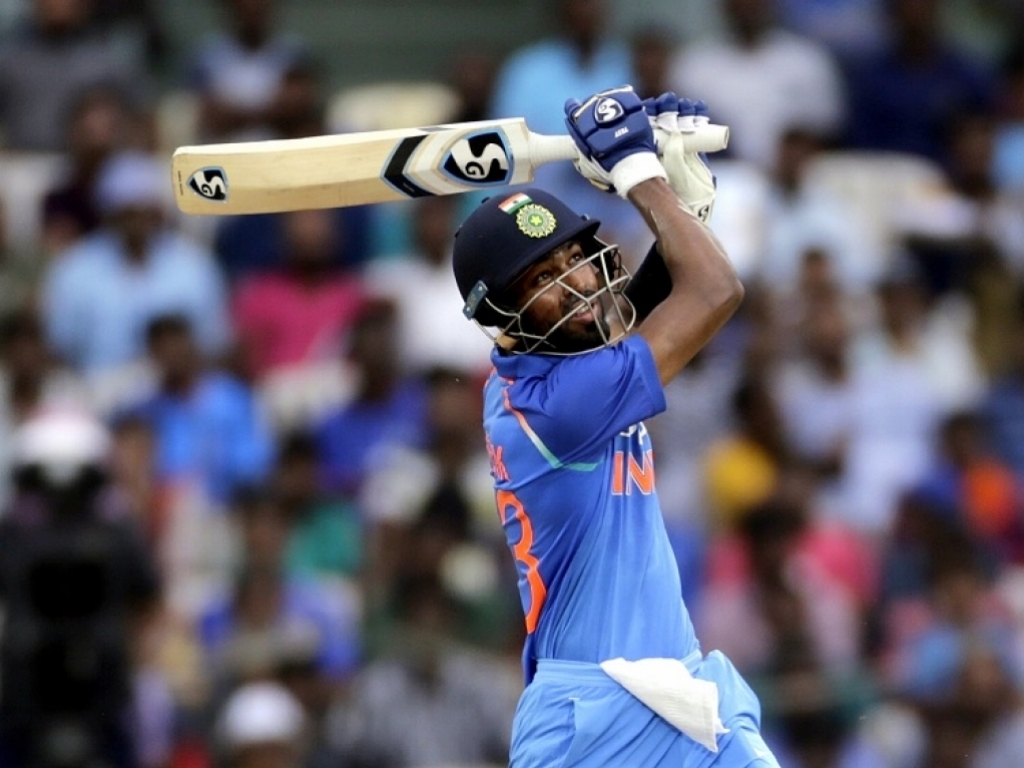 India all-rounder Hardik Pandya and wicketkeeper-batsman Dinesh Karthik join an ICC World XI for the high-profile Twenty20 International against the Windies at Lord’s on 31 May, being organised to raise funds for stadia in the Caribbean damaged by hurricanes last year.

The squad is led by England’s limited overs captain Eoin Morgan with Shahid Afridi and Shoaib Malik (both Pakistan), Shakib Al Hasan and Tamim Iqbal (both Bangladesh), Thisara Perera (Sri Lanka) and Rashid Khan (Afghanistan) the other confirmed names in the list of nine so far. The remaining players will be announced in the coming days.

Giles Clarke, who is supporting the event, welcomed the addition of the two India players, who are currently playing in the Indian Premier League. Pandya is turning out for Mumbai Indians while Karthik is leading Kolkata Knight Riders in the Twenty20 tournament.

Mr Clarke said:“This is a fantastic opportunity for fans of the Indian team to come out and watch these two flamboyant players, who bring both class and star value to what I’m sure will be a memorable match at Lord’s.

“People would remember Pandya’s valiant 43-ball 76 against Pakistan in the final of the ICC Champions Trophy last year while Karthik too has played Test cricket at Lord’s. He has been in terrific form and recently blasted 29 off eight deliveries and sealed victory over Bangladesh in the final of the Nidahas Trophy with a last-ball six.”

The Windies, reigning ICC World Twenty20 champions, are being led by Carlos Brathwaite. Star big-hitting opener Chris Gayle, Marlon Samuels, Samuel Badree and Andre Russell are among the other leading cricketers in the squad.

The Windies, reigning ICC World Twenty20 champions, will be led by Carlos Brathwaite

The venues that will benefit include the Ronald Webster Park in Anguilla, the Sir Viv Richards Stadium in Antigua, the Windsor Park Stadium in Dominica, the A.O. Shirley Recreation Ground in the British Virgin Islands and the Carib Lumber Ball Park in St. Maarten.