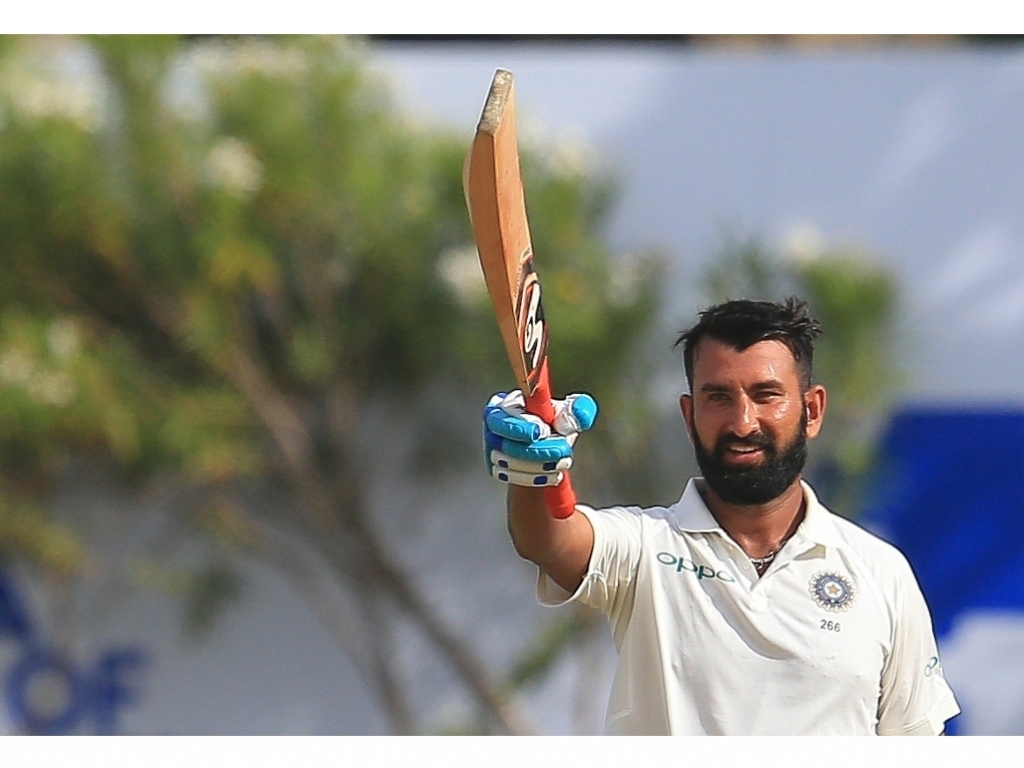 India batsman Cheteshwar Pujara has dismissed the suggestion that India will be playing for a draw in the first Test against Sri Lanka in Kolkata.

Pujara was the only India batsman to score a fifty as they slumped to 172 all out before Sri Lanka closed to within seven runs with six wickets in hand.

The run machine was still confident that India could come out on top in seam-friendly conditions.

ALSO READ: Mathews: I was looking to score runs

He told a press conference after play on day three: “At this stage I think we are very much in the game.

“Obviously the wicket has got a little better, but at the same time we got to 170-odd runs [172] and we’ve now got four wickets. I think we’re very confident that if the weather permits, we’ll try and make a game out of it.

“This is not a wicket where you’d get 350 or 400 on the board. It’s a wicket where we might have added 30-40 runs more, but I think 170 is still a decent total considering the way the wicket was behaving in the first two days.

Pujara feels that if the India quicks can run through the Sri Lanka lower order early on day four they will be right in the contest.

He added: “Today even the weather was much better, there weren’t clouds around.

“When clouds were around, there was more help for the fast bowlers, [but] when we were fielding the sun was out. The wicket was slightly damp [initially] and now because of sun shine the wicket got a little better, but at the same time there is something for the fast bowlers.

“But we don’t have enough runs on the board. The way they started off… but we fought back and we’re now very well balanced. Hopefully tomorrow morning our fast bowlers will be fresh, and if we get a couple of wickets, we can run through them.”

The Test at Eden Gardens in the first of three between India and Sri Lanka.