India v Pakistan at the World Cup: A history in pictures 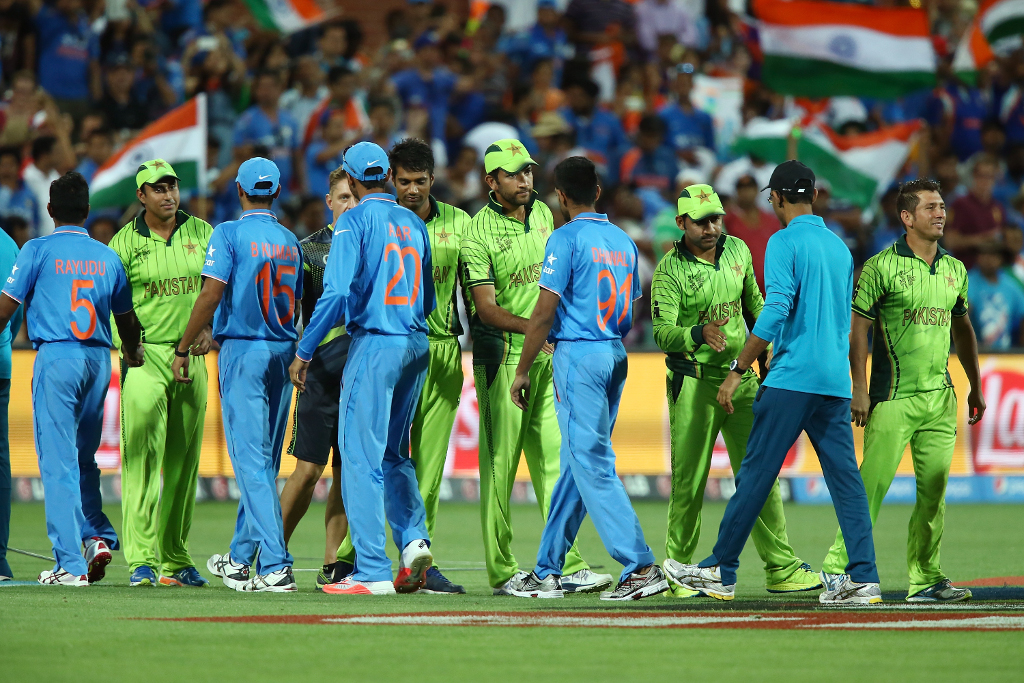 At the announcement of the fixtures for every World Cup in recent times all eyes have been on when or if Pakistan and bitter rivals India will meet.

Through the early World Cups in the  70s and 80s the Asian giants managed to avoid each other until the first of the ‘modern’ showcases in 1992.

India would come to dominate the fixture on the grandest stage of them all even in the tournament that saw Pakistan lift the trophy. 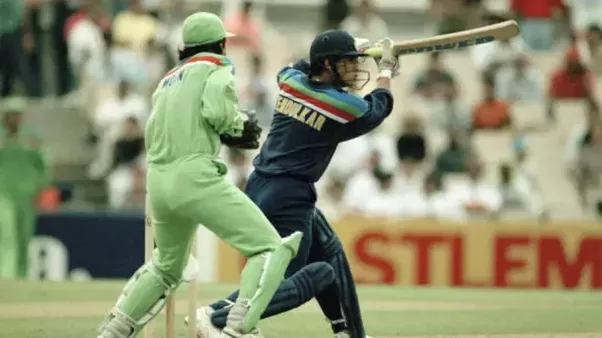 A young Sachin Tendulkar dominated proceedings with an unbeaten fifty that powered India to a competitive total. 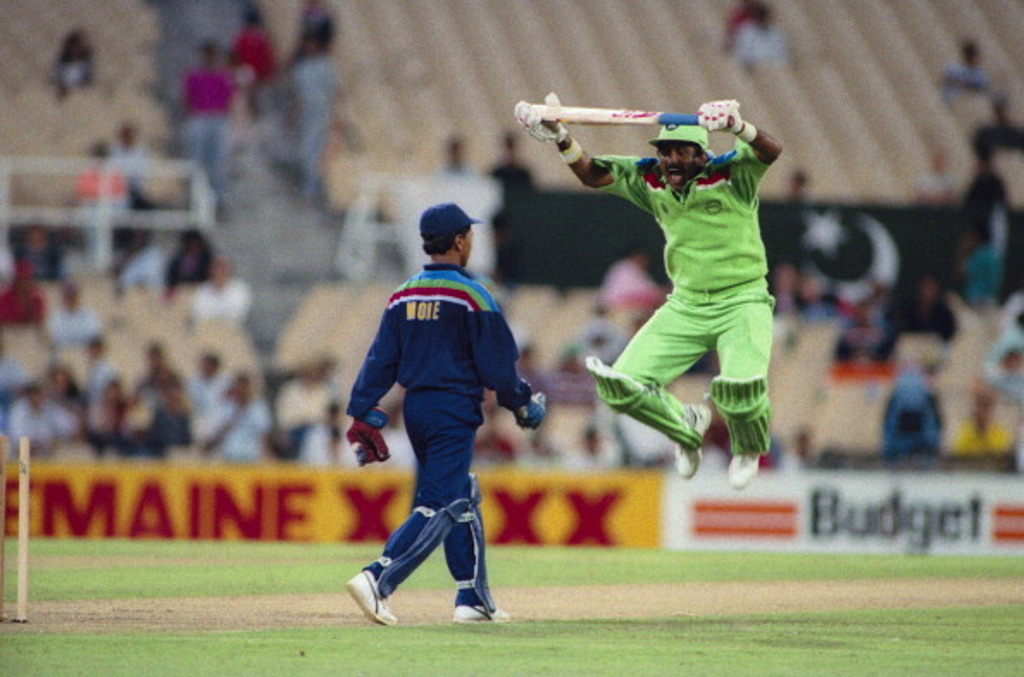 Frustrated by India keeper Ishan Kore’s appealing Javed Miandad engaged in a spot of over the top mimicry but his side slumped to 173 all out at the Sydney Cricket Ground. 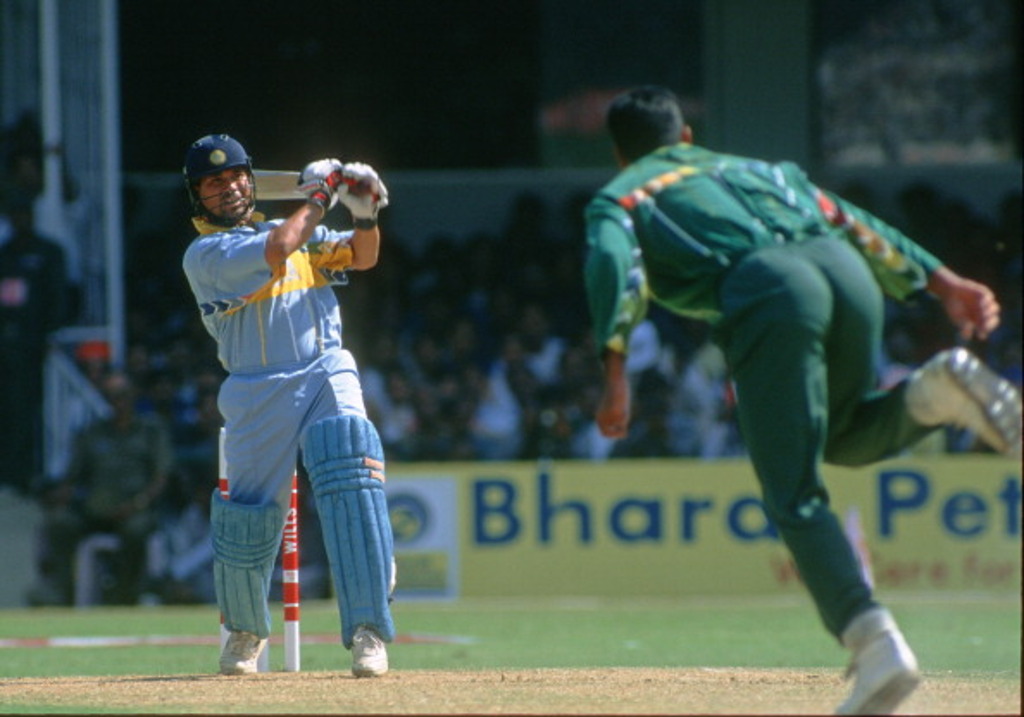 The crowd may have turned up for the little master but stayed for a brilliant 93 from dogged opener Navjot Sidhu who would later become one of the more colourful voices in cricket commentary. 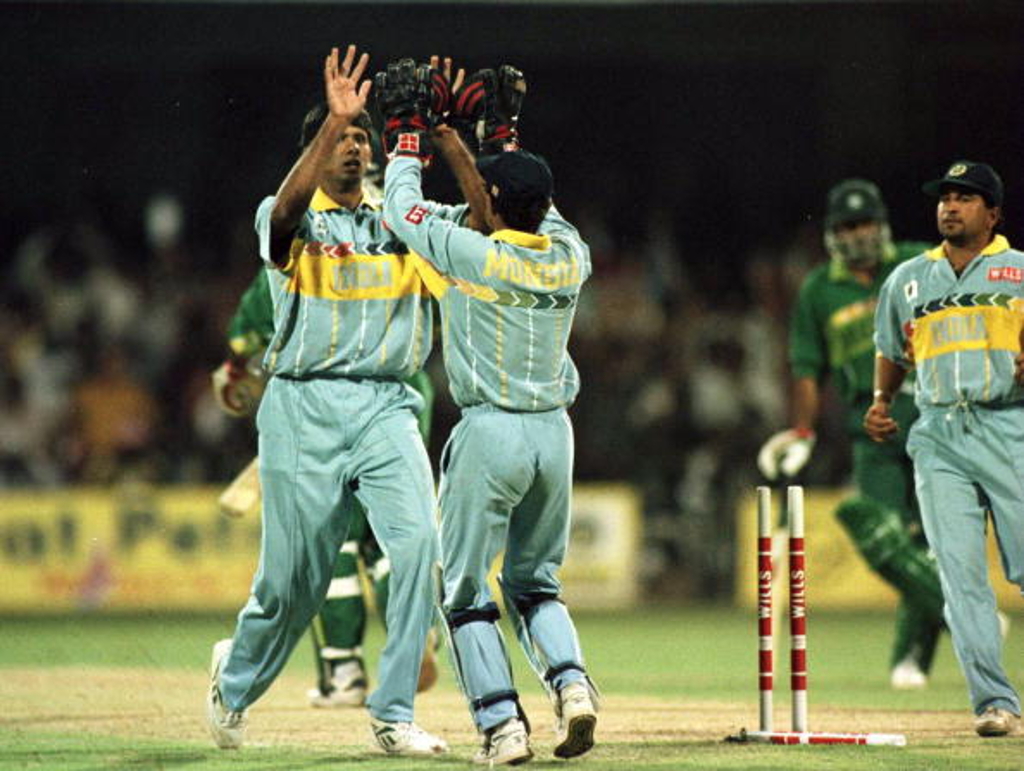 The nagging line and length bowling of Venkatesh Prasad (3/35) were the undoing of Pakistan in Bangalore in 1996, Aamir Sohail brought up a second successive fifty against India at the World Cup but it wouldn’t be enough. 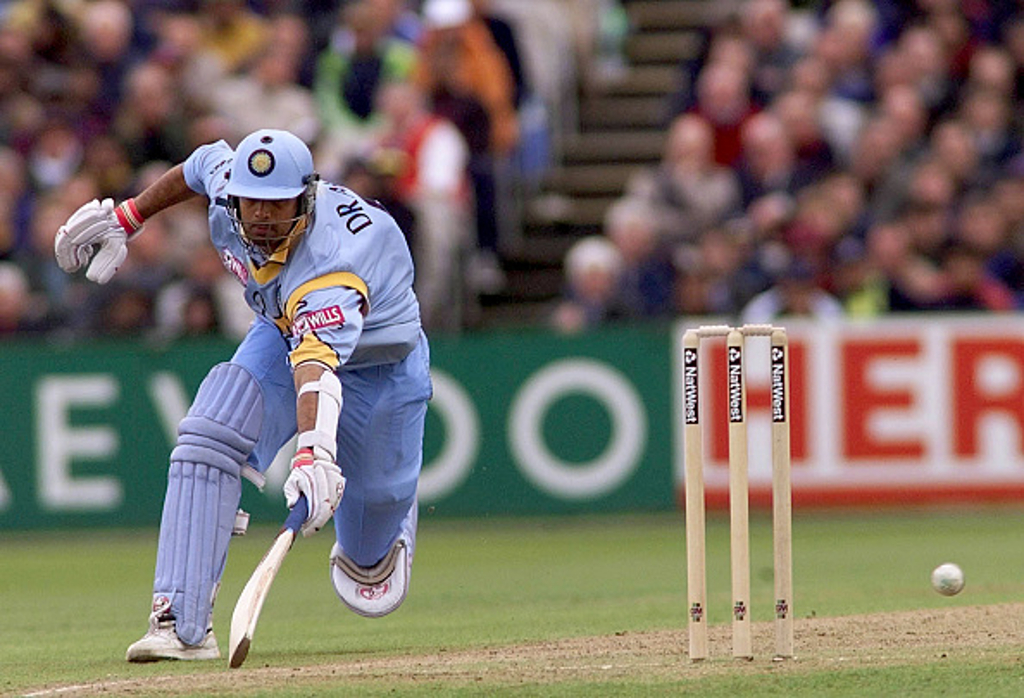 Rahul Dravid (81) resisted the Pakistan pace attack on a grey day in Manchester to help India claim victory over Pakistan in the Super Six phase of the 1999 tournament. 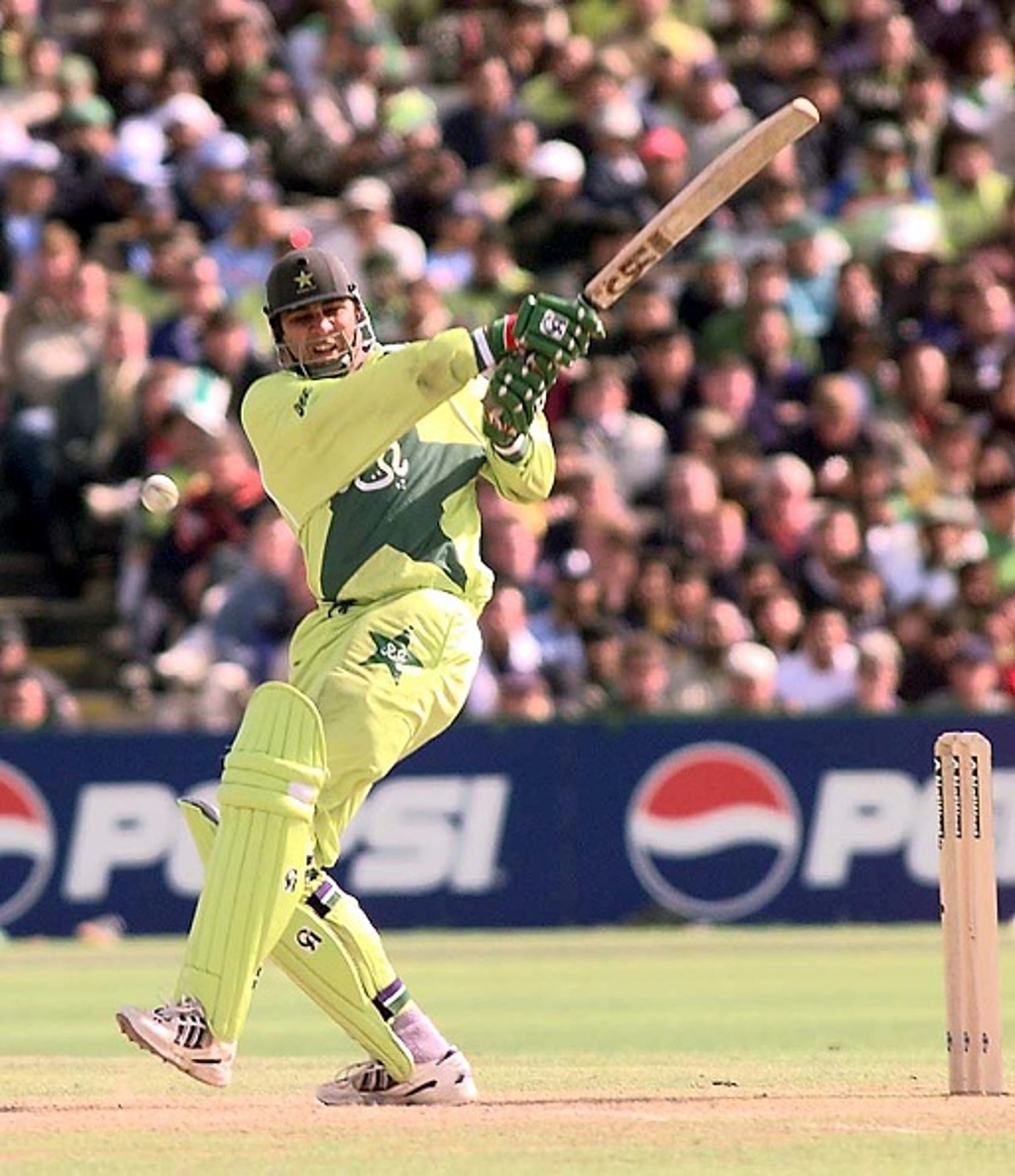 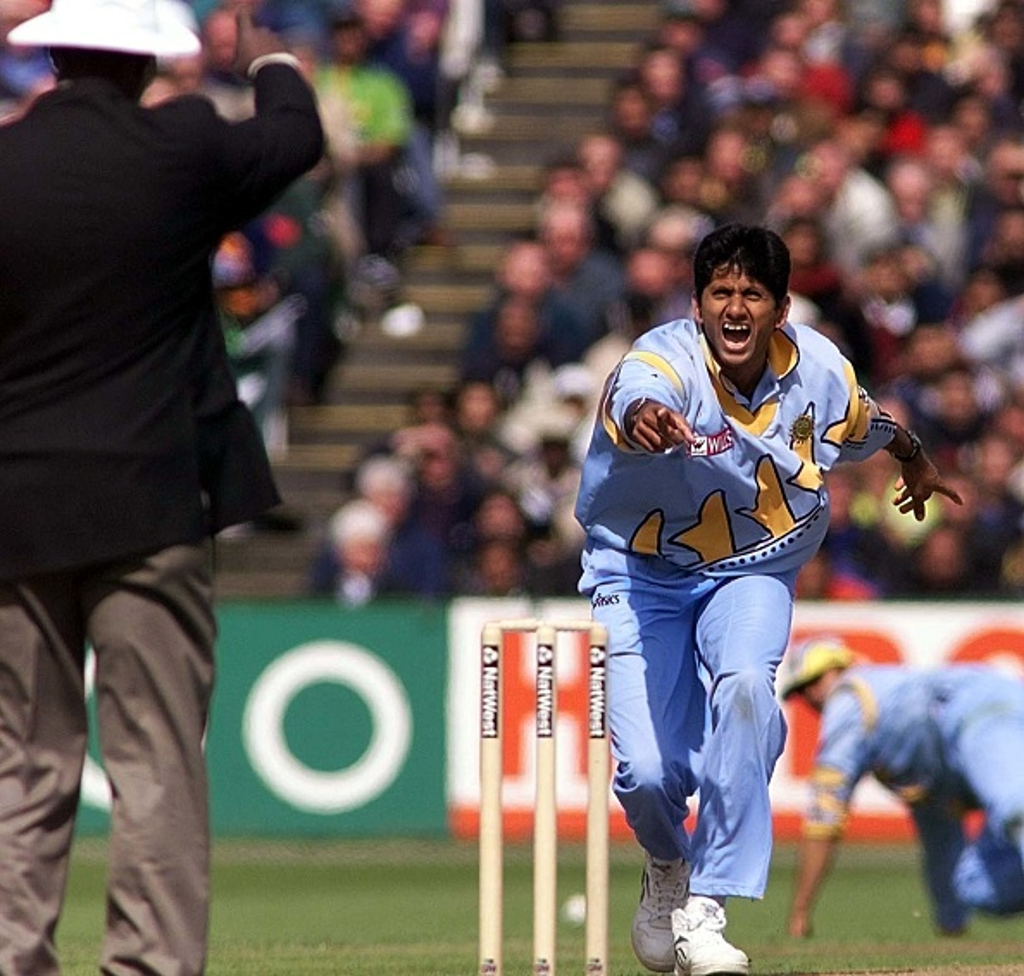 But it would be that man Prasad who returned to haunt Pakistan again taking the first five-fer by an India player against Pakistan in the World Cup ending with figures of 5/27. 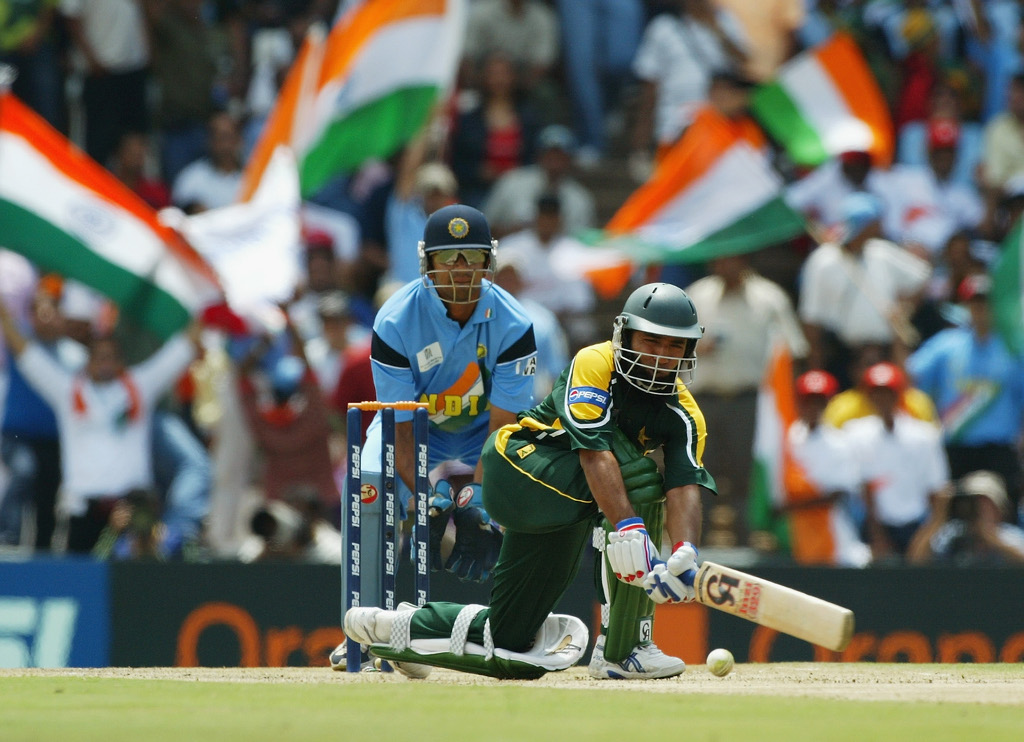 Saeed Anwar became the first man to score a century in the clashes between these two nations at the World Cup when he brought up three figures at Supersport Park in Centurion, South Africa in 2003. 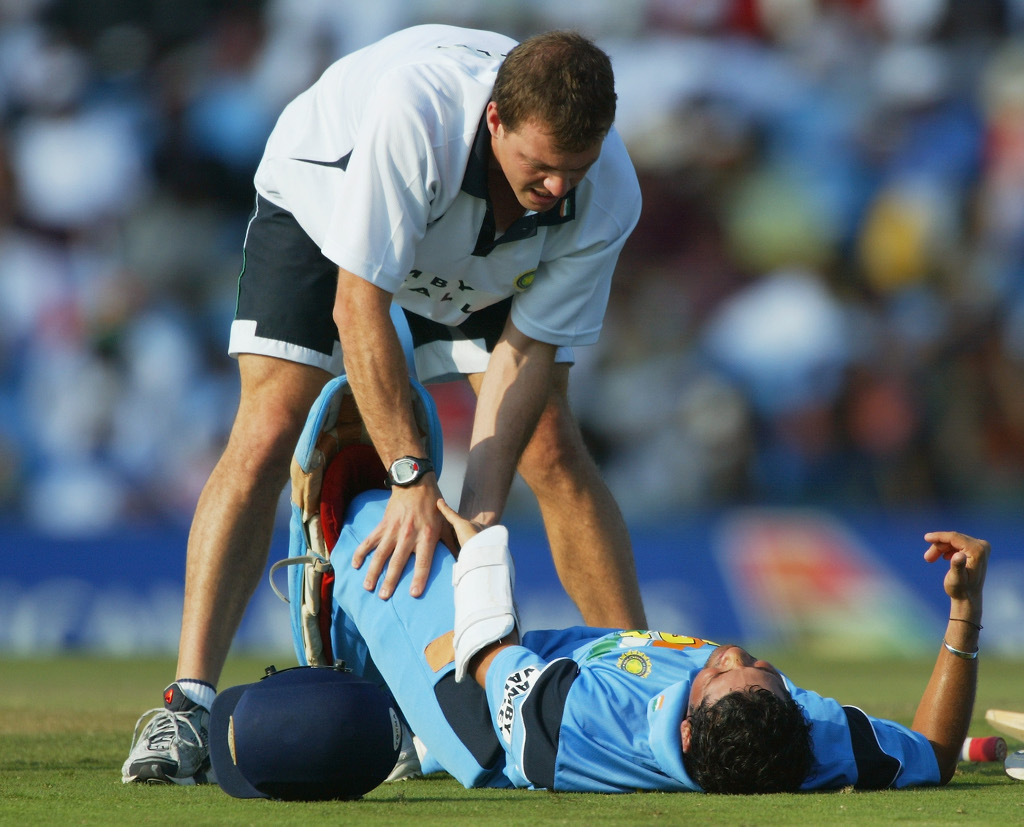 Tendulkar picked up a knock on his way to falling agonizingly short of emulating Anwar’s effort though the little master got to 98 off just 75 balls while the Pakistan opener’s knock was less explosive. 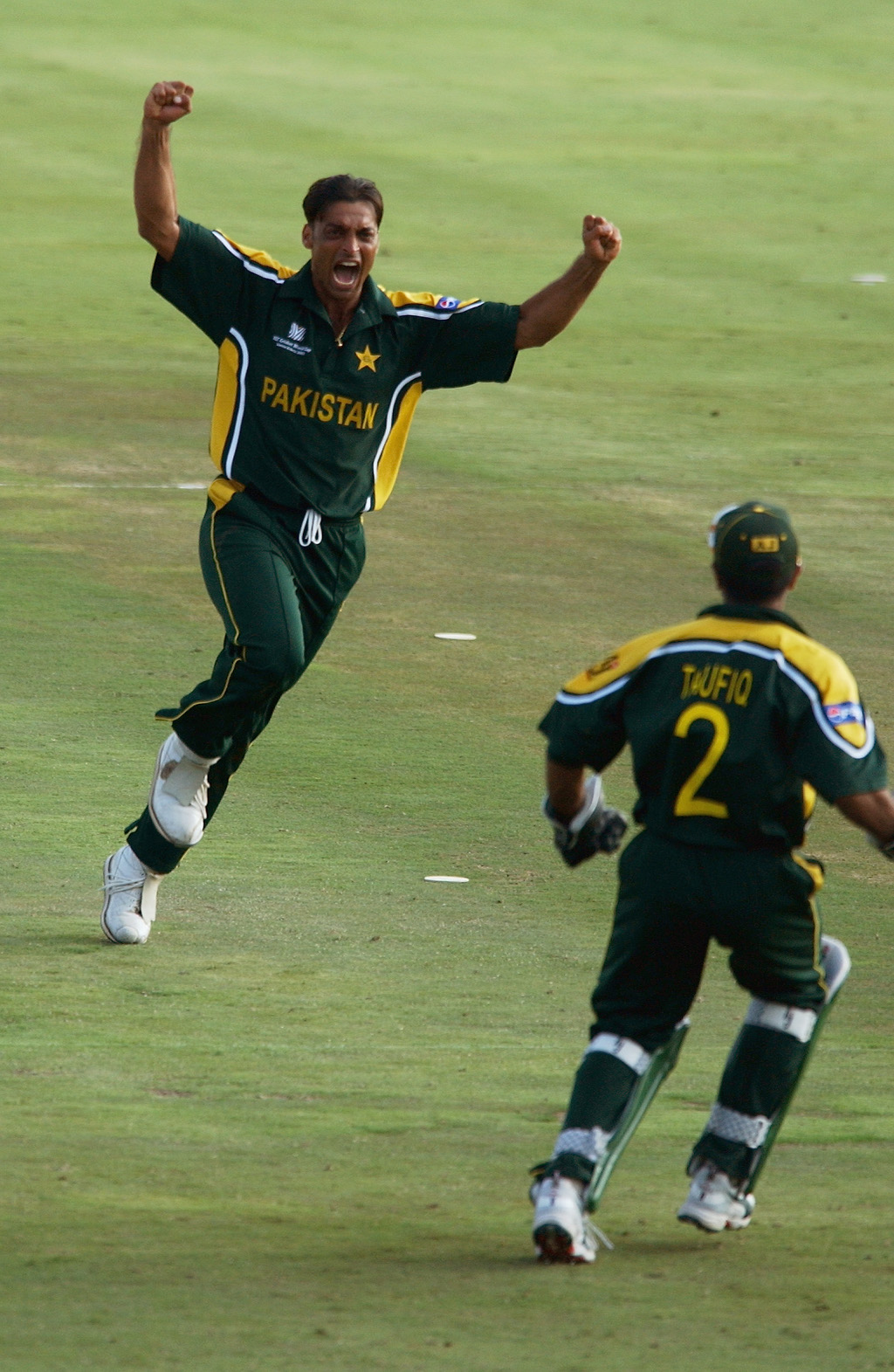 Shoaib Akhtar could celebrate the wicket of Tendulkar but Pakistan would end up on the losing end again as India hauled in their total with six wickets left in the bank. 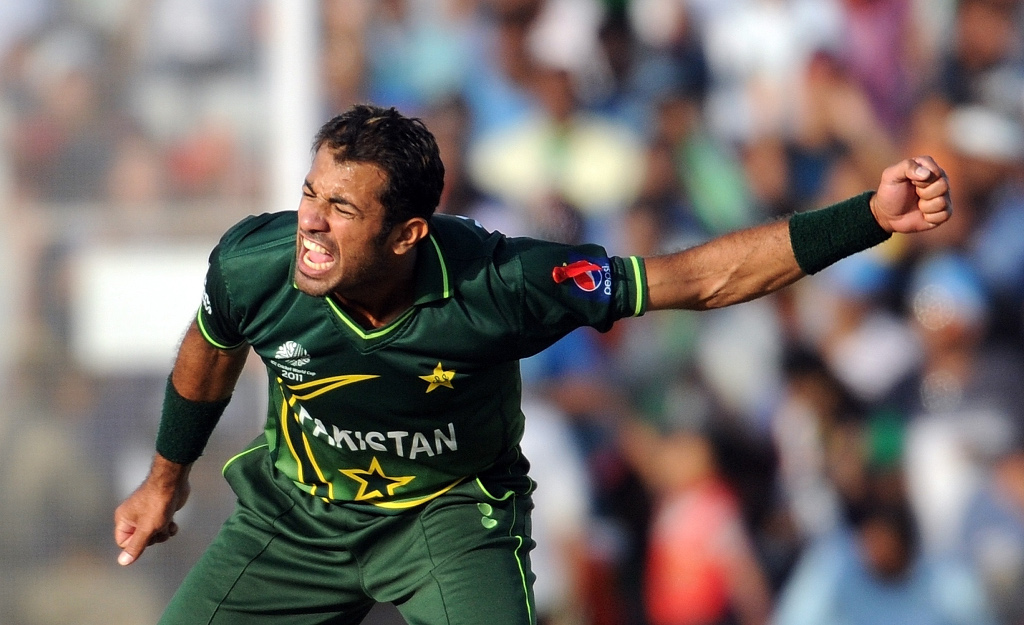 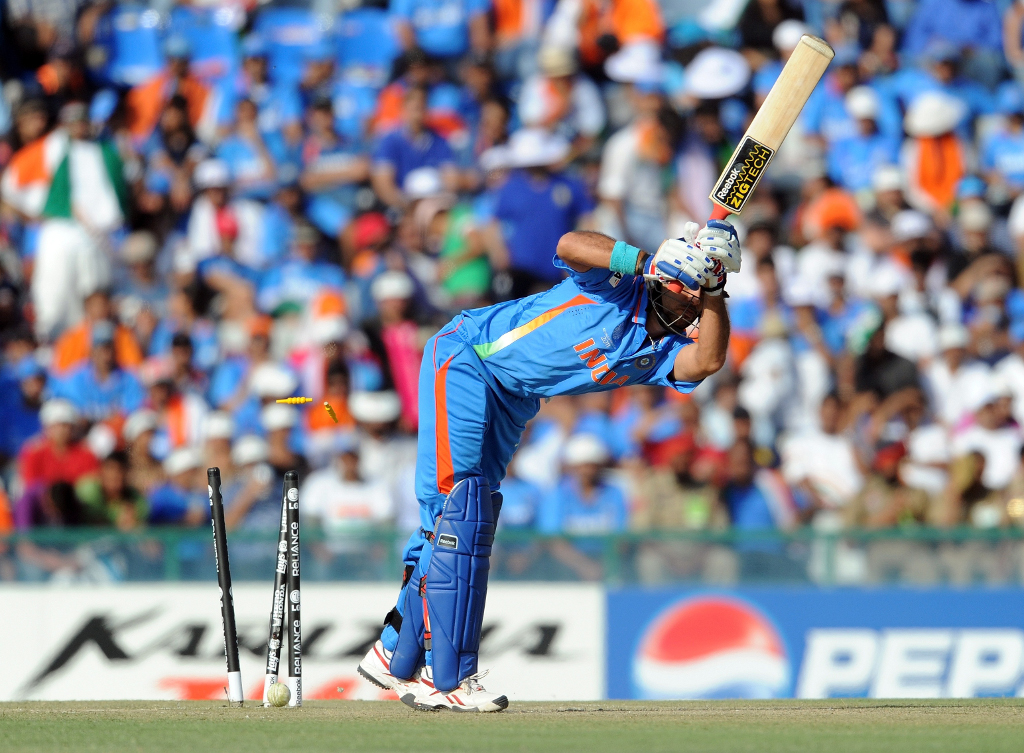 Wahab cleaned up Yuvraj Singh on his way to a match haul of 5/46. 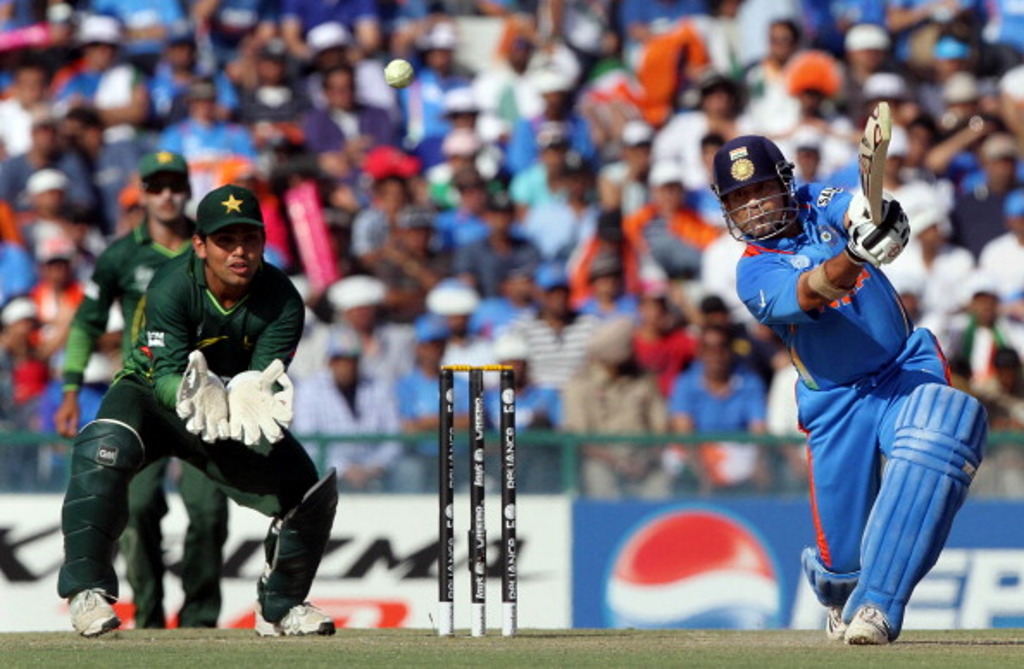 An 85 from Tendulkar was enough to get India to 260 which would ultimately prove enough. 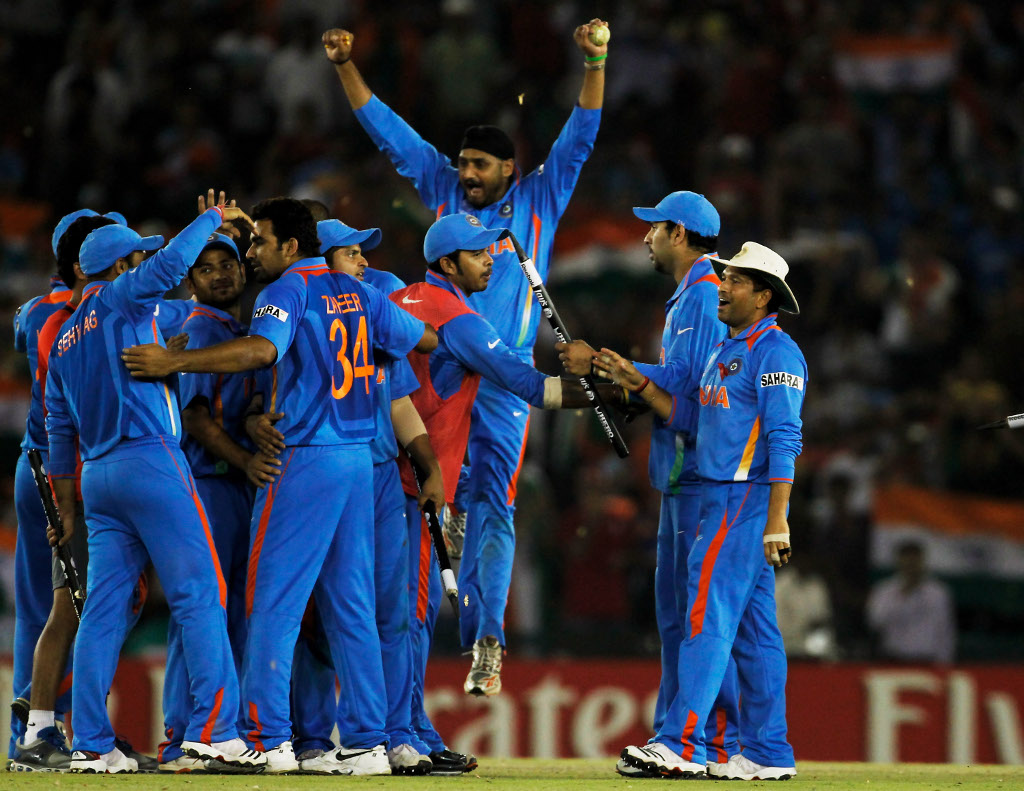 India would triumph by 29 runs on their way to their second World Cup win ending a long wait. 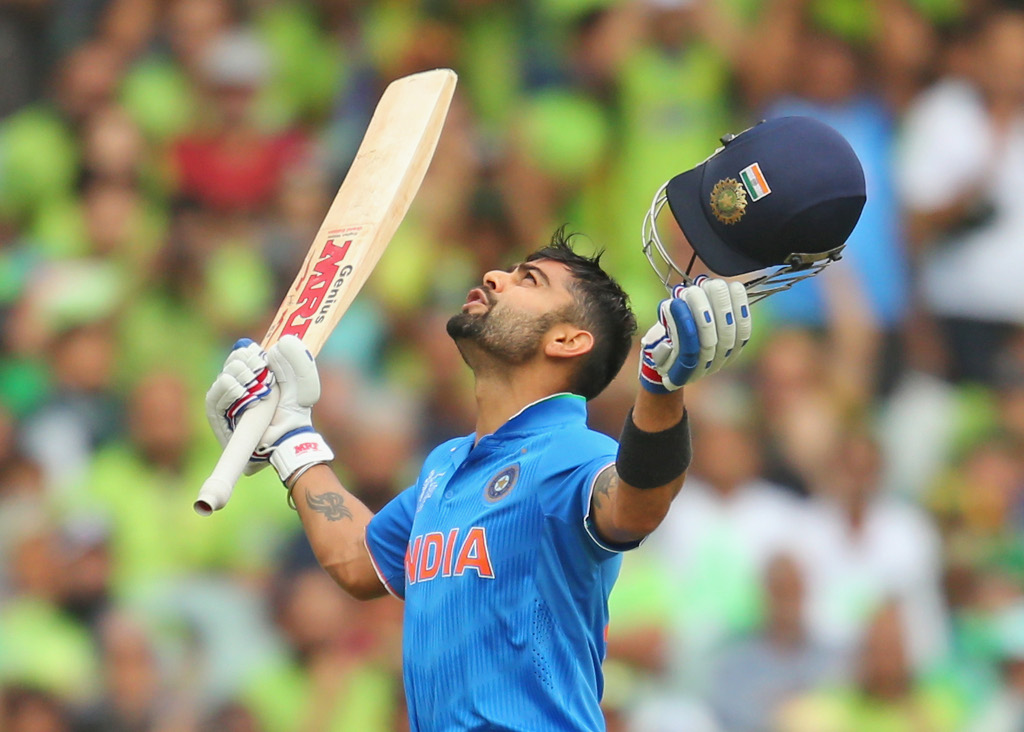 Virat Kohli stamped his mark on the fixture with authority in 2015 when he blasted the first World Cup hundred by an India man against their sworn enemy. 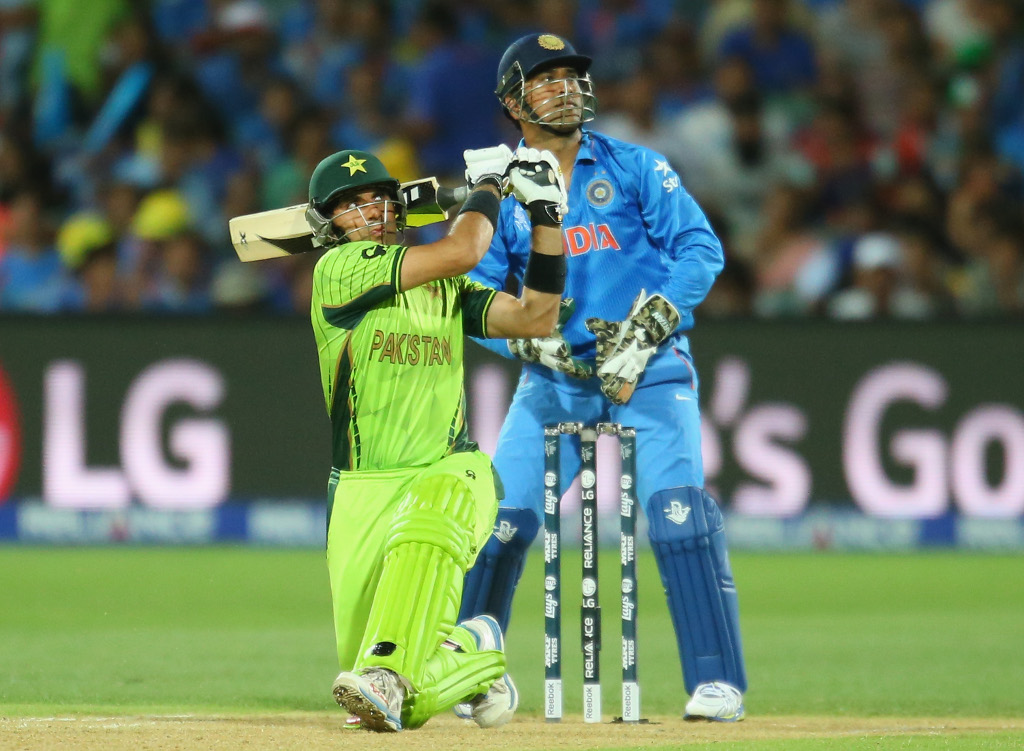 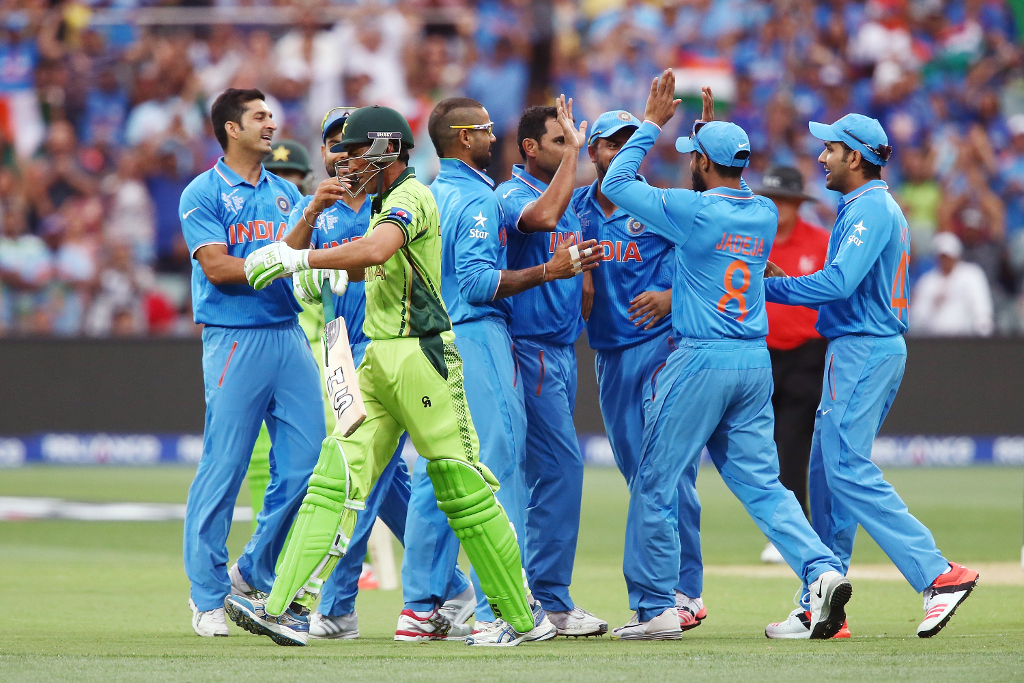 India would celebrate again having secured their largest ever runs win over their rivals and sixth win in six World Cup matches.