Home Top Story India wanted to be ruthless against Afghanistan

India wanted to be ruthless against Afghanistan 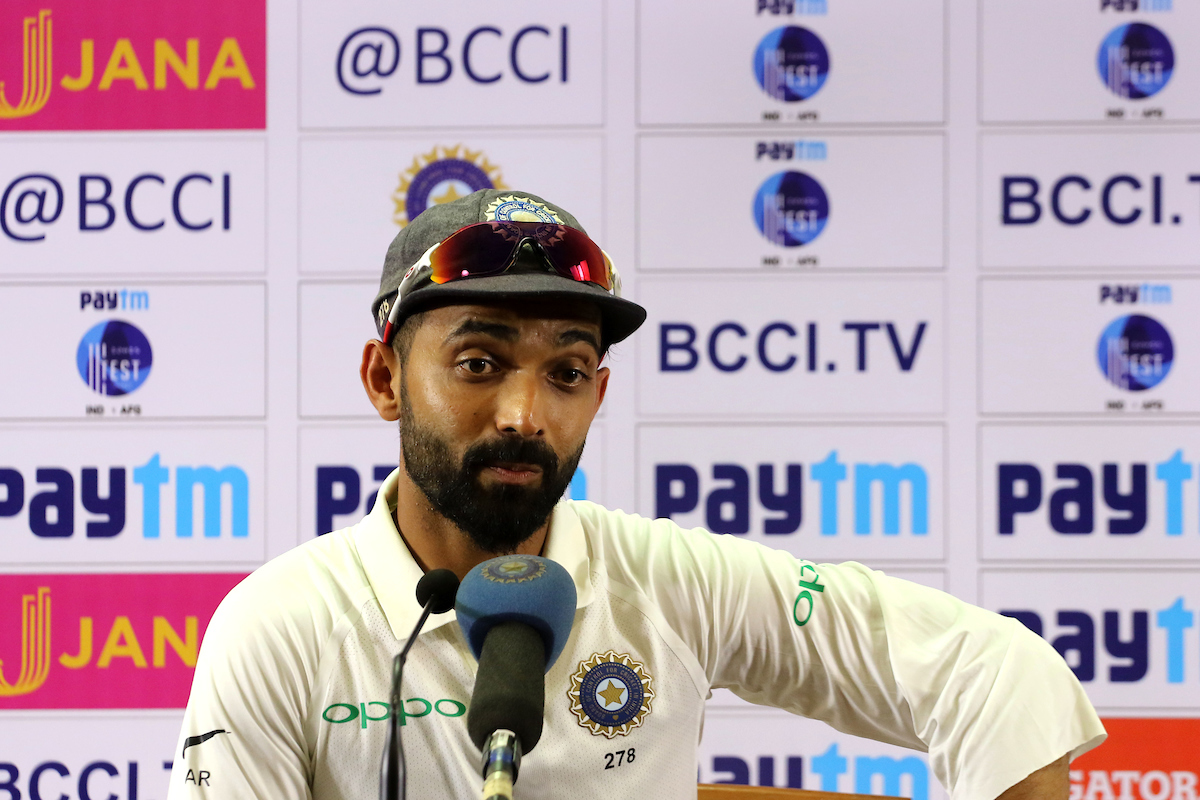 India’s resounding innings and 262 run win over Afghanistan was the result of the home side’s determination to do the basics well and be ruthless in taking their chances according to stand-in skipper Ajinkya Rahane.

Afghanistan were bowled out twice inside a day first for 109 and then for 103 to slump to the worst debut defeat in Test history.

Rahane would praise the spirit and skill of their opponents though and opined that they have a bright future in the game’s ultimate format.

Speaking after the match Rahane said: “This feels really special. It is always an honour to lead your country and we wanted to be ruthless.

“Guys like Shikhar (Dhawan) and (Murali Vijay) got those hundreds, (KL) Rahul chipped in and (Hardik) Pandya was magnificent at the end. It was important for all of us to stick to our basics, create some good habits,” he said. Rahane also had words of appreciation for Afghanistan despite their abject surrender in the match.

“But credit to Afghanistan, they were fantastic. From here on it is only upwards and onwards for them. Their seamers bowled really well, especially in the third session yesterday and I am sure they will go a long way against all opponents.”

India opener Shikhar Dhawan echoed the skipper’s sentiments as he received his man of the match award.

“First of all I would like to congratulate Afghanistan for reaching this level. It’s only their first Test and they’ll keep getting better as they play more. I would also like to wish them Eid Mubarak; it is a big day for them,” he said.

“It is always a learning process and once they start winning they’ll do really well. Big names are already coming out of their country already and doing really well in world cricket,” the left-hander added.