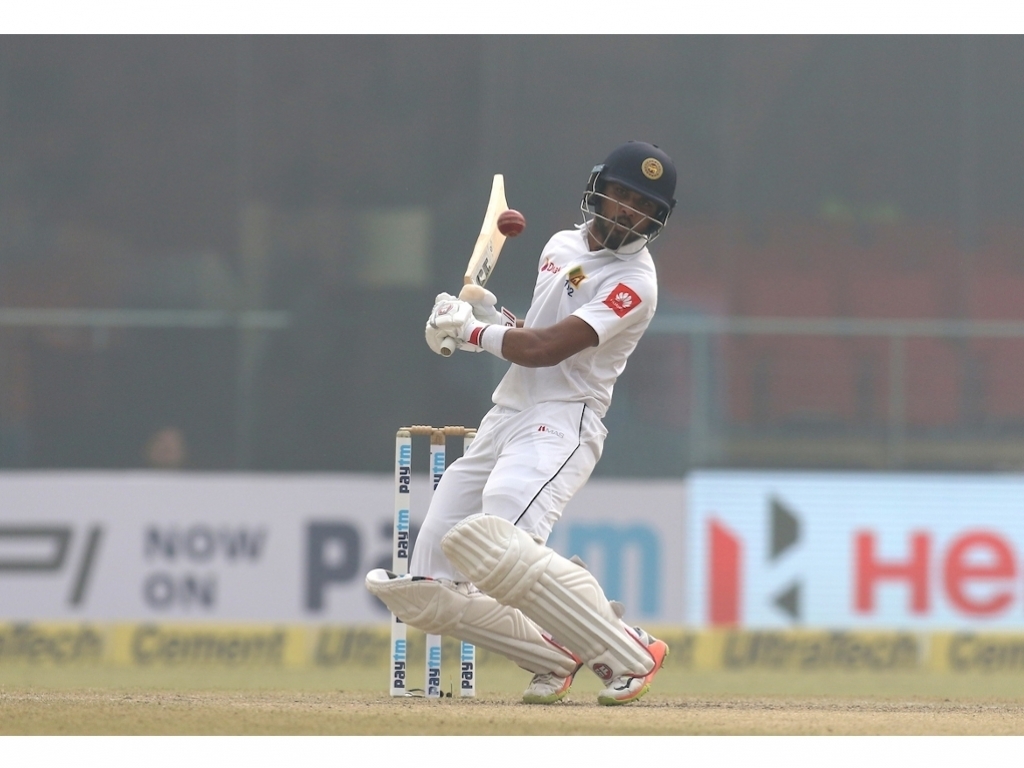 India were made to work hard for their wickets on day three of the Third Test against Sri Lanka with the tourists reaching 356 for 9 by stumps still trailing by 180 runs.

Angelo Mathews and skipper Dinesh Chandimal would frustrate the hosts with a partnership that provided a glimmer of hope of saving the Test for Sri Lanka.

Mathews made the most of a slew of dropped catches from India on days two and three to record his eighth Test century.

India were able to restrict the scoring but Mathews and Chandimal looked composed at the crease adding 181 runs while Virat Kohli was reluctant to turn to Ravichandran Ashwin.

It would be the off-spinner who provided the breakthrough though producing a peach of a delivery to have Mathews (111) caught behind. Sri Lanka were 256 for 4.

Sadeera Samarawickrama was able to bat having been cleared of a concussion after he was struck on the helmet while fielding close to the bat.

Sadeera came out with intent after tea and though his execution wasn’t always pitch perfect he was able to punish some unusually loose bowling from Ashwin and Ravindra Jadeja after tea.

Chandimal and Sadeera (33) added 51 runs for the fifth wicket before Kohli turned to Ishant Sharma who found the edge of the latter’s bat with Wriddhiman Saha completing an excellent low catch.

Roshen Silva (0) had an inauspicious start to his Test career offering a routine bat-pad chance to short leg to give Ashwin a second scalp.

Niroshan Dickwella (0) showed his usual lack of patience and was bowled by Ashwin trying to slash a quicker ball through the covers leaving Sri Lanka.

Suranga Lakmal looked uncomfortable for his entire innings barring one solid cover drive that went for four and he would nick off to Mohammed Shami to expose the rank tailenders to an India attack with their tails up.

Jadeja trapped Lahiru Gamage (1) leg before and though he reviewed out of desperation he was adjudged out on umpire’s call.

Chandimal stood firm though and ended the day on 147 not out and even clouted Ashwin for six late on while Sandakan (0*) was solid in defense.

The final session of the day belonged to India though as they took five wickets for 86 runs.