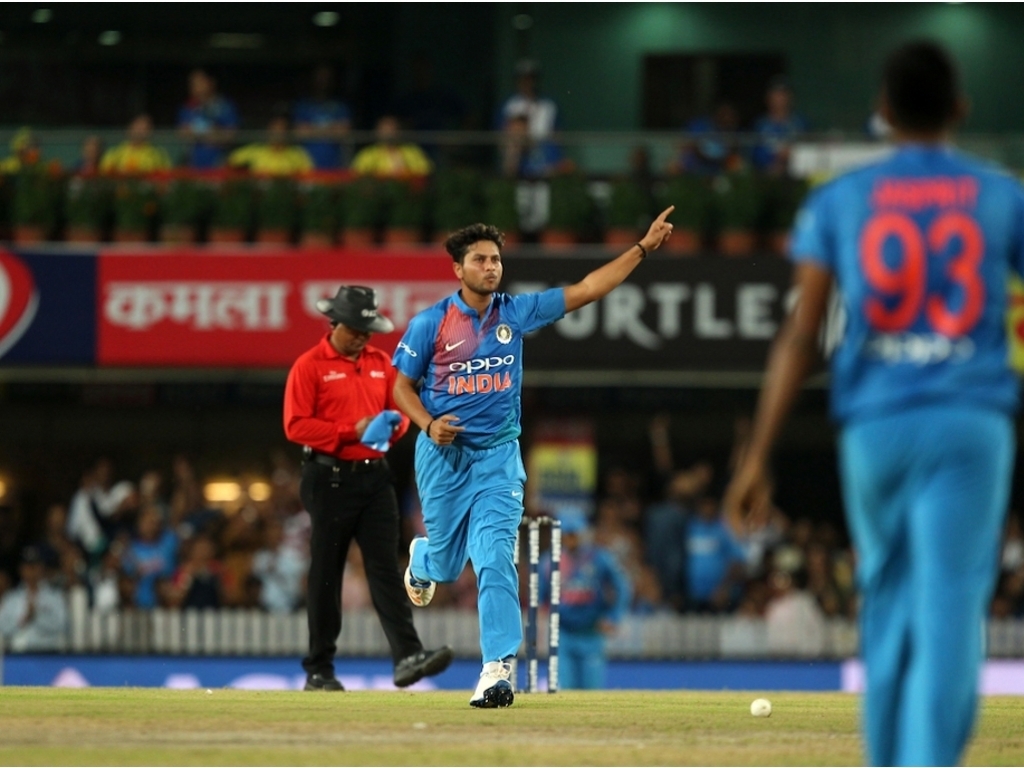 India never had things all their own way as they have for most of the tour but still managed to defeat the West Indies by five wickets in the first of three T20Is at Eden Gardens on Sunday.

After an impressive bowling display in which they restricted the Windies to 109/8, India did not make the run-chase as straightforward as it should have been.

The hosts were pegged back early Oshane Thomas clocked up some rapid pace in his early spell and was rewarded when he dismissed both openers, Rohit Sharma (6) and Shikhar Dhawan (3), before the end of the third over and only 16 runs on the board.

Thomas, who was making his T20I debut, bowled out his four overs and returned impressive figures of 2/21.

Carlos Brathwaite also chipped with 2/11 from his four overs as the touring side continued to strike crucial blows.

India innings was held together though by Dinesh Karthik, who was at the crease at the end on an unbeaten 31 while home debutant Krunal Pandya gave him good support with 21 not out.

Earlier, left-arm chinaman bowler Kuldeep Yadav was excellent as took 3/13 in his four overs while Krunal (1-15) also bagged a scalp in his first outing for his country.

Fabian Allen, batting at number eight, was the top-scorer for the Windies with 27.

The second T20I is scheduled to be played in Lucknow on Tuesday.