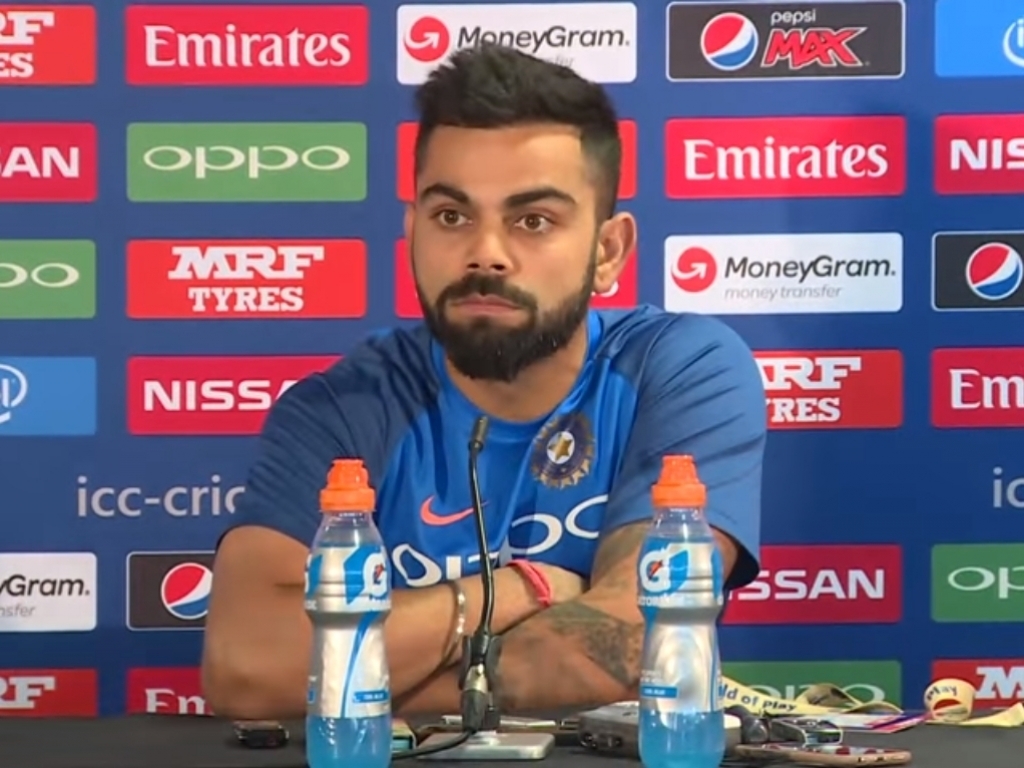 India skipper Virat Kohli has warned his team against complacency when they face Bangladesh in the Champions Trophy semi-final in Birmingham on Thursday.

Kohli’s men topped their group but a loss to Sri Lanka in the second game will remind them that in this tournament anything can happen on the day.

The skipper said at his pre-match press conference: “There are no guarantees in this sport.

“As we’ve seen, a lot of teams have surprised the opposition and we’re certainly not taking anything for granted.

“We will use whatever momentum we’ve gained in this tournament to execute what we want to. We’re not going to go according to past results and what we’ve done in the past tournaments.

“Going into a big game like this, we’re going to treat it as how we treated the last game. Our mindset does not differ.”

Bangladesh outgunned New Zealand in their final group stage game with a brilliant fifth wicket stand between Shakib-al-Hasan and Mahmudullah seeing them home in a thrilling chase.

The Tigers were well off the pace against England in the field and looked to be heading home during their second game against Australia only to be rescued by rain.

Kohli knows that this Bangladesh team is a far cry from the unit that made up the numbers until recently.

He added: “They are a very dangerous side on their day and everyone realises that. Bangladesh have taken huge strides.

“They are playing really good cricket and they are doing a lot of things right to be in that position.

“They have cricketers who are skilled, who are committed to play for Bangladesh and play with a lot of passion. They’re really keen to win a lot of games at this level and that shows in their attitude

“Even the other day I thought they were outstanding in the way they applied themselves and chased (New Zealand’s) total down. They showed a lot of composure and patience, and that is always a sign of a side that is mature now, that knows how to win matches from difficult situations.”

Yuvraj Singh will make his 300th ODI appearance for India if he plays in the semi-final and the skipper lauded the impact he has had on Indian cricket.

Kohli said: “His contribution to cricket has been outstanding. He’s been a total match-winner for India, won so many big tournaments in big cities, and this is just a testimony to the kind of talent he possesses.

“You obviously need to have all those things in place to be able to play 300 games for India and I congratulate him.

“Hopefully he can play a lot more for us and get in those match-winning performances all over again, and I hope it is a special one for him.”