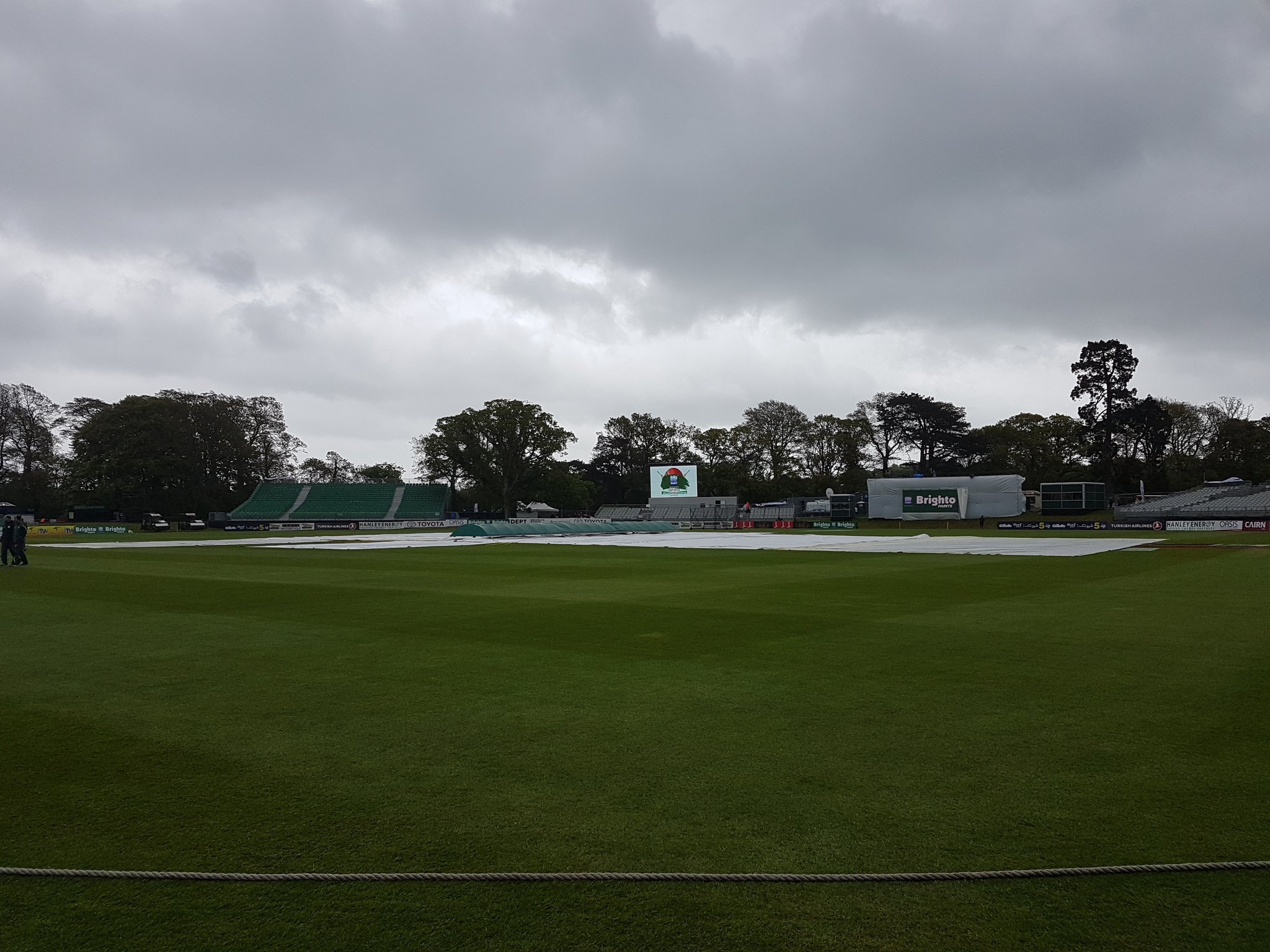 The very first day of Test cricket in Ireland has been washed out by intermittent showers that left the Malahide ground’s outfield too wet for play to commence.

The toss was delayed when a fine drizzle set in just before the coin was set to go up so Ireland’s XI will have to wait at least another day to make their Test debuts.

#GuerillaCricket speaks with some of the brave souls at today's rainy #IREvPAK test match at #Malahide. pic.twitter.com/ZvTFG5R7FS

Pakistan had named their XI on Thursday with Imam-ul-Haq and Faheem Ashraf set to make their debuts when or if play gets underway.

It has been 18 years since Test cricket welcomed a new member with Ireland set to become the 11th nation in the elite club while Afghanistan will make it a dozen later this year when they face India.

Devoted Irish fans turned up in spite of the weather hoping to witness the culmination of years of effort to get to this point but Ireland’s dream has been deferred by the weather.

Pakistan are currently seventh on the ICC rankings while Ireland have naturally yet to achieve a ranking so the tourists would like to get a result out of this contest ahead of a tough two-Test series in England that follows soon after.