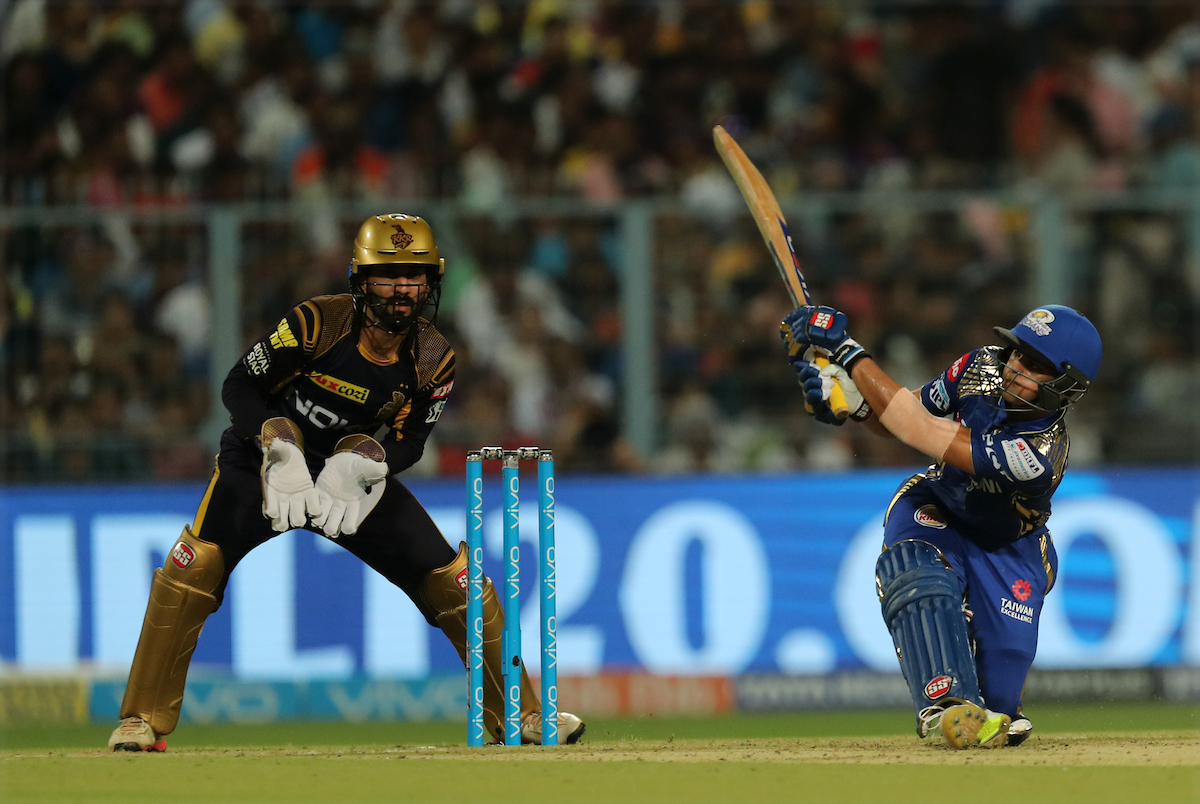 Ishan Kishan struck a dazzling 21 ball 62 for the Mumbai Indians to help power his side to an imposing 210 for 6 in their 20 overs.

That was enough for a thumping 102 run win over the home side the Kolkata Knight Riders who had won the toss and elected to field first.

Kishan’s innings was in sharp contrast to his teammates who all seemed to struggle to keep the scoreboard ticking over.

Ben Cutting would provide the big final push that neither Rohit Sharma (36 off 31 balls) nor Hardik Pandya (19 off 13 balls) could as he smashed 24 from 9 balls to lift the visitors over the 200 mark.

Suryakumar Yadav (36) had provided a steady if unspectacular start alongside Evin Lewis (18) but Piyush Chawla (3/48) sent both packing and he troubled the Mumbai Indians until a Kishan spanking tarnished his figures.

Krunal Pandya (8*) finished the innings with a six off Chawla after Cutting had holed out off the penultimate ball.

In response the Knight Riders found themselves in trouble early on with Sunil Narine’s luck out as he hoiked Mitchell McClenaghan to midwicket where Krunal gratefully completed the catch leaving the home side 4 for 1 two balls into their reply.

Rana’s wicket was the sixth to fall with the middle order giving way and little resistance coming from the tail though Tom Curran (18) and Piyush Chawla (11) at least managed double figures.

KKR slipped to 108 all out and suffering their second successive defeat which also sees them drop out of the playoff positions with the 102 run win powering the Mumbai Indians into fourth place on the log.