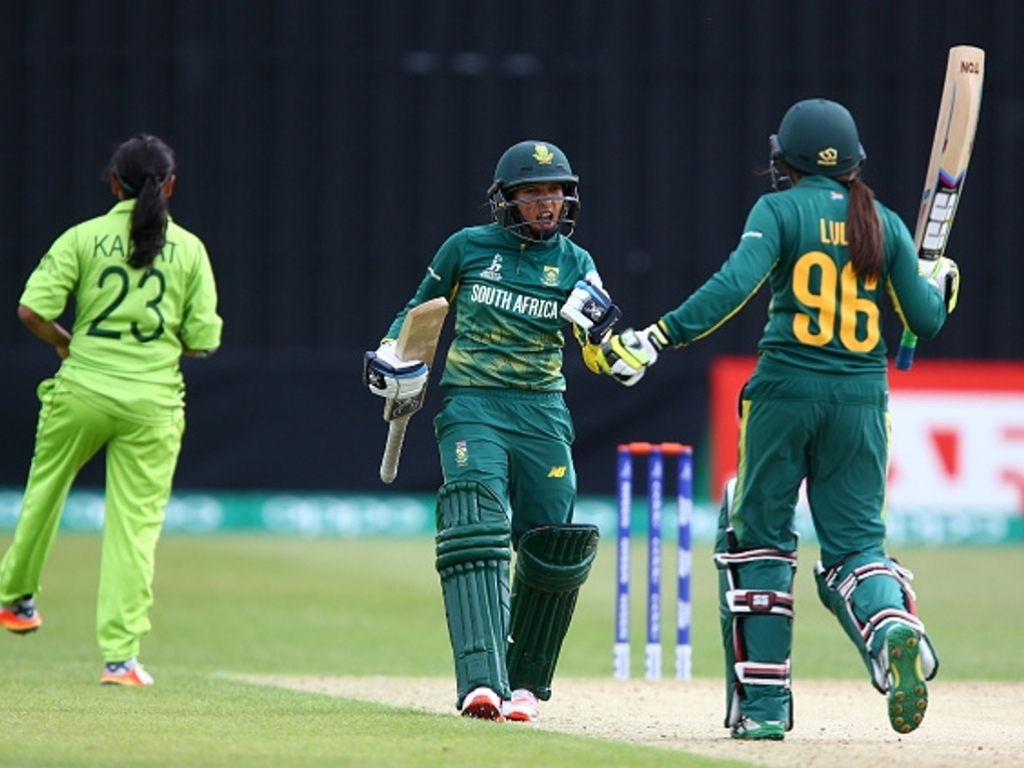 Shabnim Ismail considers herself the fastest bowler in women’s cricket but it was with bat in hand that she put in a nerveless display that helped her team win by three wickets with an over to spare.

Chasing 207 after Pakistan made 206 for 8 on the back of Nahida’s 79, South Africa set a solid foundation through the opening stand of 114 between Laura Wolvaardt and Lizelle Lee.

But once Sana Mir trapped Lee in front for 60 in the 26th over, things started to happen. The turning point, seemingly, came on the first ball of the 31st over when Wolvaardt, who batted beautifully for her 52, did not look at Trisha Chetty and committed to the second run. By the time she was sent back, Wolvaardt was too far down the wicket to beat Ayesha Zafar’s throw from mid-wicket, covering ground from mid-on, at the striker’s end.

With Pakistan having started to build dot-ball pressure by taking the pace off the ball through its spinners and Asmavia Iqbal, the asking rate had crept up and South Africa needed to push the game forward. It was never going to be easy after that and panic seemed to set in.

Javeria Khan first took a sharp catch at short mid-wicket to dismiss Chetty, and then was in action when Marizanne Kapp hit to her at cover and went for a non-existent single. Chloe Tryon went for the slog against Sadia Yousuf and was bowled, and then Iqbal ran out Dane van Niekerk as South Africa lost four wickets for 19 runs.

When Iqbal caught du Preez for 30 at square leg, South Africa needed 30 off 30 balls. It seemed all over, but Sune Luus (15 not out) and Ismail hit four fours, including three in the 49th over bowled by Kainat Imtiaz, the medium pacer, and held their nerves.

Put into bat, Pakistan showed the right intent but no one barring Nahida in the top order made a real impact. There were two defining partnerships in the innings. After Bismah Maroof was stumped in the 18th over and Pakistan was reduced to 61 for 3, Nahida and Nain Abidi focussed on rebuilding the innings with a 63-run stand. What was impressive is that they made those runs at a healthy rate of 4.02 instead of being bogged down in the middle.

After Abidi stepped out to pull a short ball outside the off stump from Luus and was stumped, Nahida, dropped once on 26, stepped up a gear with a six and four off consecutive deliveries. But Ismail’s sharp throw from deep extra cover to the bowling end in the 39th over meant that she had to go back.

Iqbal and Mir put their heads down to collect as many runs as possible. Their 43-run association in eight overs had just three fours. It could have been decisive had the South African openers not got off to a blazing start. They hit eight fours and a six in the first Power Play to negate the collapse in the middle phase of the game.