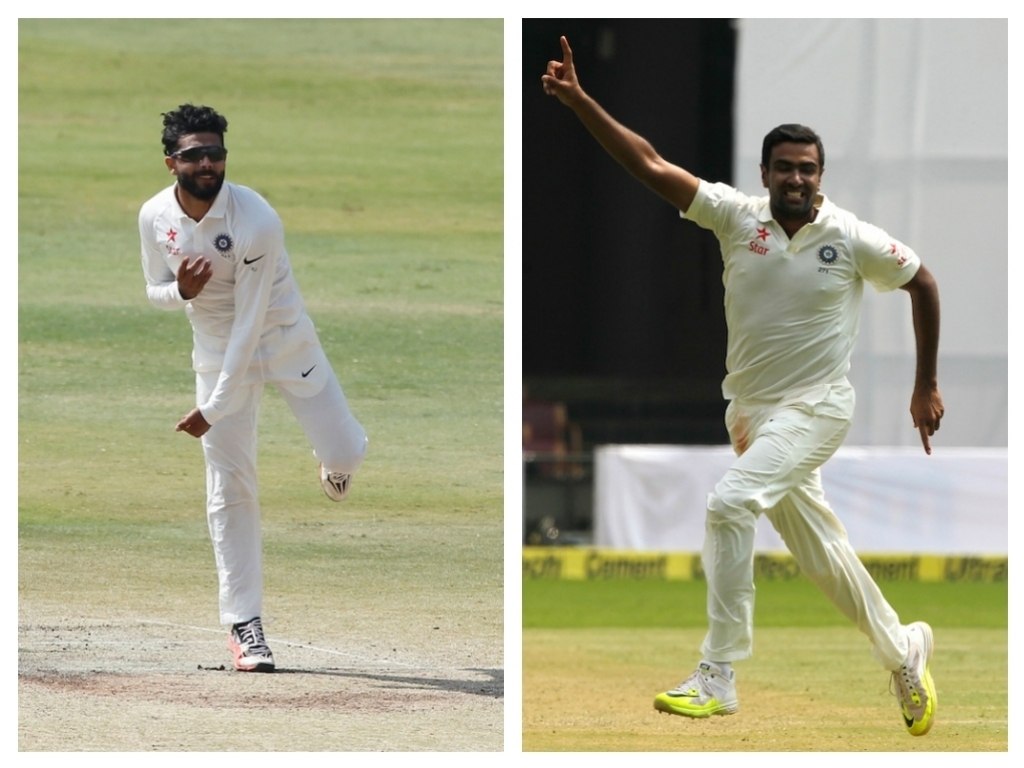 India’s win in the second Test assures them the No.1 spot in the ICC Test Team Rankings on the April 1 cut-off date and a cash prize of $1 million.

India’s Ravichandran Ashwin and Ravindra Jadeja have become the first pair of spinners to be jointly top-ranked in the ICC Player Rankings for Test Bowlers as Jadeja has caught up with his spin-partner in the rankings released today after the second Test against Australia in Bengaluru.

Jadeja’s seven wickets in the match, which included a crucial six for 63 in the first innings, have helped him move up one rank to reach the top position for the first time in his career. The last time two bowlers shared the top spot was in April 2008 when Dale Steyn and Muttiah Muralidaran were at the top.

Ashwin too played an important role in the match, which India won by 75 runs to level the four-match series 1-1, so as not to concede the top ranking. His eight wickets took him past spin legend Bishan Bedi’s tally of 266 wickets and made him the fifth-highest wicket-taker for India in Tests with 269 wickets.

Australia spinner Nathan Lyon’s eight wickets in the match have lifted him two places to 16th rank while his team’s left-arm spinner Steve O’Keefe and India pace bowler Umesh Yadav have gained one place each to reach career-best 28th and 29th places, respectively.

In the ICC Player Rankings for Test Batsmen Australia captain Steve Smith has maintained his reign at the top for 77 Tests, going past Ricky Ponting’s 76 matches and now has the third longest stint at the top among Australians after Steve Waugh (94) and Don Bradman (93).

His young team-mate Matt Renshaw has gained six places to reach a career-best 28th rank with knocks of 60 and five while left-hander Shaun Marsh has moved up five places to 37th position with scores of 66 and nine.

India captain Virat Kohli has conceded the second rank to England’s Joe Root after managing only 27 runs in the match and 40 in the series so far. Root is now one point ahead of Kohli at 848 points.

Cheteshwar Pujara’s innings of 17 and 92 have lifted him up five places to sixth rank while Ajinkya Rahane has moved up two places to 15th rank after scoring 17 and 52 in Bangalore. Player of the match Lokesh Rahul has gained 23 places to reach 23rd spot after scores of 90 and 51.

The list of all-rounders saw a change at the top as Bangladesh’s Shakib Al Hasan moved ahead of Ashwin, who has scored only 20 runs in four innings against Australia so far. Ashwin had overtaken Shakib in December 2015.

India’s win in the second Test assures it the No.1 spot in the ICC Test Team Rankings on the April 1 cut-off date and a cash prize of $1 million.