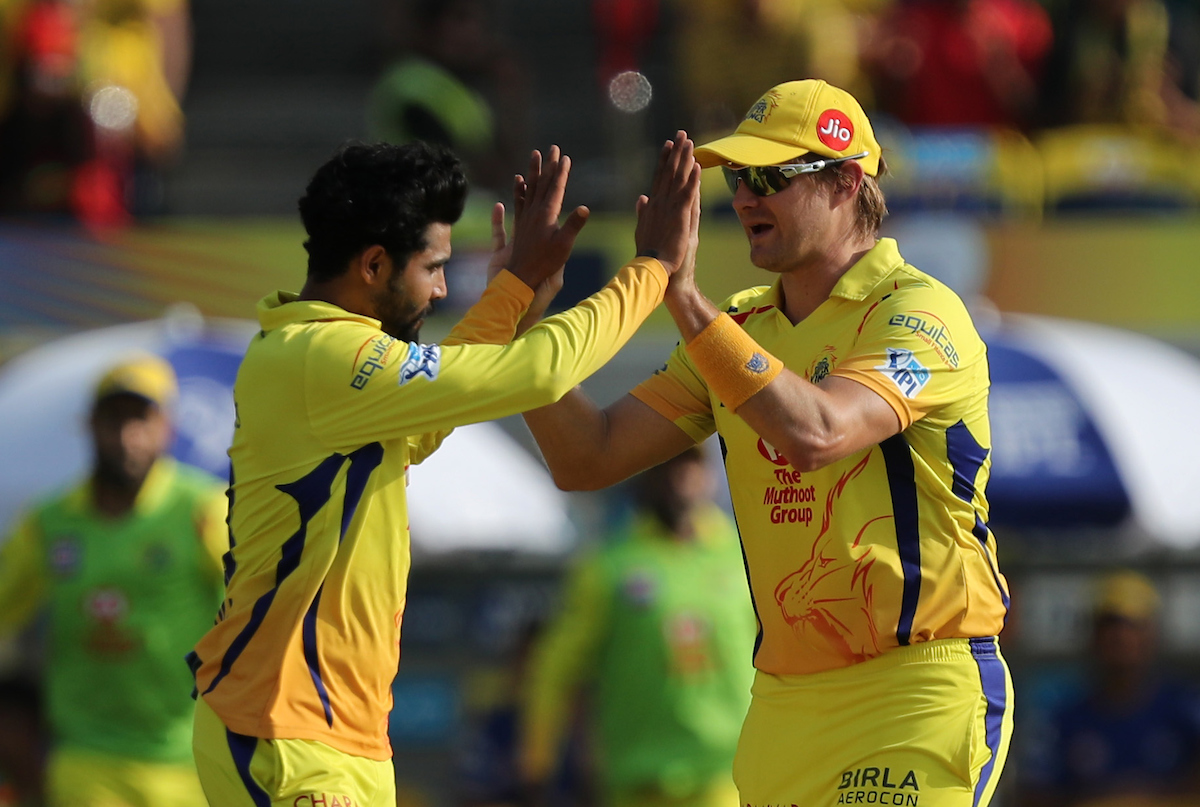 A brilliant display with the ball from the Chennai Super Kings, in particular Ravindra Jadeja, set up a six wicket victory over the Royal Challengers Bangalore in Pune.

Having won the toss and put RCB in to bat the Super Kings did the damage up front with Lungi Ngidi making the initial breakthrough.

Parthiv Patel’s 53 was something of a lone hand up top as none of the top seven, apart from the opener, managed double figures.

When Jadeja (3/18) accounted for Parthiv leaving RCB 84 for 5 the lower order gave way spectacularly as the visitors slipped to 89 for 9.

A Tim Southee cameo of 36 not out spared the Royal Challengers the ignominy of being skittled in double figures but the total of 127 for 9 looked far from challenging.

A running joke in the IPL is that the Super Kings always take the game down to the last over and the top order effort suggested this may have been the case again on Saturday.

After Shane Watson (11) was yorked by Umesh Yadav, Ambati Rayudu (32) and Suresh Raina (25) steadied the ship.

Though Rayudu’s dismissal was followed by Dhruv Shorey’s (8) but that brought together MS Dhoni and Dwayne Bravo.

The experienced pair got the Super Kings home with 12 balls to spare despite a slow start from Dhoni (31*) aided by some loose bowling from Yuzvendra Chahal whom Captain Cool whacked for three sixes in the 18th over.