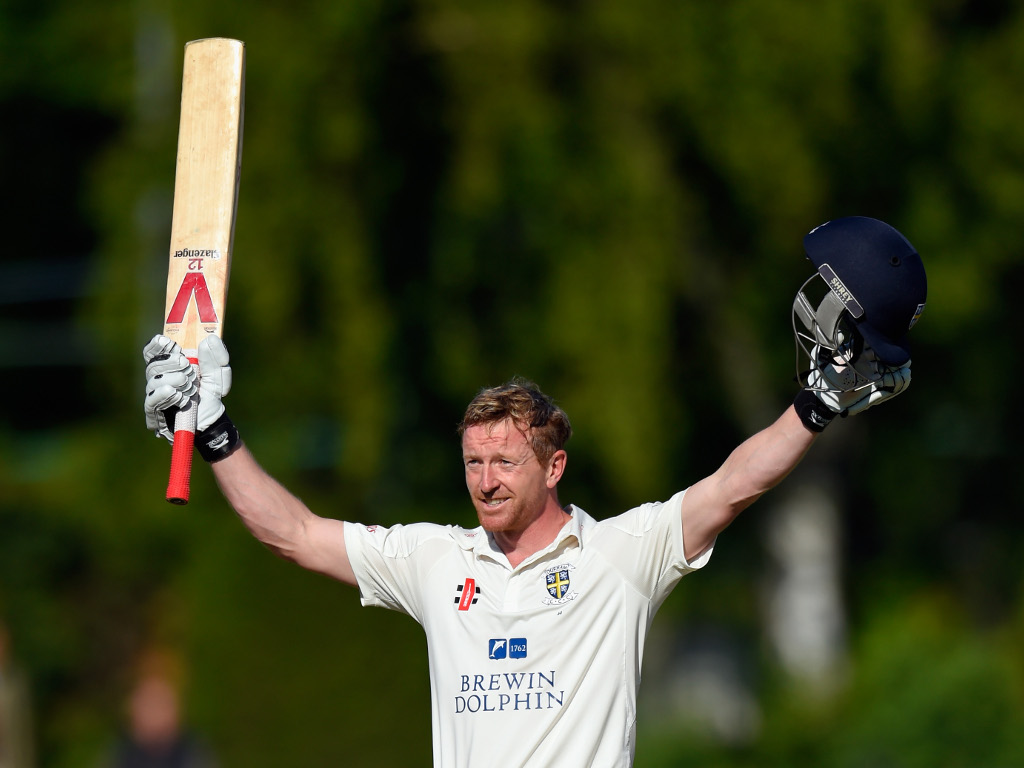 Durham County Cricket Club’s greatest ever run scorer and most illustrious player, Paul Collingwood will retire at the end of the 2018 season.

The 42-year-old club captain has announced his retirement from all forms of professional cricket following Durham’s County Championship fixture against Middlesex at theRiverside, which begins Monday, September 24.

The most successful player to ever play for Durham, Collingwood has represented the club in 23 of their 26 years in professional cricket and has amassed 304 first-class appearances, 16844 runs and 164 wickets.

“After much thought and deliberation, I have decided to announce my retirement from cricket at the end of the current season,” Collingwood said.

“I knew this day would eventually come but it hasn’t made it any easier – although it’s an emotional decision, I know that the time is right and I’m comfortable knowing that I have given every last ounce of energy to the sport.

“I have achieved so much with both Durham and England; far more than I ever imagined and I feel extremely privileged to have had such a long and rewarding career.

“It has been an honour to represent Durham County Cricket Club for the last 23 years and I would like to thank the staff, coaches, team mates and members for their tremendous support and for making my career so enjoyable.

“I am excited about what the future holds for me and am looking forward to new challenges.”

Born in Shotley Bridge, County Durham, Collingwood made his debut for Durham in 1996 and soon demonstrated the class that was to feature throughout his career.

The three-time Ashes winner made his ODI debut for England in 2001 and two years later was selected for the Test side for their fixture against Sri Lanka in Galle.

Collingwood played 68 Test matches for England, scoring 4,259 runs at an average of over 40 and produced a number of outstanding performances, scoring a memorable double century during the 2006/07 Ashes series in Australia.

He became the first England captain to deliver at a global tournament when England beat Australia to win the 2010 World Twenty20.

Following his retirement from international cricket in 2011, he went on to lift the 2013 County Championship title with Durham and also played a significant role in the club’s Royal London One-Day Cup victory at Lord’s a year later.

Earlier this year, the all-rounder’s contribution to the Club was marked with the naming of the Paul Collingwood Pavilion.

As in previous winters, Collingwood will be taking up a coaching role as he looks to progress his post-playing coaching career.

Durham County Cricket Club Chairman, Sir Ian Botham, said: “Paul is one of the greatest all-rounders to ever grace the game of cricket and to have him playing at Durham, his home county, for all these years has been an absolute privilege.

“Both on and off the field he has class, intelligence and charm and it is a testament to his incredible commitment and work ethic that he has been able to compete at the top level for the amount of time that he has.

“Colly is Mr Durham and it will be very strange without him, but on behalf of myself and everyone at Durham County Cricket Club, I would like to wish him the very best in whatever the future holds.”