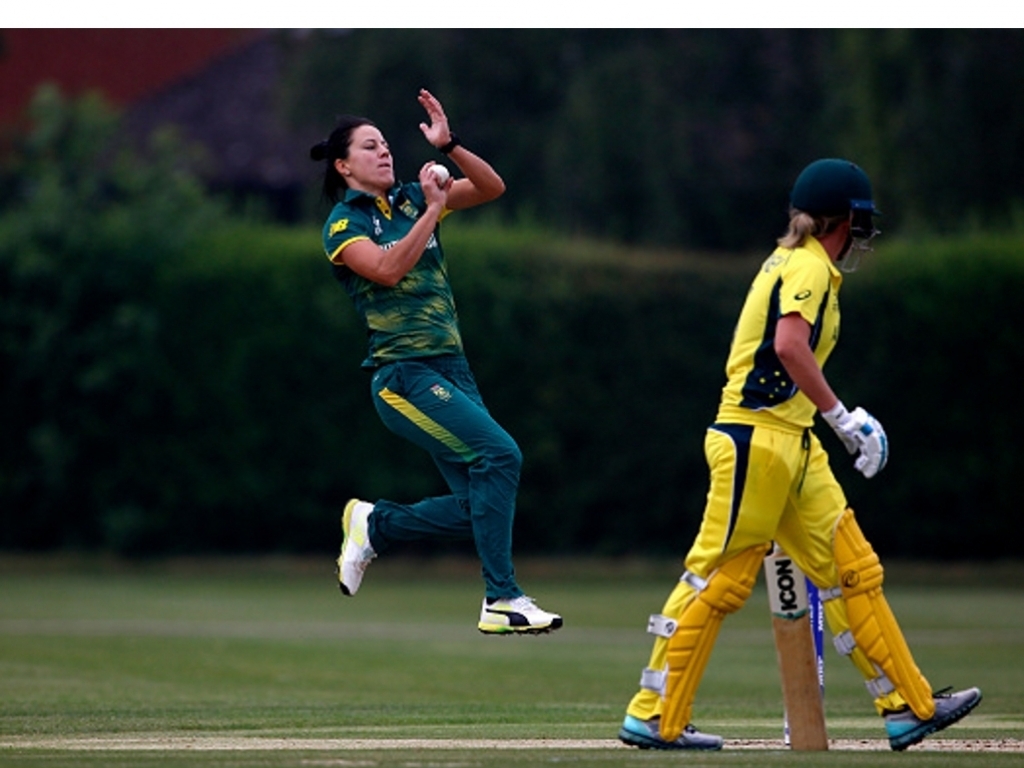 The top players of the world will be seen in action at the ICC Women’s World Cup 2017, which apart from team glory, will also give players the chance to enhance their ranking points in a long league format which will see all eight teams play each other.

The 24 June to 23 July tournament, which will be held across five venues in the United Kingdom, could see several changes in individual rankings as 28 league matches and the two semi-finals and final provide players from the world a huge platform.

Defending champions and six-time winners Australia’s campaign will be led by captain Meg Lanning, who tops the batsman’s list in the Women’s ODI Player Rankings by a comfortable margin of 51 points over India captain Mithali Raj.

Lanning, who is the only player to have scored 10 ODI centuries and averages over 50 in the format, will get a chance to consolidate her position at the top as Elysse Perry and Alex Blackwell will be aiming to improve their rankings of sixth and seventh, respectively.

Left-arm spinner Jess Jonassen will be the highest-ranked Australia bowler in the tournament at a career-best fifth position while pace bowlers Ellyse Perry (ninth) and Megan Schutt (20th) are the others among the top 20.

For three-time winners England, who won the World Cup both times they hosted it – in 1973 and 1993 – captain Heather Knight leads the batting line-up in 11th position while Sarah Taylor (12th) and Natalie Sciver (15th) will be looking to close in on the top 10.

Pace bowler Katherine Brunt (fourth) will be hoping to leapfrog India’s Jhulan Goswami, who is just five points ahead of her at 611 points. Off-spinners Danielle Hazell (14th) and Laura Marsh (15th) are at 510 and 509 points, respectively, and with a chance to move up as they are in a cluster that has another three other bowlers within three points.

For India, former number one batter Raj and Harmanpreet Kaur (ninth) remain the top names but the progress of left-handed opener Deepti Sharma (23rd) will be keenly watched after her epic 320-run stand with Poonam Raut against Ireland last month, which is the highest partnership in women’s ODIs.

Among bowlers, Goswami, who became the highest wicket-taker in ODIs after surpassing Cathryn Fitzpatrick’s total of 180 wickets, will be looking to move up from her third position while left-arm spinners Ekta Bisht (sixth) and Rajeshwari Gayakwad (13th) will face the challenge of bowling well in English conditions.

New Zealand, the 2000 champions, boast two batsmen with solid credentials among the top four. Amy Satterthwaite, who last year scored four successive ODI centuries, is ranked third, while captain Suzie Bates too has a huge reputation as she was the leading run-scorer in the ICC Women’s World Cup 2013.

Pace bowler Lea Tahuhu (11th) will be looking to break into the top 10 while leg-spinner Erin Bermingham will be featuring in her first ICC Women’s World Cup after reasonable success in three ICC Women’s World Twenty20 championships.

Pakistan captain Sana Mir is the most high-profile player from her side at eighth position among bowlers with left-arm spinner Sadia Yousaf (23rd) another experienced campaigner. The pair of Javeria Wadood (17th) and Bismah Maroof (18th) will be expected to shoulder the team’s batting responsibilities.

For Sri Lanka, captain Inoka Ranaweera and former captain Chamari Athapaththu are ranked 24th among bowlers and batsmen respectively, and would be hoping to inspire their team to some surprise wins after beating Pakistan in the ICC Women’s World Cup Qualifier 2017 held in Colombo in February.

South Africa have the satisfaction of seeing Marizanne Kapp at the top of the bowlers’ list, with Shabnim Ismail in 10th position. Lizelle Lee (10th), who partnered in a record 163-run opening stand with Dane van Niekerk in the ICC Women’s World Twenty20 2014 match against Pakistan but is in her first World Cup, is the top-ranked batsman from her side with Mignon de Preez (13th) and Chloe Tryon (14th) not too far behind.

For the West Indies, captain Stafanie Taylor is the big star, currently ranked second among bowlers, fifth among batsman and the top all-rounder with a massive lead of 57 points over Elysse Perry of Australia.

Deandra Dottin (eighth) among batters and Anisa Mohammed (seventh) among bowlers will be others whose rankings will be watched with interest as the reigning ICC Women’s World Twenty20 champion and last time’s runner-up side will be looking to do one better this time.

There are no separate ODI team rankings for women but the results of the ICC Women’s World Cup will have a bearing on the Women’s Team Rankings, which are a combination of ODI and Twenty20 International results.

Australia leads the table currently with 128 points. It could be overtaken by England (122 points) if the host wins all its matches and Australia also lose to New Zealand and the West Indies or fare worse. New Zealand are placed third with 119 points while India (111) are not far behind. South Africa are on 91 points, Pakistan on 76 and Sri Lanka on 67 points.