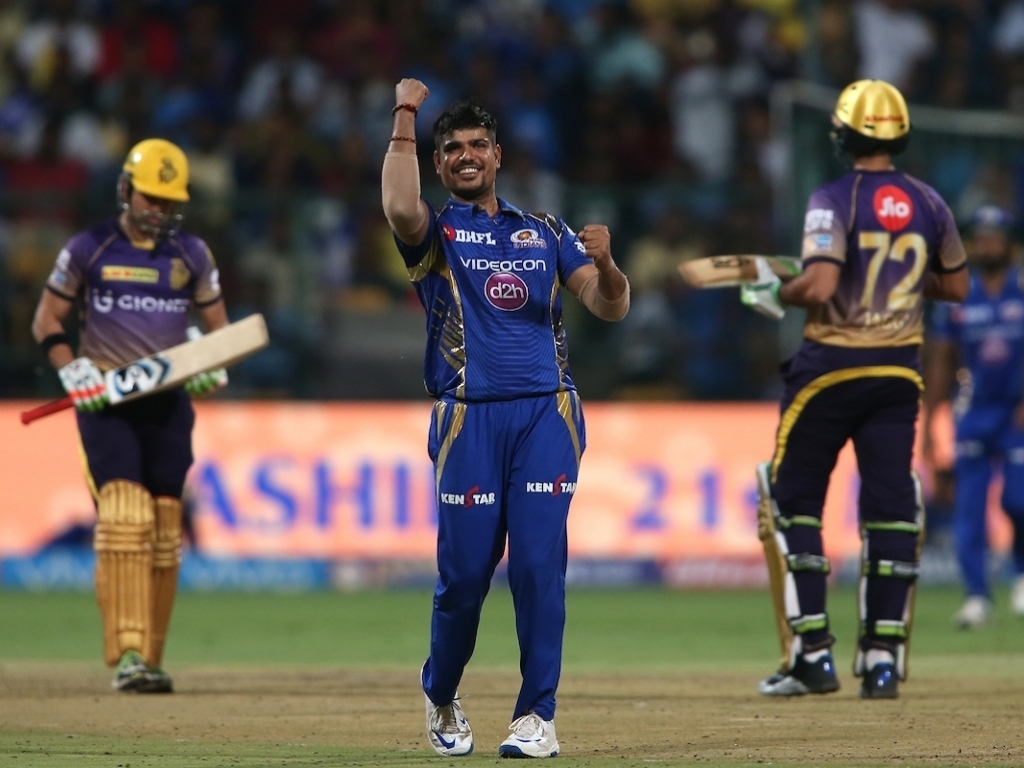 Mumbai Indians man of the match in the Qualifier victory over the Kolkata Knight Riders, Karn Sharma, is delighted to be playing a role for the side.

Karn was brilliant in the fixture picking up 4 for 16 in four overs as KKR limped to 107 all out, failing to make use of all 20 overs.

It has been a remarkable turnaround for Karn who failed to take a single wicket in five outings in the 2016 IPL.

The wrath of Karn! https://t.co/G0nx8x7PSL #VIVOIPL via @ipl

Karn said after the victory over KKR: “My bowling has come out well, it wasn’t great last year but I have worked hard on it.

“This was an important game for the team as we had to qualify for the final, so I just tried to get wickets for my team and bowl them out quickly. It’s a good thing that I am helping out the team.”

The Mumbai Indians will be chasing their third IPL title which would make them the most successful team in the history of the competition.

Skipper Rohit Sharma hopes that the Mumbai franchise can snap their poor run against the Rising Pune Supergiant in the final.

RPS have beaten the Mumbai franchise in all three meetings this season most recently in the first qualifier at the Indians fortress of Wankhede stadium.

Rohit said after the Qualifier 2 win:  “We have been really working hard. We don’t shy away from going into the finals the hard way.

Today was the perfect day. Gives you a lot of confidence, bowlers set the day for us. Taking wickets at regular intervals and keeping the score under control. That’s been the hallmark of this team, we’re not dependent on one individual.

“In the top five, we don’t have any batsman. Shows a team effort. It’s not me, something we have been talking about. I just go and execute what I’ve been told. I rely on my gut feeling as well.

“It’s very necessary to keep changing. We’ve not had a great history against (Rising Pune Supergiant). Just one more hurdle.”