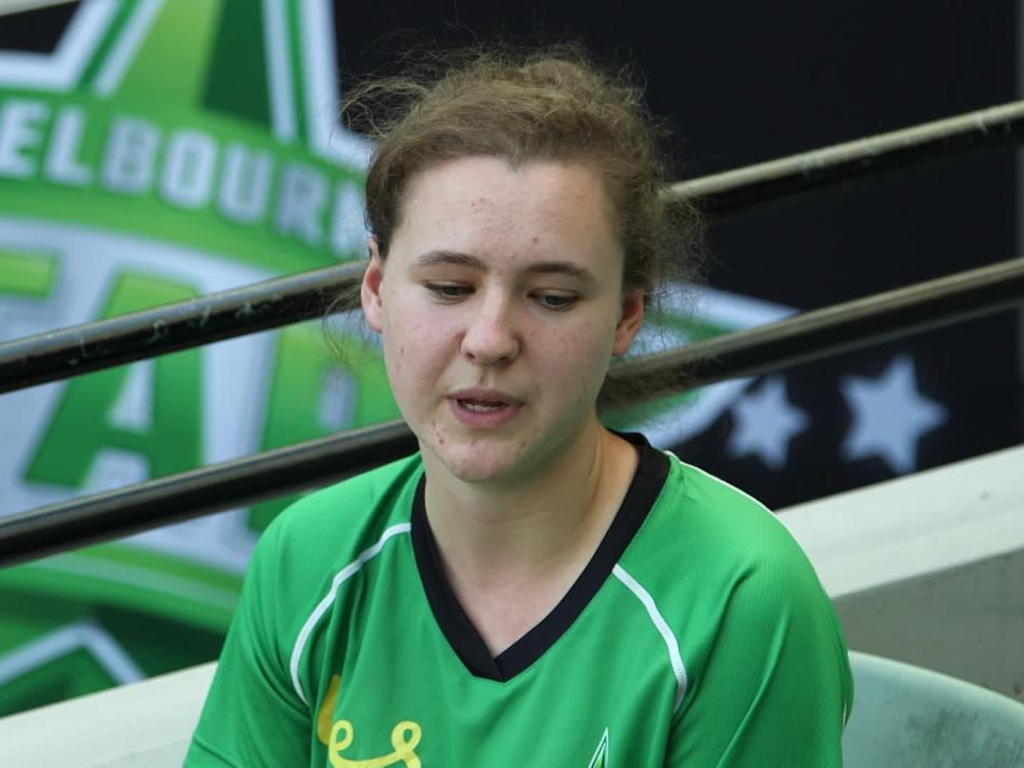 It has been a year to remember for Kathryn Bryce.

With cricket in Australia, Sri Lanka and the Women’s County Championship, a fiftieth Scotland appearance and an international tournament win under her belt, all whilst completing her first year at Loughborough University, the classy all-rounder has reinforced her position as one of the brightest stars in the Scottish game.  And with the third of a hat-trick of Women’s Scottish Cup winner’s medals to add to her collection, too, Scotland’s nineteen year-old vice-captain is able to look back over the past few months with particular satisfaction.

Prior to Scotland’s appearance at the ICC Women’s World Cup Qualifier in Sri Lanka Kathryn had the opportunity to work alongside some of the best players in the world as part of the ICC Associate Rookie Programme during the Women’s Big Bash, and with top-level cricket continuing back on home soil, too, 2017 has provided a priceless experience.

“The fortnight I spent with the Melbourne Stars was fantastic,” she said.“To be around that level of play and to see how they go about doing everything that they do within a competition was really great.

“And then I have been really lucky to be part of Warwickshire this year,” she continued.“It has been terrific to be around a few of the England girls and learn from them. Opening the batting with Amy Jones and being around high quality players more regularly has really helped my game.”

Bryce scored a Division One half-century against Nottinghamshire on her way to 241 runs at 30.13 as Warwickshire finished third in the table. With a 49-ball 73* for Birmingham Bears Women against Surrey in the T20 Championship, too, it represented an impressive first season.

“You get more good balls at this level,” said Kathryn.“There aren’t so many bad ones to put away so you have to find ways to score off those better deliveries. So the challenge is learning how to hit those good balls and be more precise, too, because the fielding is up a level as well.

“I am really enjoying being in this environment,” she continued. “Two Januarys ago I spent three months at the Darren Lehmann Academy in Adelaide which was probably my first experience of being in a setting that was totally professional.

“Doing fitness work four times a week and then training three or four times a weekand playing matches on top of that was great for me going into Loughborough where there is a similar set-up. The facilities at both are outstanding.”

Scotland’s principle assignment of the summer was the ICC Women’s World T20 Europe/Americas Qualifier in Stirling where, despite persistent rain and a narrow loss in their final match, Steve Knox’s side booked their passage to the Global Qualifier as tournament winners.

With 81 runs at an average of 27 Bryce’s opening partnership with Lorna Jack proved decisive as Scotland’s victories over the Netherlands and USA secured what became an unassailable net run-rate. For Bryce, however, it was the way in which the team reacted to the stop-start nature of the week that proved most satisfying.

“It was so difficult for the girls with the weather,” she said.“Sitting around not knowing when you are going to get on is always tough.

“When we did, though, we came together and put on a good performance pretty quickly. That was really pleasing and to get the win against Holland first up was a great way to start.

“They didn’t have a great game to be honest but that was something else that we did well, we didn’t have that poor game to put ourselves under pressure.

“The Dutch were much better in the second game, particularly in their bowling which was much more difficult to get away. The pitch hadn’t been covered for most of the week [after the original pitch had had to be abandoned due to standing water] so if the ball was in a good area it was hard to score from.

“But it was interesting to see the USA for the first time because we had no idea what they were going to be like.

“They showed a lot of character and put up a real fight and I think they could be a good team. They showed some great fielding at times and had some strong batters, too, so things are looking good for their future.”

For now, though, Kathryn is relishing the opportunity to recharge the batteries before her return to Loughborough at the end of September.

“We have a little bit of time off just now which is nice because we’ve not really had much since we were in Thailand a couple of years ago,” she said.“So we’ll look to recover and then get ready to go again.

“We’re looking forward to the next stage already, though. I think everyone will be ready to put in a massive effort and really push teams like Ireland and Bangladesh to try and get that spot in the World T20.

“That would be incredible.”