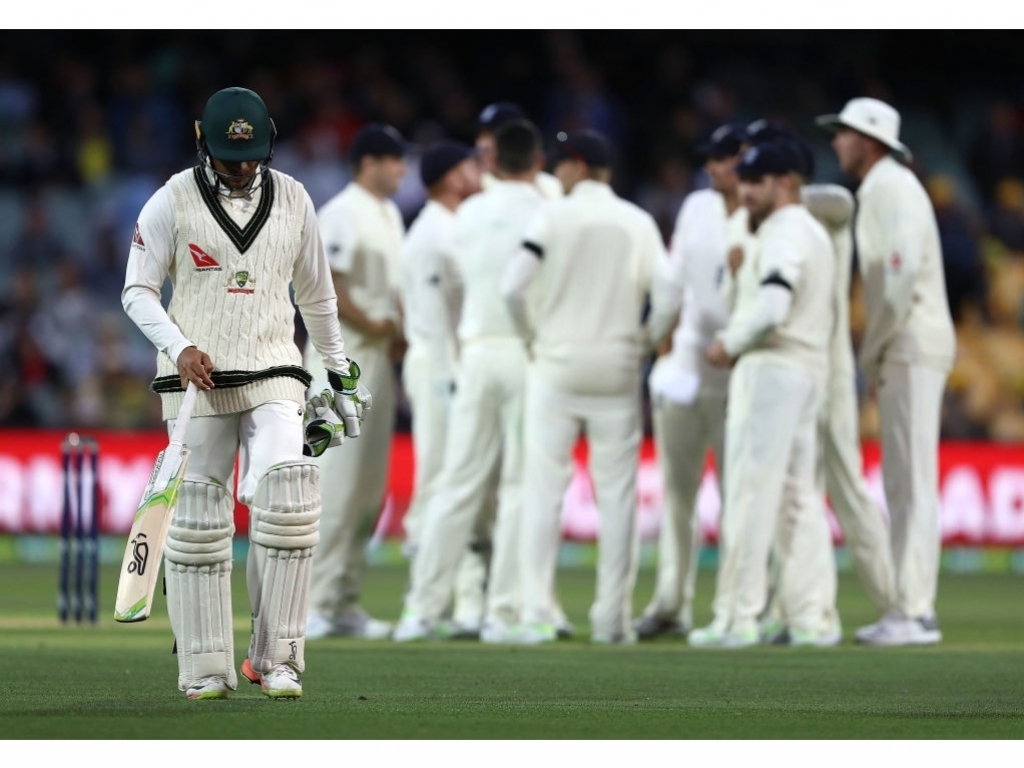 Australia middle-order batsman Usman Khawaja felt that his team's top order batsmen threw their wickets away after getting good starts.

Khawaja himself fell to a loose shot shortly after the dinner break to give Jimmy Anderson his first wicket of the day.

David Warner (47) and Steve Smith (40) also got starts while Cameron Bancroft (10) was run out after a long rain delay.

Khawaja said after play on day one of the second Ashes Test in Adelaide: "It was good, but Davey myself and Steve, all of us would've liked to go on with it a bit more, really set the game up and get a big one.

"You can't always do it but it's there in the back of our minds that we want more runs.

"We did have a good start today but there's more improvement to come from the top of the order. As the series gets on hopefully we'll see that."

Khawaja gave credit to Peter Handscomb (36*) and Shaun Marsh (20*) who navigated the night session without giving away any further wickets.

He said: "A lot of credit to both of them because it is a tough time to bat.

Usman Khawaja tried his best to forget this moment on day one 😂 #Ashes pic.twitter.com/rgYMvl5BQe

"Petey batted beautifully, he's obviously very different the way he goes about it, and Shaun as well.

"It's a pretty tough time to come in, you know that if you can get through that then the next day you can cash in a little bit more.

"If you lose a wicket there, at night time, it can be very tough work."

Australia were 209 for 4 at stumps with only 81 overs possible due to the rain delay.