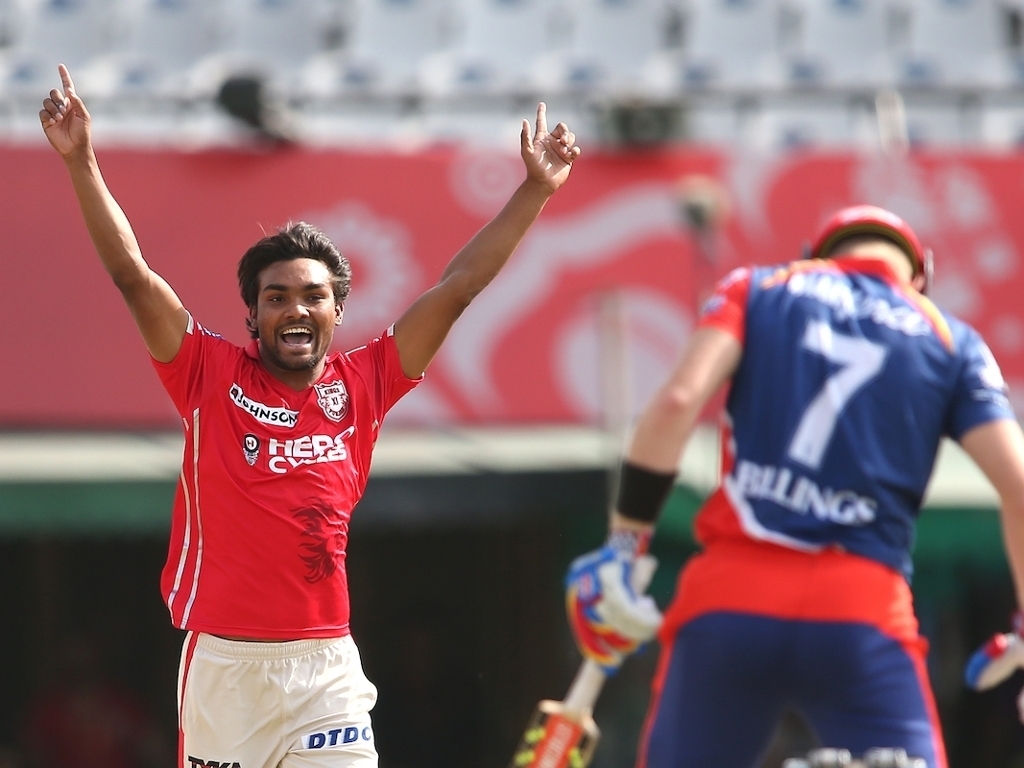 It was a one-sided affair as the Kings XI Punjab romped to a ten wicket win over the Delhi Daredevils having bowled them out for just 67.

The Kings XI bowling has been the subject of much criticism but they stepped up in Mohali with Sandeep Sharma the pick with his figures of 4 for 20.

Sandeep claimed wickets in each of his four overs having Sam Billings (0) nick off in the first over before claiming the wickets of Sanju Samson (5) and Shreyas Iyer (6) in his opening spell before returning to remove Kagiso Rabada (11).

Corey Anderson top scored with just 18 for the Delhi Daredevils with only Rabada and Karun Nair (11) able to join him in breaking into double figures.

DD scored at just 3.90 runs to the over in their innings which lasted 17.1 overs while the Kings XI took just 7.5 overs to chase down the target.

Martin Guptill was in no mood to hang about as he blasted his way to an incredible fifty off just 27 balls while Hasim Amla played a composed 16 off 20 at the other end.

The Kiwi blasted 3 sixes and six fours in his blistering knock with Mohammad Shami being the bowler who took the most damage going for 19 off his two overs.

A thumping win for the Kings XI https://t.co/XwvKPOl1Hf #VIVOIPL via @ipl

Kings XI skipper Glenn Maxwell said after the game: “That’s more like it. The last few games have been frustrating. Nice to put up a performance for the home crowd. The pitch played a lot slower than I thought it would. Expected it not to be different from the other night. It was nice to get through four overs as well.”

DD’s Nair said after the loss: “Very disappointing, it wasn’t a 67 all-out wicket. We lost too many wickets at the start. It was a lack of intent. It’s difficult to pull it back from there. What’s done is done, we need to pull up our socks and move on. I don’t think there was anything strange in the wicket, it was maybe a little slow, but definitely not a 67 all-out wicket.”