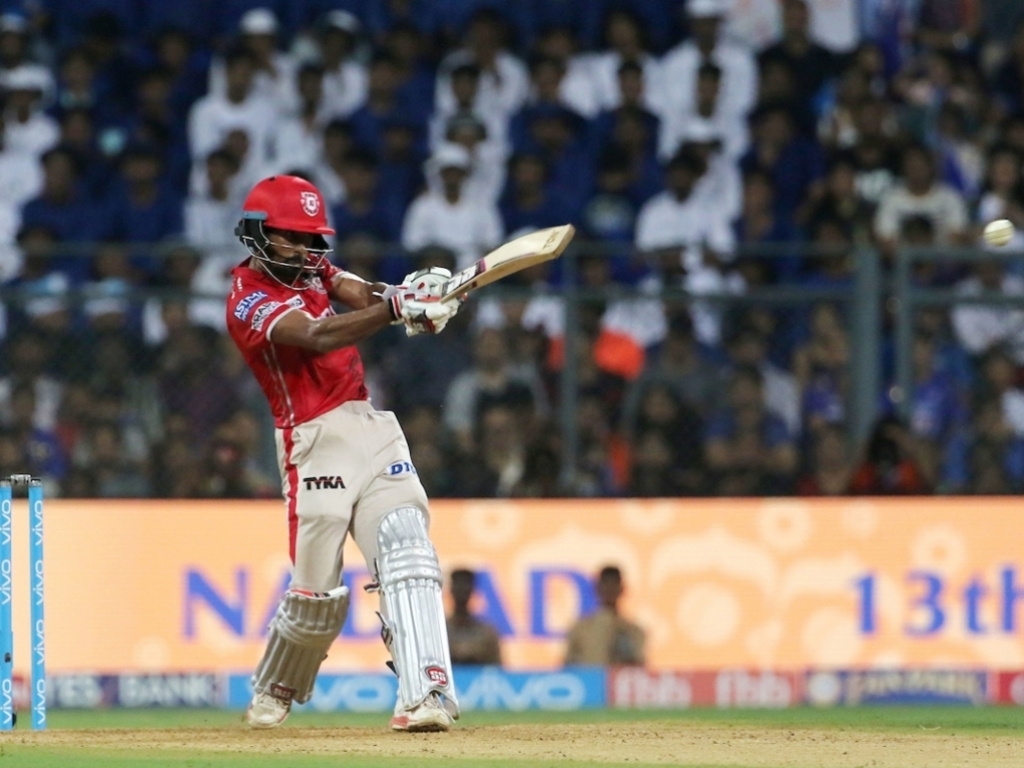 The Kings XI Punjab have kept their hopes of the playoffs alive with a tense win over the Mumbai Indians at the Wankhede on Thursday.

The Kings XI would have felt that the job was just about done halfway through the game after they posted 230/3 but the Mumbai Indians made them sweat.

With Hashim Amla back in South Africa the Kings XI opened with Wriddhiman Saha and Martin Guptill and the experiment paid off.

The pair blasted 68 for the opening wicket before Guptill (36) skied one from Karn Sharma which Hardik Pandya held well running back from mid-on.

Glenn Maxwell took it upon himself to come in and keep the innings rolling, smashing 47 off 21 balls to give his team and excellent platform from which to launch.

The Mumbai Indians, who top the table and have already qualified for the playoffs, took a fearless approach to the chase.

At times the Kings XI were there own worst enemies with Ishant Sharma falling in his follow through three times before missing a run out opportunity while Maxi himself dropped a catch on the boundary which he palmed for six and had a few more fielding mishaps.

Ishant was kicking butt tonight, pity it was his own https://t.co/fUWjmT6peW #VIVOIPL via @ipl

Lendl Simmons and Parthiv Pathel came out with great intent putting on 99 for the opening wicket before the latter holed out to Mohit Sharma for 38.

Simmons (59) might have thought he had hit Maxwell for six just a few balls later but Guptill leapt into the air to claim a spectacular grab.

Nitesh Rana (12) and Rohit Sharma (5) fell and it looked desperate for Mumbai but Kieron Pollard and Hardik Pandya came in and unleashed on the Kings XI to transfer the pressure.

Pandya blazed 30 off 13 balls before he nicked a wide full one which Saha took brilliantly behind the stumps.

Pollard looked to be getting the job done and despite losing Karn (19) he would haul Mumbai up to needing just 16 from the last over.

The big West Indian smashed the first ball from Mohit down the ground and turned for two with a poor throw from Maxwell allowing him to make his ground, however he got just one run for his effort as he turned having grounded his bat short of the crease at the bowler’s end. Some felt this was done deliberately to remain on strike.

Pollard smashed a six off the next ball leaving the equation as nine off four but two brilliant dot balls saw the game swing again before a third sealed the win with one ball left and while the big man got the run he needed for his fifty Mumbai fell 8 runs short of what would have been a record chase.

Skipper Maxwell was relieved after the match saying: “I thought my dropped catch may have cost us the game. We dropped two, missed run-out chances but for us to hold on the way we did, the credit to Sandeep and Mohit.

“Those two overs in the end were absolute class. It was dewy, the ball was slippery. It was tough work, to execute when the pressure was on, with a guy like Pollard out there, was outstanding. We played fearless cricket.

“Hashim led the way for us, today for Saha to get the reward was superb. We’ve thrown him up and down the order, been a little harsh on him, but he’s been superb. We still have some work to do, would be nice to sneak in through the back door.”