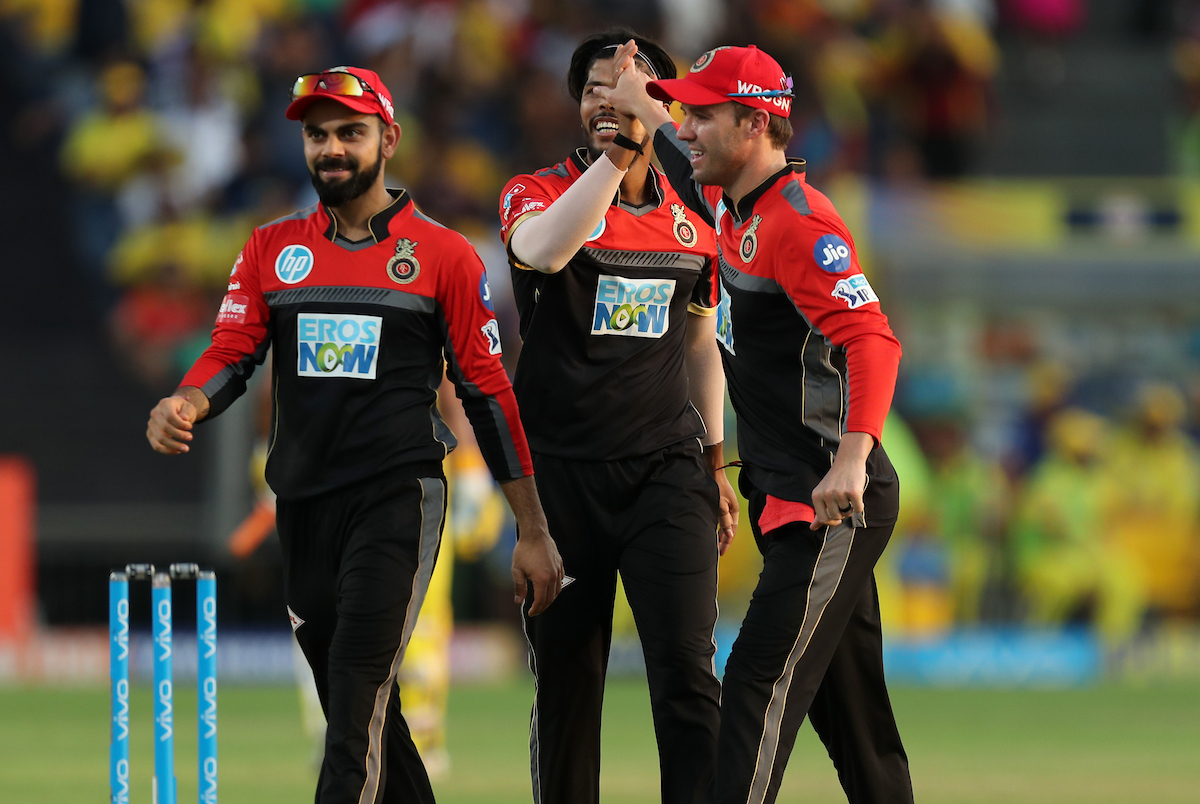 The Royal Challengers Bangalore knocked the Kings XI Punjab over for just 88 before knocking over the target with all ten wickets still in hand in Indore.

The win keeps Virat Kohli’s side in contention to make the playoffs but marks a continued slide for the Kings XI who made a great start to the IPL but have faded badly.

Umesh Yadav did the damage up front for the Royal Challengers removing the Kings XI Punjab’s main threat in the form of openers Lokesh Rahul (21) and Chris Gayle (18) .

Aaron Finch top scored with 26 and was the only batsman other than the openers to get into double figures, when he fell to Moeen Ali all hopes of a decent total went out of the window.

In response Kohli sent himself up the order to partner Parthiv Patel and the pair made short work of the chase.

Kohli ended on 48 not out while Parthiv hit an unbeaten 40 as RCB won with 29 balls to spare.

Speaking after the match Kohli said: “The last week has been crazy. We thought we were down and out. Suddenly the table opened up. Now we just need two wins from two. I think Kings XI thought we’d be a little initimidated by their batting line-up but the way they ran in they knew they coulnd’t make mistakes. We knew that they would try and go for big runs because they didn’t have their mystery spinner. We just kept them in doubt.

“[Toss] Very important, having seen results at this ground and knowing they didn’t have their spinner. We had chased 180 in the last game and we were in a good space coming into this. We want too take responsiblity as batsmen – you won’t always win the toss. We fancy chasing big totals as well. We love taking responsiblity.

“I think we’ve got the right kind of momentum. Other teams don’t want to play a team who are feeling good and have nothing to lose. It’s important to have the right mindset – not think too much about qualifying. ”

Kohli’s charges and Ashwin’s troops can both still qualify for the playoffs.