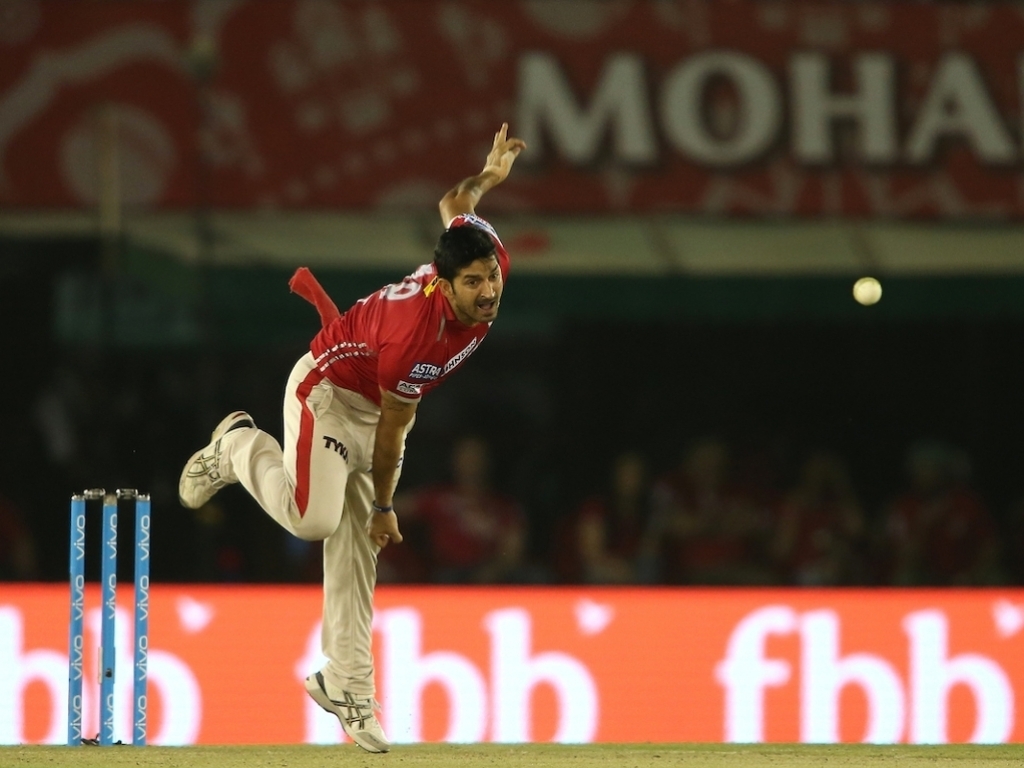 The Kings XI kept their slim hopes of making the IPL playoffs alive with a crucial win over the Kolkata Knight Riders in Mohali on Tuesday.

With star batsman Hashim Amla having left the squad to join up with the Proteas the Kings XI handed an IPL debut to Kiwi Matt Henry.

The Kings XI didn’t get off to the best start losing both openers in the powerplay with Manan Vohra (25) nicking off to Umesh Yadav in the fifth over before Martin Guptill (12) was trapped leg before by Sunil Narine.

Shaun Marsh (11) was nipped out by the highly economical Chris Woakes (2/20) who conceded just 10 from his first three overs.

Wriddhiman Saha (38) and skipper Glenn Maxwell (44) gave the innings some much needed impetus before both fell prey to Kuldeep Yadav (2/34).

The Kings XI didn’t get the big finish they were after but posted a decent score of 167/6 although with Chris Lynn and Sunil Narine opening for KKR any total is achievable for the men from Kolkata.

The Kings XI stay alive in IPL 10, have a look at all the maximums from their clash with KKR https://t.co/7s6DNVWS4n #VIVOIPL via @ipl

While Lynn came off Narine was bowled by Sandeep Sharma for 18 off 10 balls.

Lynn (84) kept going at a rapid pace but couldn’t find a partner to stick with him as Gautam Gambhir (8) and Robin Uthappa (0) were removed by Rahul Tewatia before Manish Pandey (18) fell to debutant Henry.

When Lynn was run out in the 18th over the momentum swung firmly in the Kings XI’s favour and they would keep the pressure on to score a win and give themselves some hope of hauling in fourth placed Sunrisers Hyderabad after a 14 run victory.

Maxi was thrilled that his team got up for the win saying after the match: “I asked for an improved performance on the field and certainly got that tonight. Axar Patel led by example on the field.

“I suppose the spinners came into the game, Rahul Tewatia bowled really well. As soon as that first ball spun, we realised we could get in a lot of overs from the spinners. We were able to get a couple of wickets in the middle, and kept them quiet till the end.

“We probably left ourselves maybe 10-15 short, but the way we scrapped on the field and the way we bowled, outstanding.

“They [bowlers] were probably at their calmest, they knew what they wanted to do and executed it well. Still hanging in there by the skin of our teeth, but we’re giving our fans something to cheer for.”