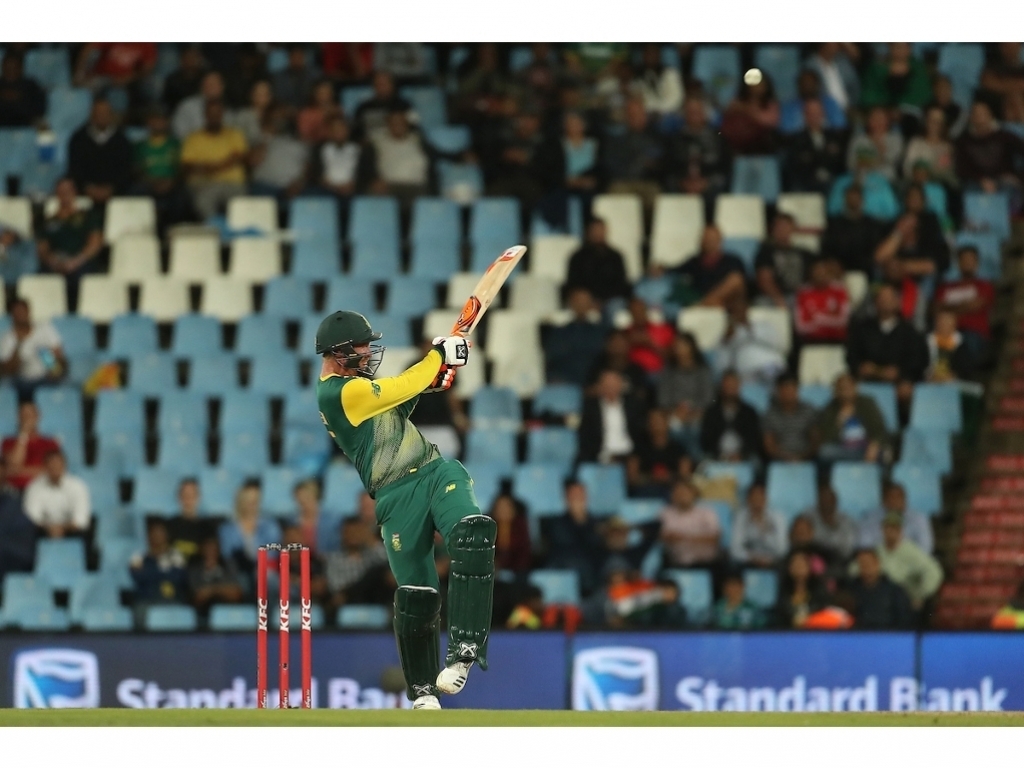 A masterclass knock of 69 runs off 30 balls from Heinrich Klaasen gave South Africa the impetus they needed to win the second T20 International against India, at Centurion, and take the series to a decider at Newlands on Sunday.

The scintillating knock from Klaasen was the difference between the two sides as the Proteas chased India’s 188 for 4 with 8 balls remaining to earn a well-deserved six-wicket win.

JP Duminy won the toss and elected bowl on a rainy day on the Highveld, where the curtain-raising women’s match was rained out before an innings could be completed. South Africa named an unchanged side, while Shardul Thakur made his T20I debut in the place of a stiff Jasprit Bumrah.

The capacity crowd was undeterred by the rain and the fact that it comprised almost as much Indian as South African support, provided a lively theatre for some T20 cricketainment. 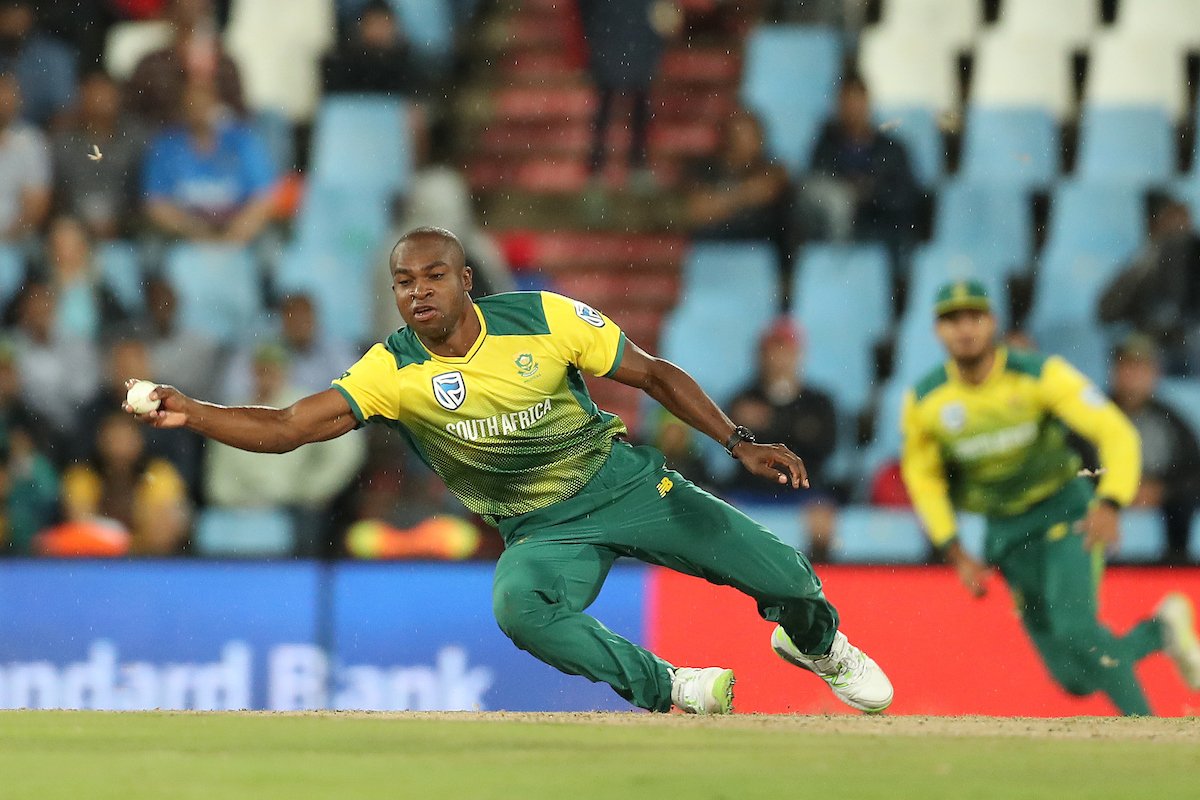 Conditions were trying when India began their innings and they lost three wickets inside the powerplay. Junior Dala (2-28) was the pick of the bowlers and accounted for two of those as he dismissed Rohit Sharma (0) and Virat Kohli (1) cheaply. Suresh Raina (31 off 24 balls) consolidated with Manish Pandey before taking on the South African attack.

Dane Paterson (0-51) was on the receiving end of a great deal of the clobbering, as he conceded 12.75 runs per over. His series figures of 0-99 from eight overs, with only seven dot balls in total, mean that the selectors will need their heads checked if they persist with a player that simply does not use enough variation for this level of this format.

Pandey (79 not out off 48) was sublime at a ground where I first remember his name being bandied about, while he struck a sweet hundred in the 2009 IPL. MS Dhoni (52* off 28) threatened to steal the show as he showed his ecstatic Indian fans that he was still an innings finisher par excellence.

189 represented a big target on a Supersport Park pitch that has been much slower than in the past but on a small ground under lights and with a fair bit of drizzle around to negate the Indian spin, the Proteas would believed in themselves.

Another disappointment from JJ Smuts (2 off 7) was not the ideal way to begin the chase. Hendricks (26 off 17) looked classy before Thakur got his maiden T20I victim. It was then that India’s luck ran out, however, as the spectacular Klaasen joined a sensible JP Duminy in a 93-run partnership from just 49 balls.

Klaasen’s look-in to the Proteas side came about through an injury to the distinctly out-of-form Quinton de Kock and he has certainly grabbed the opportunity with both hands. De Kock on form picks himself but Klaasen has done enough to be stay in the mix as a batsman, regardless of who wears the gloves in the future.

Klaasen’s innings came to an end through an edge behind off Jaydev Unadkat (2-42) but not before he had struck three fours and seven sixes and produced South Africa’s fastest T20 fifty against india and the fastest at Centurion.

Yet another fruitless effort from Dave Miller (5 off 6) saw the game in the balance once more with the score on 141 for 4, with 48 runs required from five overs. 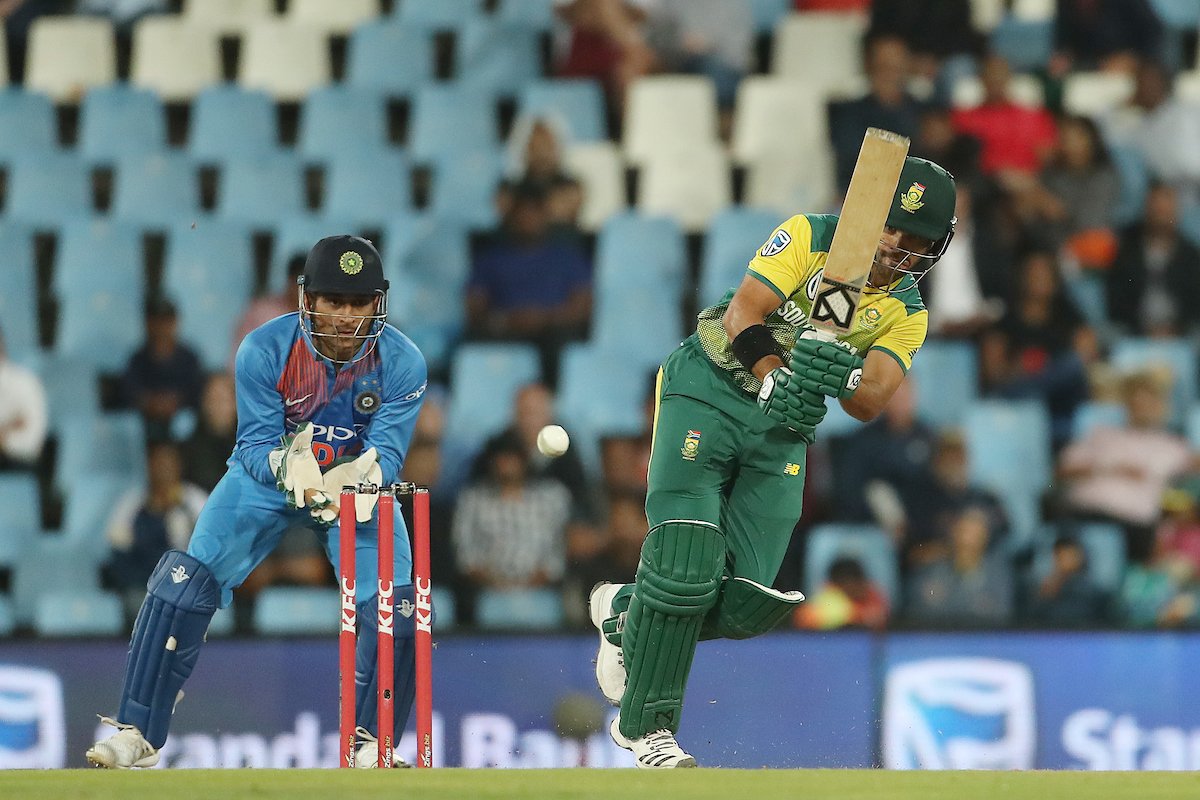 A mature effort by Farhaan Behardien (16* off 10) and his determined skipper Duminy (64* off 40) saw hosts home in convincing fashion. Duminy thus silenced his critics in style as he clubbed consecutive sixes to finish off the match.

Yuzvendra Chahal (0/64) got an absolute mauling at the hands of Klaasen and Duminy and went completely off the boil sending down a bizarre final over, the sixteenth of the chase, in which he might have had Duminy stumped and dropped Behardien.

Saturday’s tickets, for the last match of India’s tour, suddenly just became a lot harder to come by.