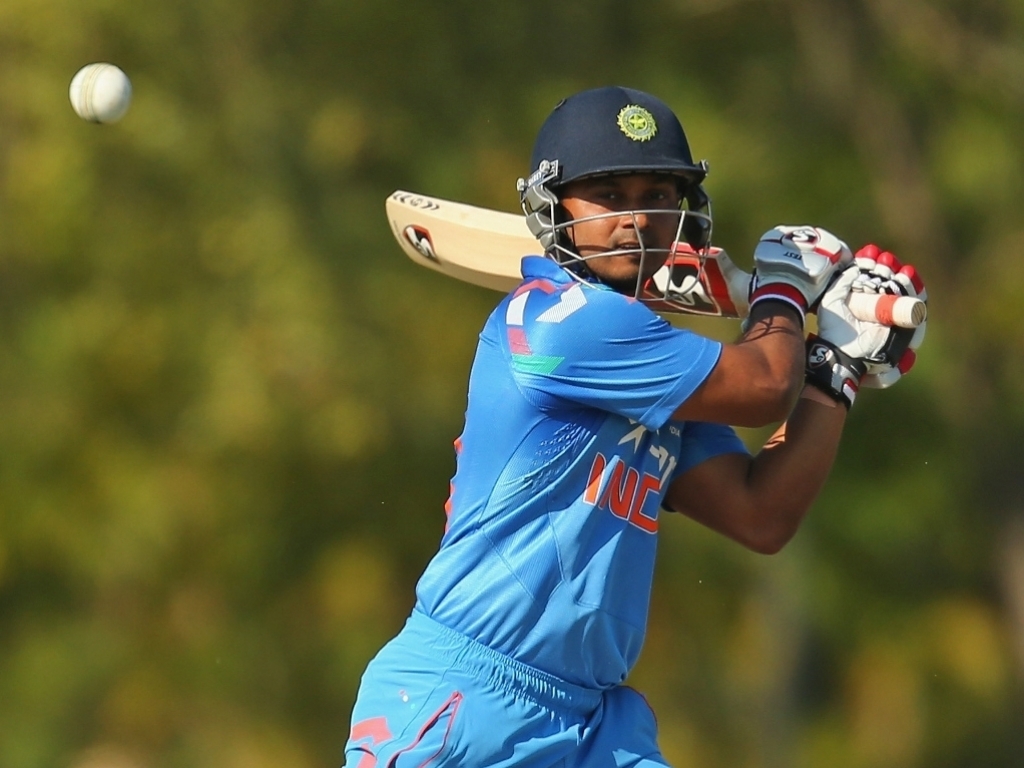 India skipper Virat Kohli has waxed lyrical on the subject of Kedar Jadhav’s 76 ball 120 that helped his team beat England in the opening ODI in front of his home crowd at Pune.

Kohli’s position as the ulitimate chaser was confirmed when he recorded his 17th 2nd innings ton at the 96th attempt but his incredible hundred was overshadowed by a remarkable knock from Jadhav.

Only South Africa and India themselves have chased down higher scores to win ODIs and Kohli said that having another player playing with belief boosted him and the team.

The skipper said after the win: “I think it was outstanding, just to have another guy that was willing to believe we can win from any situation was such a boost for me as well. If you want to give one man credit, it is Kedar Jadhav.

“They had four quick bowlers and he really tackled all of them really well. He put a lot of pressure on the spinners so they couldn’t come back into the game. I couldn’t believe some of the shots he played. He told me it was instinctive, but such was his talent.”

India found themselves in trouble when Jadhav entered the fray slumping to 63 for four after losing Yuvraj Singh and MS Dhoni cheaply and the quick scoring of Kohli and Jadhav put pressure back on England.

Kohli is renowned for his ability to score quickly without slogging but he was impressed by the way Jadhav went about the game, outscoring him and doing so with sensible cricket shots.

He would add: “Striking at 150 was outstanding and all clean shots; he didn’t slog the ball once.

“He was brilliant and that’s why we back him to play at No. 6. I think it was one of the best partnerships I’ve been part of. I think the best thing that came out was to counter-attack. I don’t think any of the wickets we lost was because of good balls; we committed errors.

“Kedar and I had a gut feel. We thought if we get the score past 150-160 together still with four down, we had a great chance.

“The pitch was even better to bat on in the second innings. The ball travels very fast here. We could hit sixes to put that pressure every now and then on the opposition. We chased 350 a couple of times before but not from 63 for 4. This is something really special and will stay with me for a long time.”

Kohli was pleased that he was able to bat with the young man for so long to help him through the mental and physical challenges of a big chase: “I’m glad I was out there with him, to keep pushing him.

“He was disappointed in the last series against New Zealand when he couldn’t get us across the line. Then he was again playing really well.

“I told him that the best place you can learn is out there in the middle. No point sitting outside and thinking what you could have done. So just push yourself a little more and you will understand how to do it again and again.

“You understand when a guy is trying to slog the ball or is playing good cricket – you don’t necessarily need to say too much at that stage and confuse him. Only when he was getting cramps, he was thinking about that. I told him to get the focus back on the game and take his mind off it (cramps).”

The India skipper doesn’t feel Jadhav’s inexperience counted against him in the chase and lauded the young man’s cricket brain.

He said: “I think one thing we keep talking in the change room is the number of games doesn’t matter, it’s how you use your brain in a tough situation in the middle.

“We all are good enough to hit the ball, it’s still fours and sixes. If you think too much on the lines of ‘I don’t know how to do this so I’m not sure If I can do this’ compared to just watch the ball and play it with the technique you know best and try to win the game from any situation, you become a better play than anyone else.

“There is no hard-and-fast rule of understanding the game over a number of games. You can get a great understanding of the game after 10 one-dayers; it doesn’t have to be 60, 70, 80. The sooner you learn the team benefits from it. This was another case of the same thing: all the 11 guys believing that we can win from any situation.

“When we went back in we got to know that five-six guys didn’t move from their position for the whole time me and Kedar were batting. That’s the kind of belief we have in the change room that yes we might be able to achieve something special today. That’s the only way you can win in team sport.”

Kohli is an extraordinary cricketer and even managed to surprise himself with some of his shots during the chase: “I can recall many moments when I felt like ‘I didn’t do this, I don’t know how it got executed’ but I’ve always spoken to all the guys on the same thing – If you are focused on the goal, the target you want to achieve, you don’t necessarily need to think too much about the game – in terms of your personal runs or where you stand at the game.

“If you’re thinking team, team, team all the time, you end up playing shots or doing things you don’t quite believe before achieving them. When you are in momentum, you’re able to play the kind of shots that, if you’re in pressure, you won’t be able to play. It’s as simple as that.”