Kohli not daunted by the prospect of facing an aggressive England 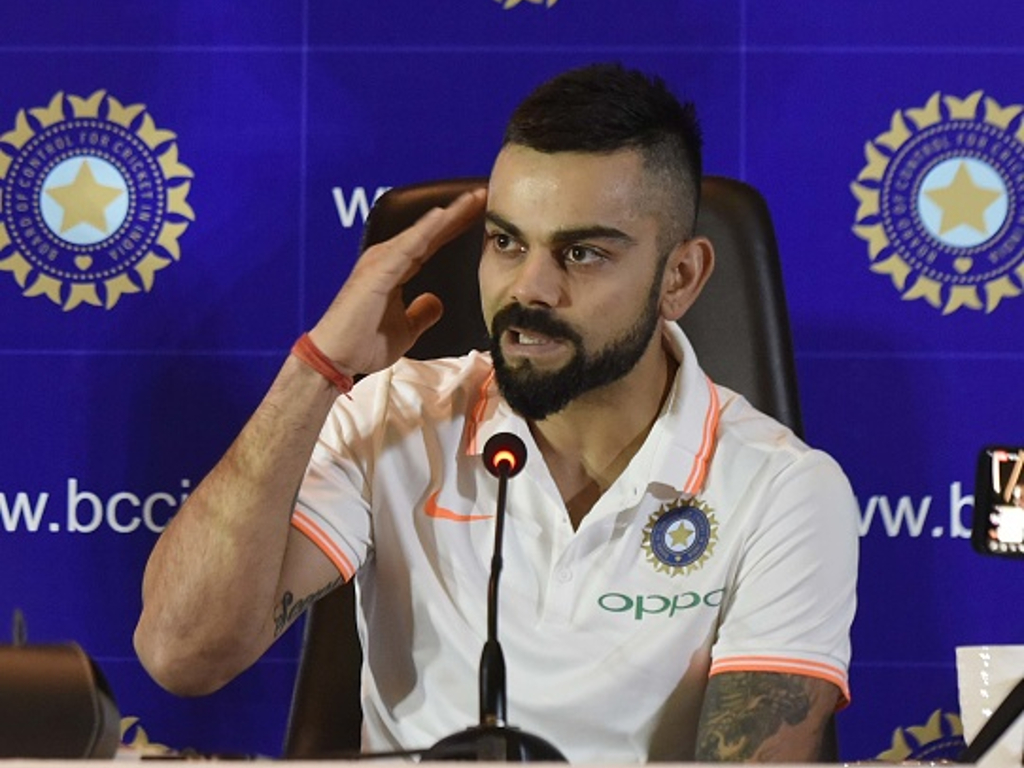 India skipper Virat Kohli feels that India have the batting power to go toe to toe with England in their upcoming white ball clashes.

Speaking after India shredded Ireland in their second T20I in Dublin Kohli said he was confident that his team could match England in every respect.

India beat Ireland by 143 runs at Malahide as a strong batting display from Lokesh Rahul and Suresh Raina, late hitting from Hardik Pandya and fine spin bowling from Kuldeep Yadav and Yuzvendra Chahal proved far too much for the hosts.

Kohli said after the win: “Just the right kind of momentum we needed. Pretty happy that we got in balanced performances.”

India’s main selection problem right now is who to leave out with a number of players finding form at the right time.

The skipper added: “I’m having a headache right now about who to pick. It’s a healthy sign, guys shining through coming from the bench as well. It’s a great phase for Indian cricket.”

Kohli backed Kuldeep and Chahal to cause England problems in the forthcoming three match T20I series.

He said: “For us the opposition does not really matter. We know if they come hard, we have the batting power to go hard as well. Plus we have to wristspinners. It’s going to be a competitive series against England.”

It’s all over. India have bowled us out for 70, our second lowest total in a T20I. India win by 143 runs, the second biggest win by runs in T20I history.#IREvIND #BackingGreen pic.twitter.com/GBJCqvBESb

The India skipper has helped raise the bar when it comes to what is expected from India’s cricketers but says that maintaining those standards is not a problem as everyone knows what is expected of them when they pull on an India jumper.

He quipped when asked about maintaining a relaxed but professional environment: “Not difficult at all. The system has been laid. The benchmark has been set. No one takes anything for granted. That’s something you have to leave to the players and trust them to do the right things for the team. They’ve accepted that responsibility with both hands. I don’t have to poke anyone to try harder as a captain. It takes a lot of load off the management.”