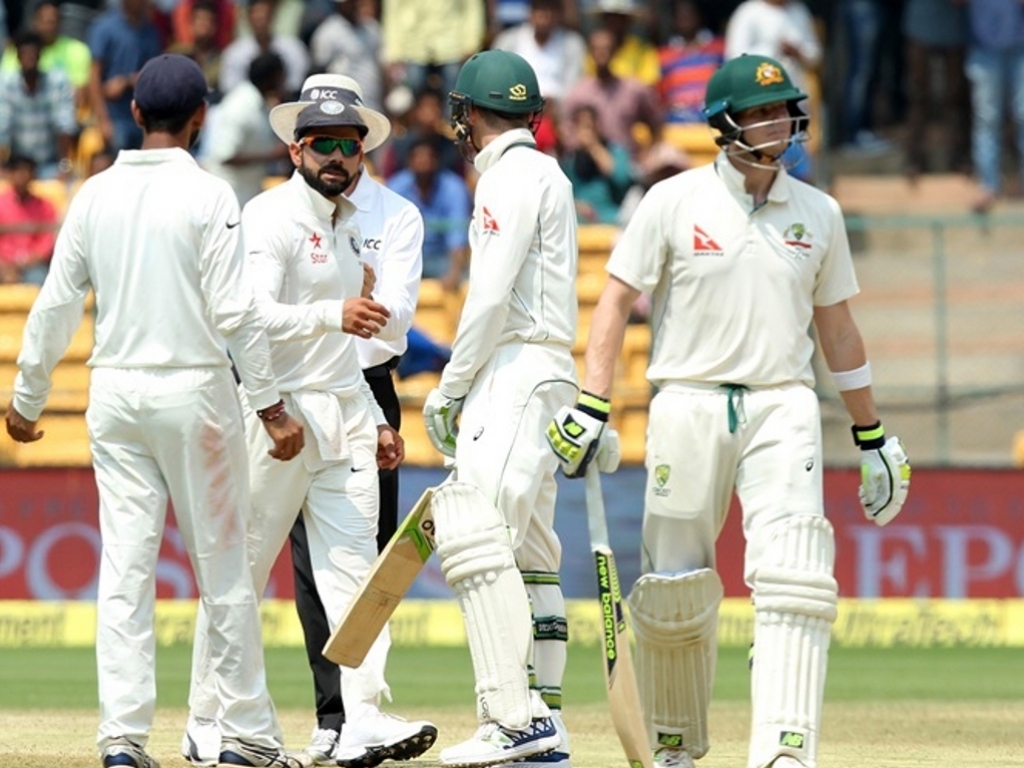 India skipper Virat Kohli has sharply criticized his opposite number Steve Smith after the Aussie captain appeared to look to the dressing room for advice on a DRS referral.

Smith was hit low on his front pad squarely in front of the stumps by a ball that died on the pitch and was given out leg before.

The skipper then turned towards the dressing room while considering a DRS review the umpires quickly came across to Smith to order him from the field with a peeved Kohli in tow.

Smith admitted that what he did was wrong but described it as a brain fade in his post match interview.

The Baggy Green skipper said: “I got hit on the pad and looked down to Petey [Handscomb] and he said look up there, so I turned around and it was a bit of a brain fade on my behalf. I shouldn’t have done that.

“I was looking at our boys, so shouldn’t have done that and it was a bit of a brain fade”

Kohli feels that this was not an isolated incident and claims that he had already brought this sort of behaviour to the attention of the umpires.

Umpire Nigel Llong dealt with the issue swiftly but Kohli remained angry even after India recorded a series leveling win in Bangalore.

“Under no circumstances is any player permitted to query an umpire about any aspect of a decision before deciding on whether or not to request a Player Review.

“If the umpires believe that the captain or batsman has received direct or indirect input emanating other than from the players on the field, then they may at their discretion decline the request for a Player Review.

“In particular, signals from the dressing room must not be given.”

Kohli stopped short of labelling the Australians as cheats when quizzed replying: “I did not use that word, you did.”