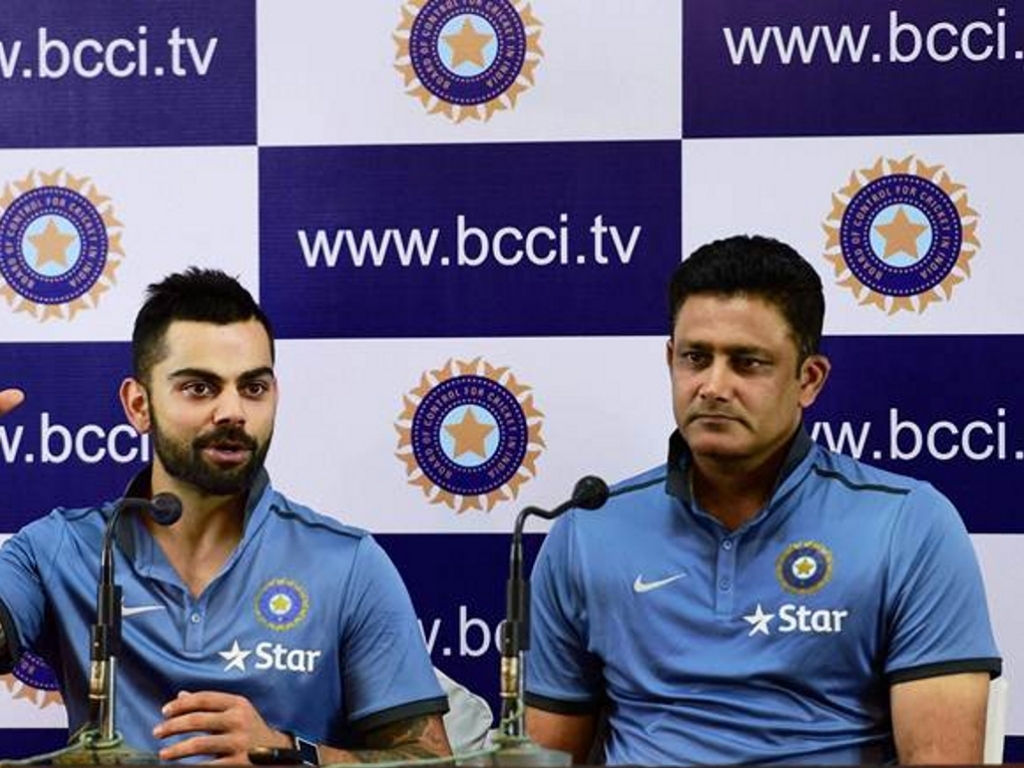 India coach Anil Kumble says he has no intention of instructing skipper Virat Kohli to dial back the level of aggression he has shown against Australia so far.

Tensions threatened to boil over after India’s win over Australia in Bangalore when Kohli implied that the Baggy Green had been engaging in systematic DRS cheating during the second Test.

This came after Aussie skipper Steve Smith looked to the dressing room after being given out leg before at the suggestion of Peter Handscomb and in clear contravention of the rules of the game.

Kohli has not backed down from any of the verbal thrown at him by Australia and has been accused by Aussie veterans of trying to ramp up the crowd.

The skipper has given more than one of the Australian batsman an exuberant send off especially during the tense conclusion of the second Test.

Kumble told the media ahead of the third Test: “I don’t want to curb any natural instinct of the players as long as they go out there and do what is expected of them.

“I don’t think we need to read too much into the aggression.

“Every player has his own way of having a game face and that’s what you want.

“You want everyone to go out there and show what they are capable of. This is a very important series. It’s 1-1. Both teams will come hard in this game. I’m sure cricket will be the winner.”

Kumble feels it is important that the rules and integrity of the game are protected but lauded the decision of the BCCI to issue a joint statement with Cricket Australia to out to bed the DRS scandal that threatened to overshadow what has been a stunning series.

He added: “As custodians of this great game, we believe it’s important that we look after the game. Key stakeholders are the players and they certainly understand their responsibility.

“I think what was important was to focus back on the game. I am very glad the BCCI took a very matured call with Cricket Australia and issued a joint statement that cricket needs to move on and moved out from whatever happened in Bangalore.

“That I think is important because focus has to be on the game. I thought we made a really fantastic comeback after losing the first Test. It was very rewarding.”