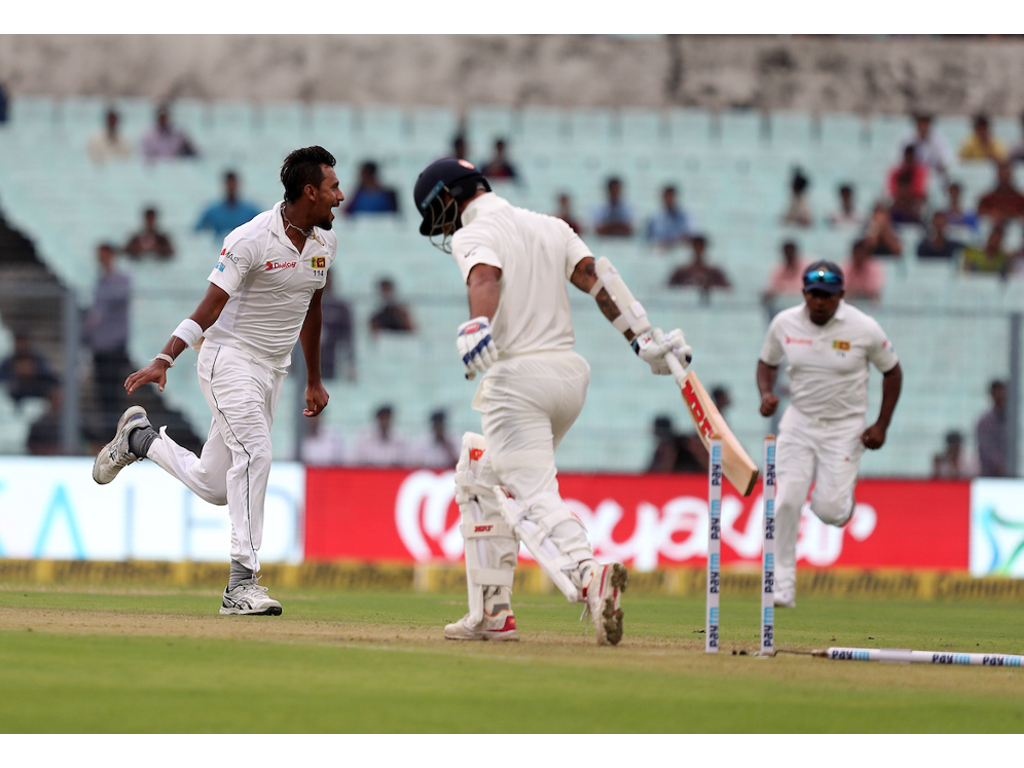 Just 11.5 overs were bowled on day one of the first Test between India and Sri Lanka at Eden Gardens in Kolkata.

Rain and bad light plagued the game which was played on what looked like a seam-friendly pitch.

The seamer picked up three wickets in his six overs while not conceding a single run.

Lakmal found a nagging line early on and would remove Lokesh Rahul with the first ball of the day, a delivery that pitched on off stump and seamed away taking an edge through to the keeper.

A rash shot from Shikhar Dhawan saw him chop Lakmal on after he had moved to 8 and India to 13.

Lakmal would then trap Virat Kohli leg before for a duck, the India skipper would review but the DRS process returned an umpire’s call verdict.

The light was a constant problem and when Chetehswar Pujara (8*) played and missed the light meters came out and play was stopped.

India are 17/3 at stumps on day one the wicket looks such that a result will be possible despite the lost time.