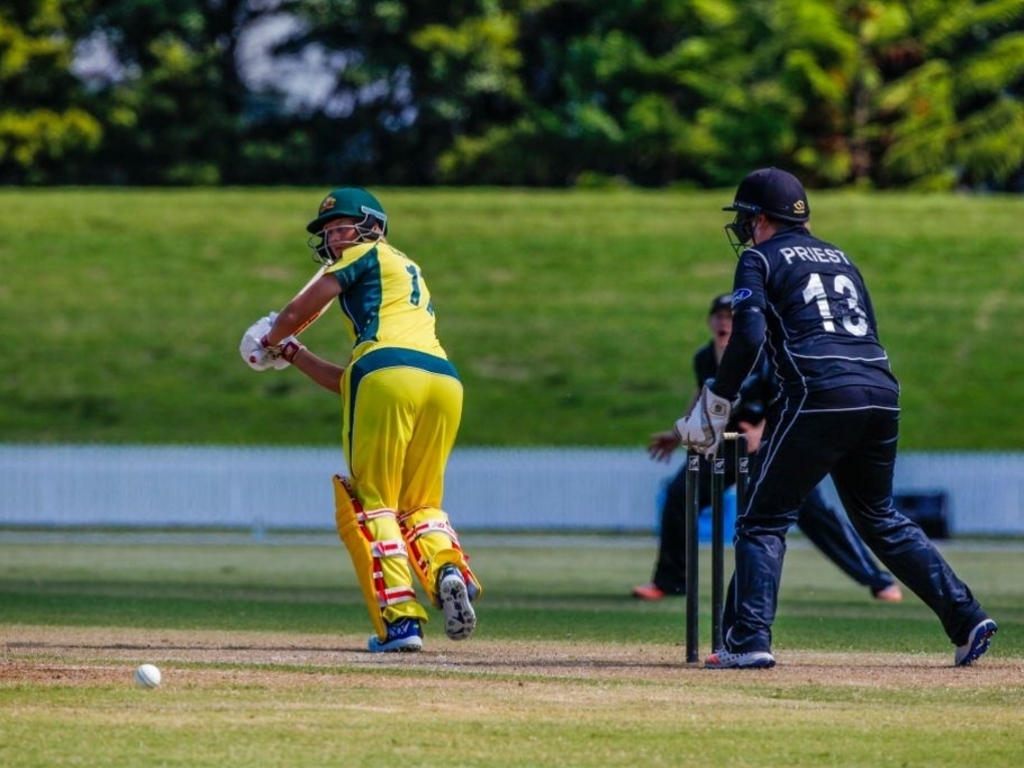 The Southern Stars have claimed a five-wicket victory and 2-1 series win against New Zealand at Bay Oval to maintain its stranglehold on the Rose Bowl trophy.

After winning the toss and electing to field, Australia were set a big challenge with half-centuries to Rachel Priest (77) and Katey Martin (77) helping the home side post a competitive 270/9, while Jess Jonassen (3-47) and Ashleigh Gardner (3-56) did the bulk of the damage with the ball.

Australia suffered an early setback in reply, with opener Nicole Bolton (0) bowled by Holly Huddleston (3-44) in the second over.

Fellow opener Beth Mooney continued her terrific form, hitting nine boundaries on her way to an impressive 69 off 73 balls to put Australia in a strong position before being run out by Suzie Bates.

Captain Meg Lanning (104*) then continued on from where Mooney left off, compiling her tenth ODI century but Australia’s momentum was halted when Huddleston removed middle-order duo Ellyse Perry (1) and Elyse Villani (37).

Needing 26 of 30 balls, the experience of Lanning and Alyssa Healy (21*) proved too much as they saw Australia home with four balls to spare.

Lanning’s century takes her past former England captain Charlotte Edwards (9) as the player with the most ODI centuries and two centuries clear of fellow Australian Karen Rolton (8).

The win also extends Australia’s reign as the holders of the Rose Bowl trophy to 18 years.