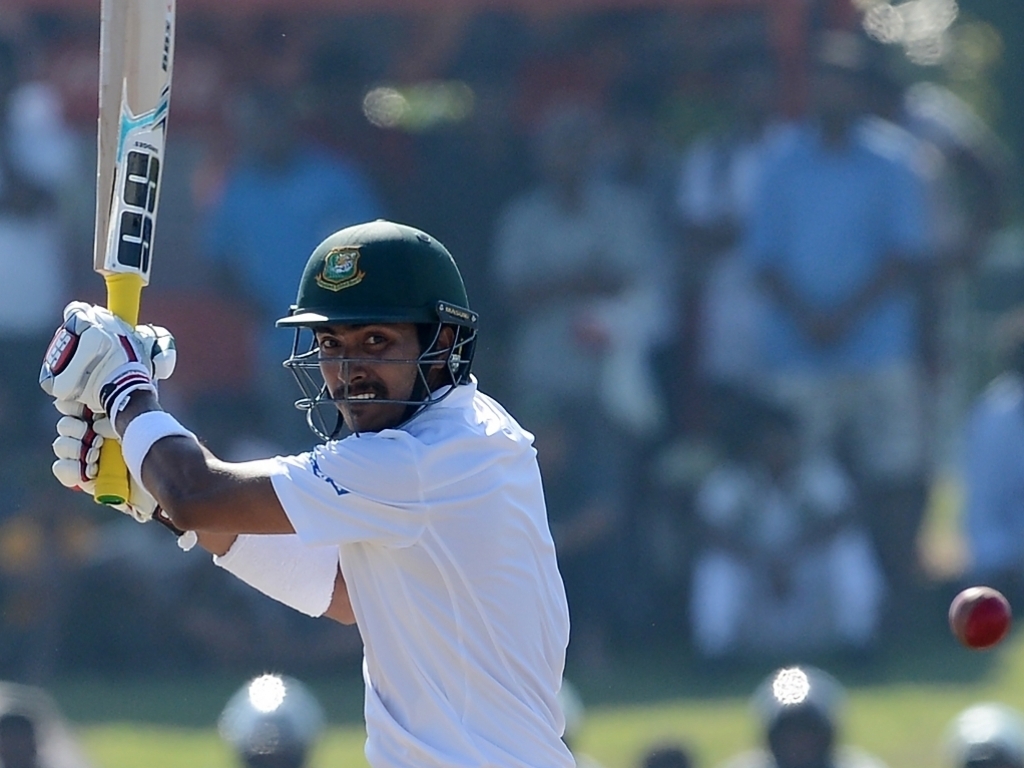 Sri Lanka edged ahead in the first Test against Bangladesh in Galle as the Tigers reached 133/2 by the close of play on day two trailing the hosts by 361 runs.

Earlier Bangladesh had bowled Sri Lanka out for 494 with Mehedi Hasan ending as the pick fo the bowlers returning figures of 4 for 113.

Sri Lanka resumed on 321/4 with Kusal Mendis and Niroshan Dickwella at the wicket.

Mendis fell just six runs short of a maiden Test double ton as he recorded a career best 194 before an attempt to clear the boundary rope was caught by Tamim Iqbal who had to toss the ball up and return to the field of play to complete the catch.

Dickwella was in no mood to hang about, is he ever though, smashing 75 off 76 balls before he was unable to resist a delivery tossed up by Mehedi and was caught on the midwicket boundary.

Dilruwan Perera (51) struck his third Test fifty as he tried to rally the tail but the hosts are thin on batting from eight down and they were soon bowled out.

Soumya Sarkar and Tamim Iqbal got Bangladesh off to a great start putting on the third highest first innings opening stand for their country.

Sarkar would get an early reprieve as Dilruwan put him down when he had yet to score. 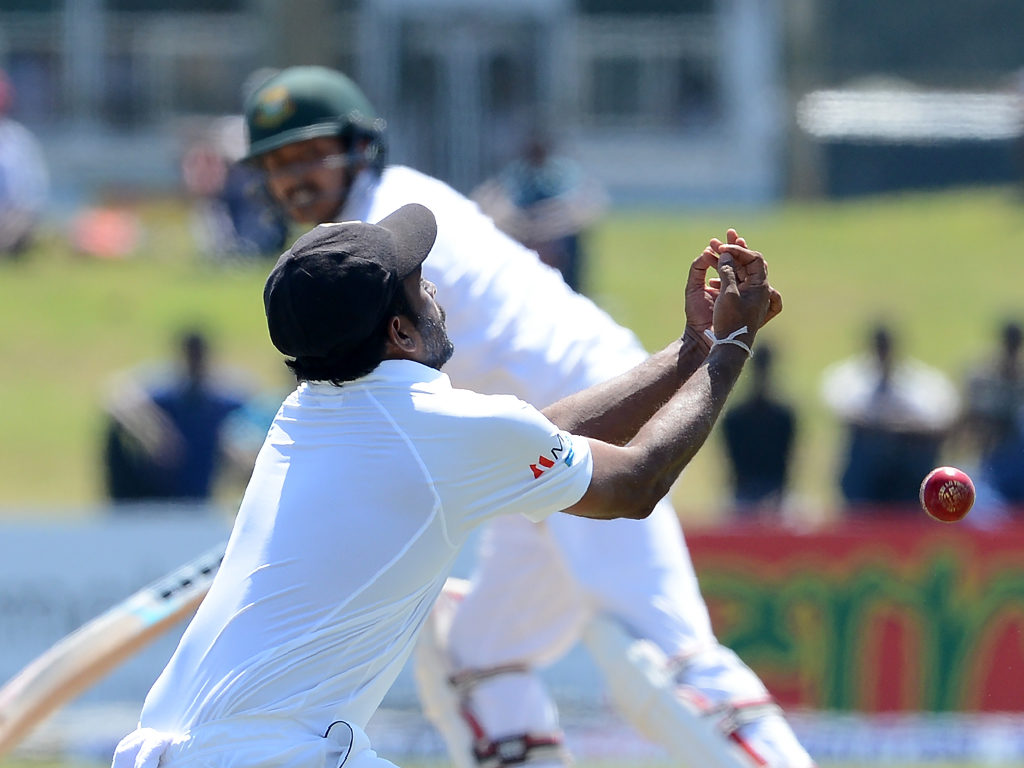 Tamim (57) would then run himself out in farcical circumstances to gift Sri Lanka a breakthrough. Lakshan Sandakan fired one down the legside which Tamim tried to glance down to fine leg, there was a big appeal for caught behind as the keeper held it then the confused batsman set off down the pitch unsure where the ball was, the appeal really should have provided a clue, and Dickwella removed the bails to run him out.

They say one brings two and sure enough Dilruwan produced a textbook offbreak that trapped Monimul Haque leg before for 7.

The Tigers moved to 131 by the close with Sarkar reaching 66 and his skipper Mushfiqur Rahim with him on 1.

Bangladesh will hope to bat out day three on a surface that remains flat although it should start to take more turn as the game progresses.