Late wickets give Australia the edge 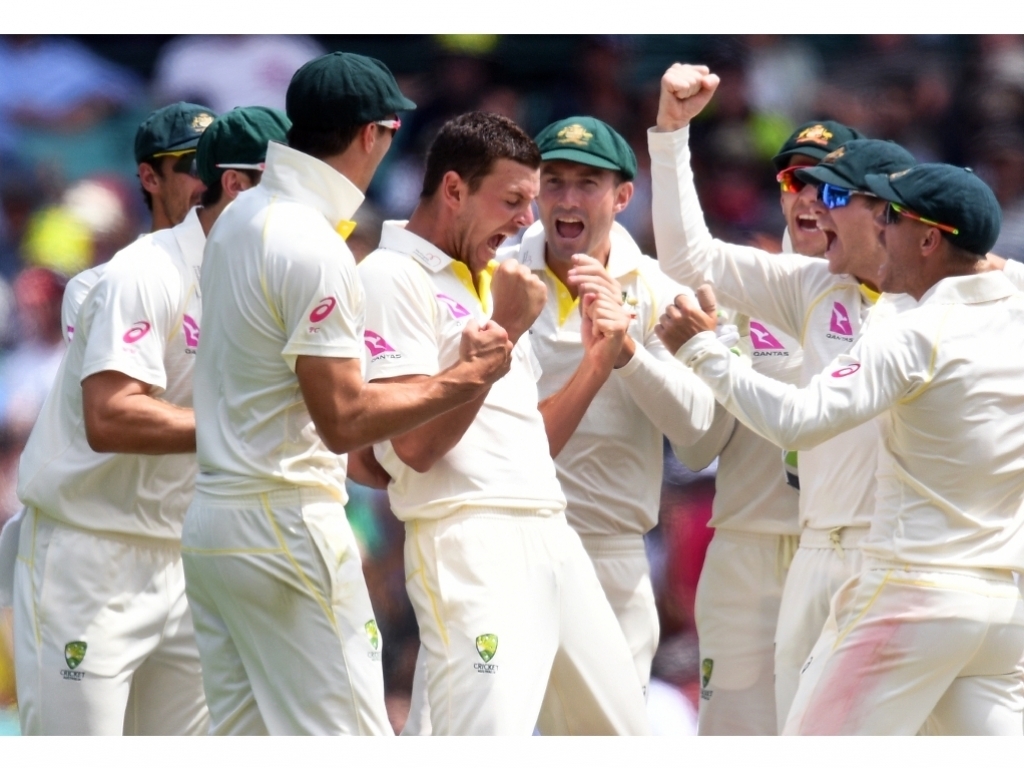 A brace of late wickets for Australia left England 233 for 5 by stumps on day one of the fifth Ashes Test in Sydney.

The first session of the day was lost to rain but eventually Root would win the toss and elect to bat first under a cloudy sky.

Leg spinner Mason Crane debuted for England while Australia were able to return Mitchell Starc to their XI.

Mark Stoneman (24) showed intent early on but was undone by a short ball from Pat Cummins and England were 28 for 1.

Cook was stoic in his resistance but didn’t look nearly as comfortable as he had done in Melbourne while James Vince failed to make the most of another start.

Vince (25) lost patience and slashed at a wide delivery from Cummins to leave the tourists 88 for 2.

Not long after Cook (39) was trapped leg before by Josh Hazlewood on review with the replays showing the ball just pitched in line with off stump and was tracked to be going on to hit the stumps.

Root was able to score a little more freely than most of his counterparts and he would dominate the stand with Dawid Malan at least in the early going and prevented Australia from taking the opening day.

Malan brings up a gritty fifty late on day one at the SCG! #MagellanMilestones pic.twitter.com/yd6EBjn32J

The England skipper was the first batsman to pass fifty on the rain-hit day and would add 133 with Malan (55*) to put his team in a decent position at the end of the first day.

Late in the day Starc was seen feeling his previously injured heel and he looked far from his best while conceding ten runs in the 77th over of the day.

Starc would however find a way to dismiss the England skipper with very little time remaining on day one.

Root (83) was caught by a diving Shaun Marsh at square leg having already sent Starc to the boundary twice in the over and his inability to turn fifties into hundreds will once again be up for discussion.

A super catch from Mitch Marsh late in the day and Joe Root can't believe it! https://t.co/vhFwlbdpM8 #Ashes pic.twitter.com/B16jMP8MJy

The loss of the skipper late one left the day hanging in the balance with Jonny Bairstow joining Malan.

Bairstow (5) survived a review late in the day having got an inside edge onto a searing Starc Yorker but Hazlewood would find the edge of his bat in the very next over to send the keeper packing and leave England reeling.

The wicket brought an end to play with 81.4 overs bowled.